When we spoke with John Cooney, on Sunday for House of Rugby Ireland, the Ulster scrumhalf was at home in Belfast and hoping to get a heads up about the 2021 Six Nations.

"The squad is named tomorrow," he said, "so I'm either getting a phone-call tonight, to tell me I'm not [in it], or I'll find out tomorrow. That would give me some inspiration to keep going.

"Otherwise, I'd be lying to say it would be a little bit difficult to stay motivated for the next four weeks [without an Ulster game]. Luckily, I'm quite vain so I'd probably just stay in the gym, to keep the body moving!"

This morning, that Ireland squad was announced and Cooney was not in it. Despite enjoying another excellent season for Ulster [five tries, six try assists, 114 points and three Man of the Match awards in 11 games], the Dubliner has been left out in the cold again.

On the latest House of Rugby Ireland episode, Cooney (LISTEN below) spoke with hosts Eimear Considine and Ian Madigan about dealing with set-backs, setting new goals and striving to bring silverware to Ulster. 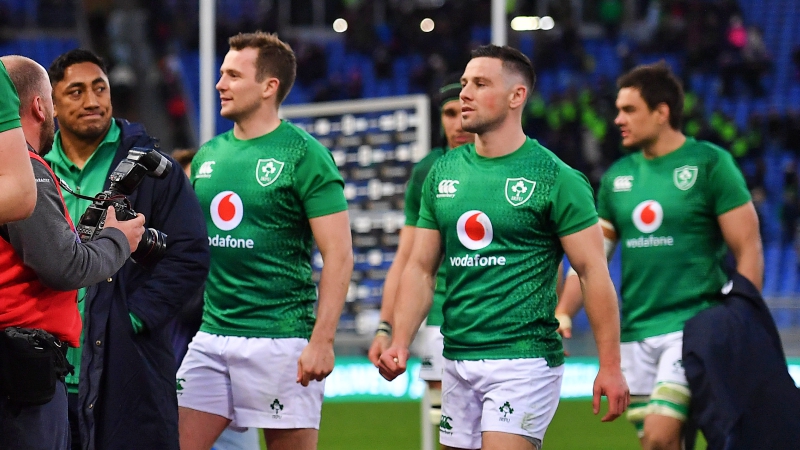 Jack Carty and John Cooney are the two unluckiest players to miss out on Ireland selection. (Photo by Brendan Moran/Sportsfile)

Andy Farrell's squad selection has definitely been made with one eye on the 2023 World Cup. Conor Murray and Jamison Gibson-Park look set to duke it out for the No.9 jersey, with Munster's Craig Casey in there for some big-time experience.

Forward-planning is the only reason why Casey, who is promising but still learning his trade, would be selected ahead of multiple title-winner Luke McGrath or Kieran Marmion, who was part of two Ireland teams to defeat the All Blacks. The toughest pill to swallow, though, is Cooney.

END_OF_DOCUMENT_TOKEN_TO_BE_REPLACED

Here we have a dynamic, confident player that can not only do the duties asked of him but keep opposition defences guessing, and on the back-foot, with his running abilities. Conor Murray showed glimpses of his 2012 to 2018 form against Leinster, at the weekend, but he seems to have back-pocketed that carrying, sniping threat that was, for so long, a staple of his game.

Go back 11 months and Cooney was 100% going to start against Italy in the 2020 Six Nations. Ireland had been flaked by England, at Twickenham, and Farrell was bringing in the Ulster player to take on the Italians. Had he played well, he would have been a live contender to start a potential Six Nations decider against France, in Paris.

As we know now, the Covid-19 pandemic nixed the tournament until October. By that stage, Cooney's stellar form over the past four seasons had dipped and Alby Mathewson was pushing him hard at Ulster. Gibson-Park and Murray had the honours as the tournament ended and the Autumn Nations Cup took place. But it did not take Cooney long to rediscover his best form. Against Toulouse and Gloucester, in Europe, he was immense.

What makes it even harder for Cooney to take will be the fact that he narrowly missed out on squad selection. Even though Farrell named 36 players in his final squad, another eight or nine were on the long-list before the ultimate debate between Farrell and his coaching staff began. With Ulster not involved in league action, several of their senior squad were told to keep up a full training schedule, with a view to the Six Nations. Three of the Ulster players that did so subsequently missed out. 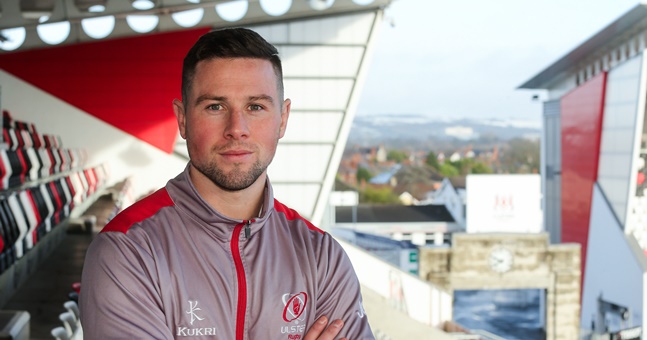 Darren Cave once remarked that, under Joe Schmidt, his face did not fit with Ireland. There are just five Ulster players in the latest Ireland squad of 36 players, despite their fine season so far [they are top the PRO14's Conference A] and it will take a major midfield injury crisis for Stuart McCloskey to get a sniff of a championship game.

For Ulster fans, their consolation is that Cooney has show in the past that he can use these set-backs as fuel. He is also contracted up until 2022 and is not only of the 60-odd Irish players seeking a new deal during these uncertain times.

For Cooney, there is absolutely no consolation.

He was never given the fair shake at an Ireland career that his club form, and all his obvious skills, merited. That one is on Ireland, not him.