"Cooney is playing out of this world right now... but it's still Conor Murray"

If were down to form alone, John Cooney would be one of the first names on the Ireland team sheet.

If only it were that simple. It never seems to be for John Cooney.

Having moved from Leinster to Connacht after his successful loan spell, the goal-kicking scrumhalf has put together five consistent and impressive seasons. This season could top the lot.

Cooney missed out on World Cup selection with Ireland and went back to Ulster to pour all his energies into 2019/20 with them. He has, so far, started 10 of their 11 matches, been man-of-the-match on three occasions, scored seven tries and kicked another 87 points off the tee.

On Monday, the Dubliner was named in Andy Farrell's 45-man panel for a mid-season get together at the IRFU's swanky High Performance Centre. He was one of five No.9s invited in to catch up with Farrell and his team, along with Conor Murray, Jamison Gibson Park, Luke McGrath and Caolin Blade.

On the latest episode of Baz & Andrew's House of Rugby [from 22:00], Barry Murphy, Andrew Trimble and Jerry Flannery discussed Cooney's form and his prospect of forcing his way into Ireland's starting XV for the Six Nations. 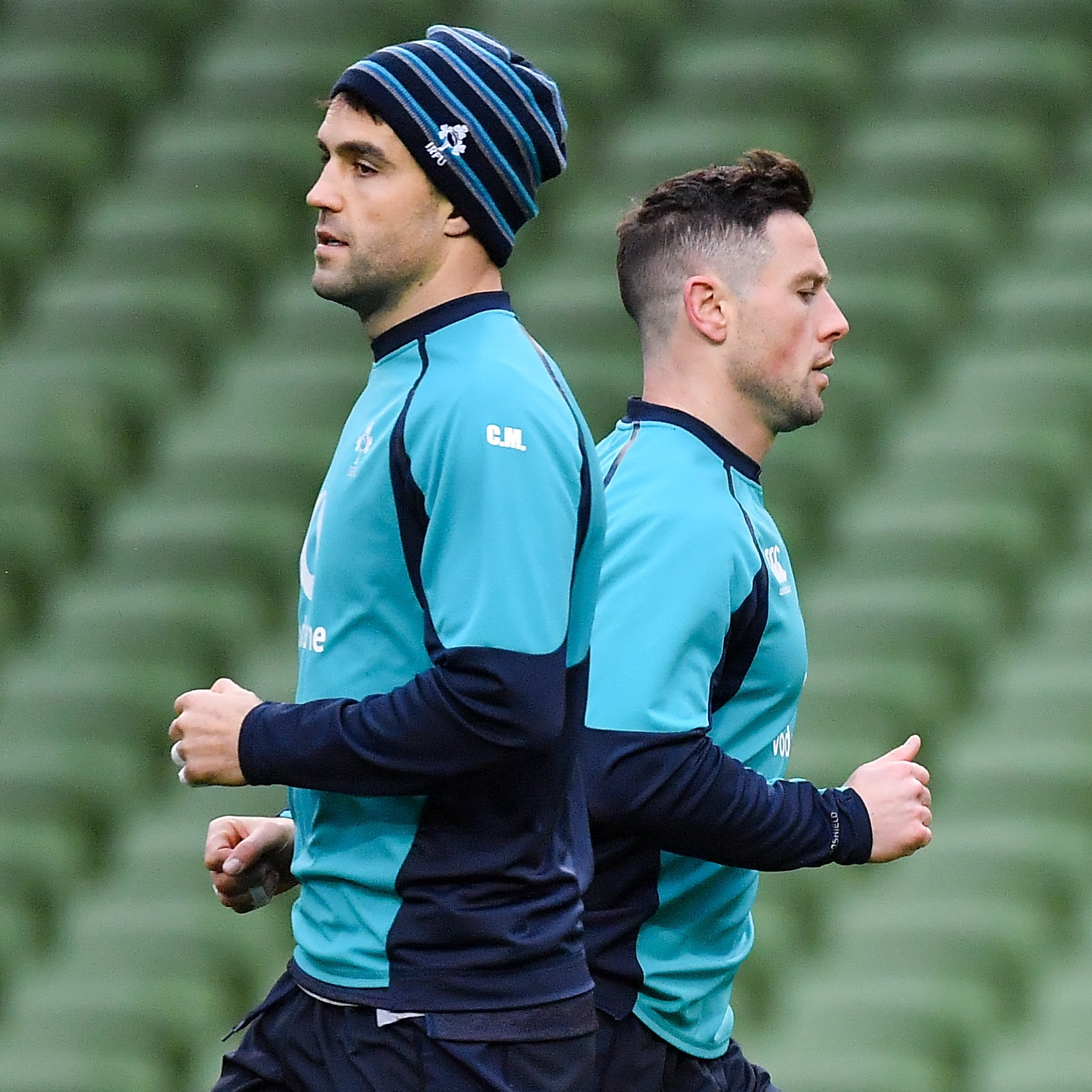 END_OF_DOCUMENT_TOKEN_TO_BE_REPLACED

"John Cooney is probably the best player in the country at the moment, winning games for them. And I loved when they got the bonus point (against Harlequins) and he was straight off the pitch."

While Murphy shares the views of many Irish rugby supporters, and pundits, that Cooney has done enough to be a starter for Ireland in the Six Nations, Trimble and Flannery are not so sure. That is not to suggest they don't feel he merits the No.9 jersey, it is going on his recent involvements with Ireland and the fact that they may be starting the Six Nations without Johnny Sexton. Trimble says:

"Cooney thrives when there are people talking about him and there are high expectations. A lot of what Ulster do revolves around him. He's the centre of everything. In those circumstances, he grows and looks more confident and capable."

"I'd be interested to see," he adds, "that, say we get to the Six Nations and Farrell doesn't pick him, would that knock his confidence?"

"I understand that he'd get a knock-back," Flannery says, "but he knows he's playing well. You don't need to get picked by the national coach to know you are playing well, and he's playing outstandingly.

"Cooney is playing out of this world right now... but it's still Conor Murray."

Conor Murray has been Ireland's starting scrum-half for eight years now and he has been in the world-class bracket for seven of those years. His 2019 may not have hit previous highs but Farrell may well stick with him for the start of the Six Nations, especially as Sexton may not be back in time and changing up both half backs could be a move waiting to backfire.

END_OF_DOCUMENT_TOKEN_TO_BE_REPLACED

"Pragmatically," says Flannery,"if I was picking an Ireland team in the morning, I'd start Conor Murray and go with Cooney on the bench. And if Cooney's delivering... listen, there's still a good way to go [to the Six Nations] and I wouldn't write Murray off."

popular
"I was like, ‘My ear is hanging off my head. Can you not see that?!'"
QUIZ: How well do you know Manchester United players of the 2010s?
The SportsJOE 12 o'clock quiz | Day 307
QUIZ: Name all 50 of these 2000s Champions League players – #4
Cristiano Ronaldo sets rough retirement date
QUIZ: Identify the missing sponsors from these football jerseys
"Hang on lads, there is more to life outside of Dublin" - Connellan is a rebel with a cause
You may also like
4 days ago
'We haven’t performed to the standard that everybody else expects us to"
5 days ago
36-man Ireland squad announced for Italy clash
6 days ago
"People associate hardness, ruthlessness and 'Fear of God' with Paul, but that's 1% of him"
1 week ago
"You’re not pushing robots around the place. We all have bad days" - Ronan O'Gara
1 week ago
Tomás O'Leary calls for Craig Casey to get No.9 jersey for Italy
1 week ago
James Lowe facing into the biggest month of his career
Next Page