"It's just the new world and we'll just have to live with the way things are."

Johann van Graan and all of the Munster coaching and backroom staff will have to be nimble on their feet, and quick with Plans B, C, D thru Z, as the 2020/21 season develops.

On Tuesday morning, Munster confirmed they were assisting a player from the senior squad that had tested positive for Covid-19. In a statement released by the province, Munster Rugby Head of Medical, Dr Jamie Kearns, said:

"As an immediacy we are taking every precaution by standing down training today. We are going to complete another round of PCR testing tomorrow so that we can return to training on Thursday. Our priority is to ensure the health and safety of our players and staff, and we will continue to work closely with both the IRFU and HSE in this regard."

This is the third occasion, since rugby resumed in Ireland after the lockdown period, that there have been positive tests confirmed within the playing staff at Munster. The other instances involved academy players but, on both occasions, a senior squad member was confirmed as a close contact and was forced to isolate. Ulster Rugby have had 'a number of cases' returned as positive in August but, as yet, there have been none at Connacht or Leinster. 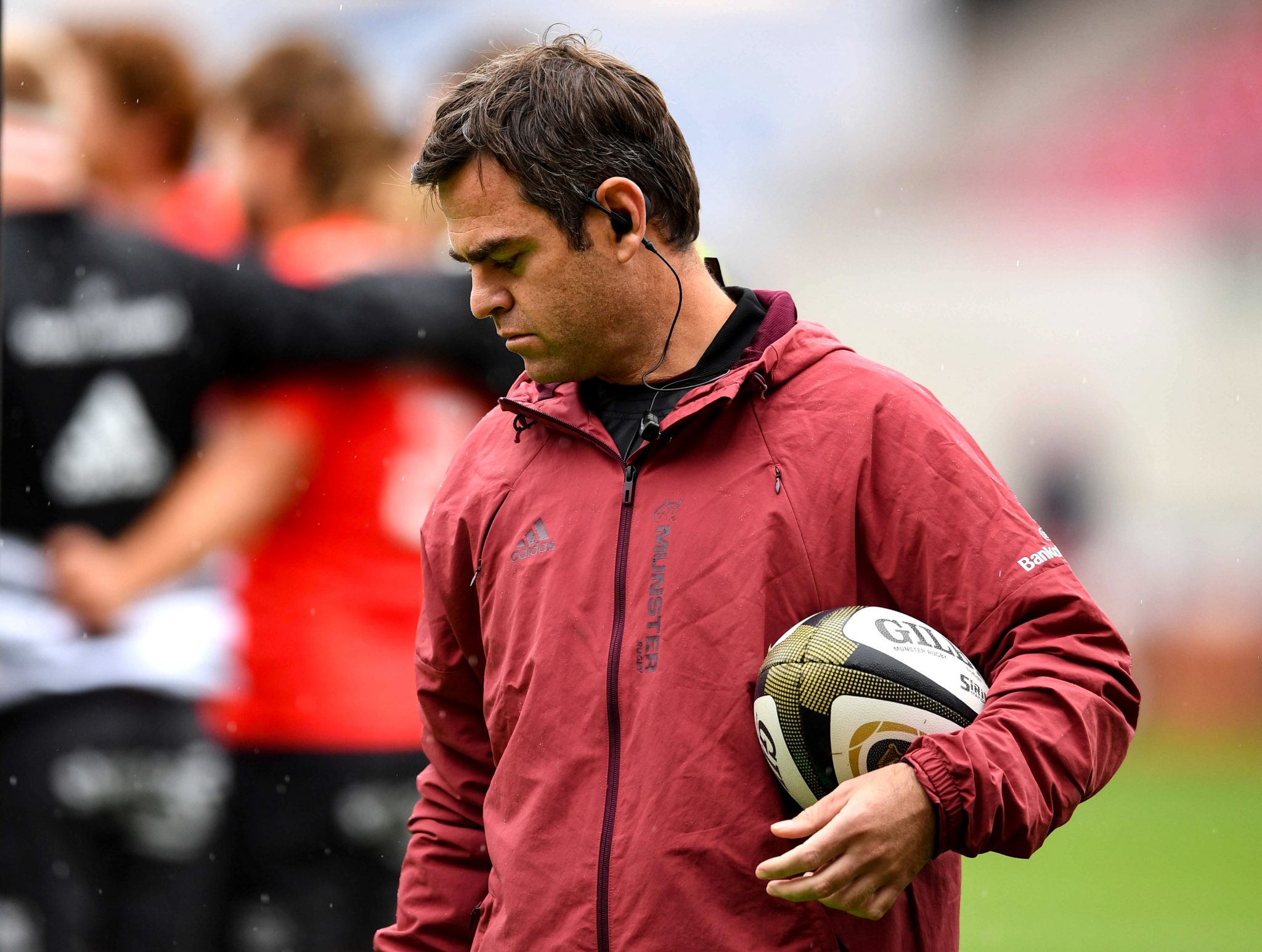 Ahead of their Guinness PRO14 opener against Scarlets, last weekend, Munster head coach Johann van Graan was asked about the previous, Covid-related disruptions and whether positive tests were something rugby would have to live with over the coming months. He commented:

"When the very first player tested positive, the week before our first game against Leinster (in late August), that came as a shock to everybody. That was because it was the first case we had.

"In the weeks after that, we were all adapting. It then happened again. I'll always put the health of the players first, before performance, because, at the end of the day, we're all human beings. But we are living with a virus and we are going to have to live with it.

"I think the fact that we picked up the positive cases just shows that the system works. The fact that all the actions we took with the other players were precautionary and that the bulk of the squad remains healthy, shows that the protocols are working.

"From our point of view, one of the things we said we needed to have was the ability to adapt. You might lose a guy just before a game with a temperature check. Some guys, their kids have a fever at home and they can't come in. It's just the new world and we'll just have to live with the way things are, currently."

END_OF_DOCUMENT_TOKEN_TO_BE_REPLACED

The positive from a Munster perspective is the player that tested positive for Covid was asymptomatic. Another round of PCR testing will take place on Thursday morning. Until then, and the results that will soon follow, the club will try to focus on Saturday's league encounter with Edinburgh.

popular
The SportsJOE 12 o'clock quiz | Day 286
Alex Ferguson's dismissive comments confirm truth about Jordan Henderson
Wayne Rooney story about Memphis Depay shows why he failed at Manchester United
QUIZ: Name the clubs to have lost in every Champions League final
"The divil you know is better than the divil you don't" - Larkin stands by Cody
"There were some tough battles but I was happy to test myself against the best"
QUIZ: Can you name the Scottish football cult heroes?
You may also like
2 weeks ago
"It’s a jersey that I’d never swap or give away for no amount of money" - Ian Keatley
1 month ago
Danny Care accuses Munster players of 'rolling around and diving'
1 month ago
"It's something I have been pushing towards since I was very young" - Shane Daly
2 months ago
"It was rock bottom... I was going to pack my bags and start farming" - CJ Stander
2 months ago
"I could feel that connection at Soldier Field. Axel was there, 100%" - CJ Stander
2 months ago
"There is no doubting Baird is a future Irish second row, long-term" - Paul O'Connell
Next Page