Joey Carbery had played just once for the Leinster senior side - getting four minutes against Glasgow - before he made his first start for the province. It was against Benetton at The RDS in the 2016/17 season opener.

Carbery was only 20 and was handed the No.10 jersey for the visit of the Italians. Within six minutes he had his first Leinster try. Another 20 minutes after that and he seized upon a bouncing ball and ran one in, from just outside his 22.

At the time, we sang to the rooftops:

"We know from the recent retirement of Johnny Holland that rugby can end a career whenever it damn well wants. We'll try not to get ahead of ourselves but forgive us Carbery repeats this feat against a tougher foe and we go all Ringrose on it."

Sometimes you just know a player is a different level. In the past decade, I've seen it with James Ryan, Garry Ringrose and Andrew Porter, having seen the all in Leinster Schools Cup action. You could just tell with Peter O'Mahony and Jacob Stockdale. Likewise Craig Casey and Ryan Baird.

Carbery made eight more appearances for Leinster [four starts] and was called up by Ireland boss Joe Schmidt. He celebrated his 21st birthday in Chicago, on the week he helped Ireland to their first ever Test victory over the All Blacks.

With some players, you can see the cog whirring. There is that vital half-second as you see them processing - what's the next move. Carbery plays it as he sees it. He goes off instinct. That's not to say he can't follow tactics or set-plays, but he has his rogue quality that makes him dangerous.

Serious wrist and ankle injuries have set Carbery back. Trying to play through injuries has made things worse. 15 Munster appearances in his first season but only 11 over the next two.

END_OF_DOCUMENT_TOKEN_TO_BE_REPLACED

He is playing from the get-go, this season, and his regular presence in this Munster team, playing at the level we know he is capable of, is the key to Johann van Graan's side ending their long silverware drought. Getting RG Snyman on the pitch again and having Simon Zebo back in the fold is huge, but a dialled-in Carbery is the clincher. 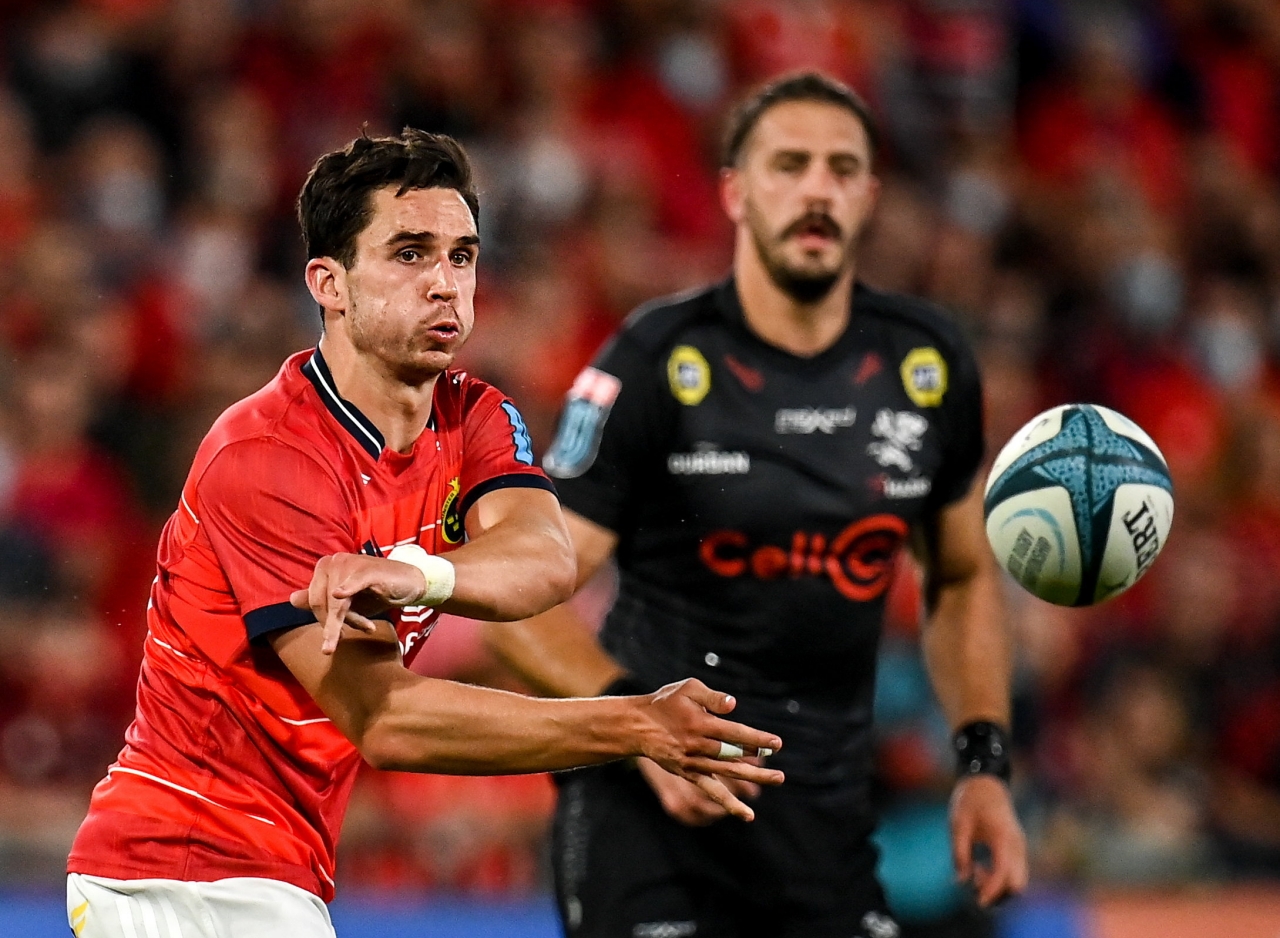 Ahead of the United Rugby Championship season openers, Munster and Ireland centre Chris Farrell was at a press event to publicise the league's free-to-air coverage on RTÉ and TG4. Asked about Carbery, he sat forward.

"Joey had such a tough time of it, over the past couple of years. For him to get a few games under his belt, in the second half of last season, was really, really important.

"It was never going to be easy for him to get back to 100%, and he was always picking up niggles. To have him now with a full pre-season under his belt is brilliant, because we need players like him. We need top, top quality 10s to direct you around the pitch, at this level.

"Thankfully now, if we can keep him out on the pitch and get everyone else fit, we've got a top quality squad. It's exciting to play outside of him."

END_OF_DOCUMENT_TOKEN_TO_BE_REPLACED

With Carbery getting deputised by Ben Healy, who kicked a 52-metre penalty against Sharks at the weekend, Jack Crowley and Jake Flannery, he should be the main man for most of Munster's biggest games.

He is not back to his best but confidence will hopefully flow back with the more games he plays. Harry Byrne is highly rated, but Carbery still looks the most likely competition, at Test level, to Johnny Sexton.

It's a big season ahead, and hopes are high. Here, in Munster and across Ireland. 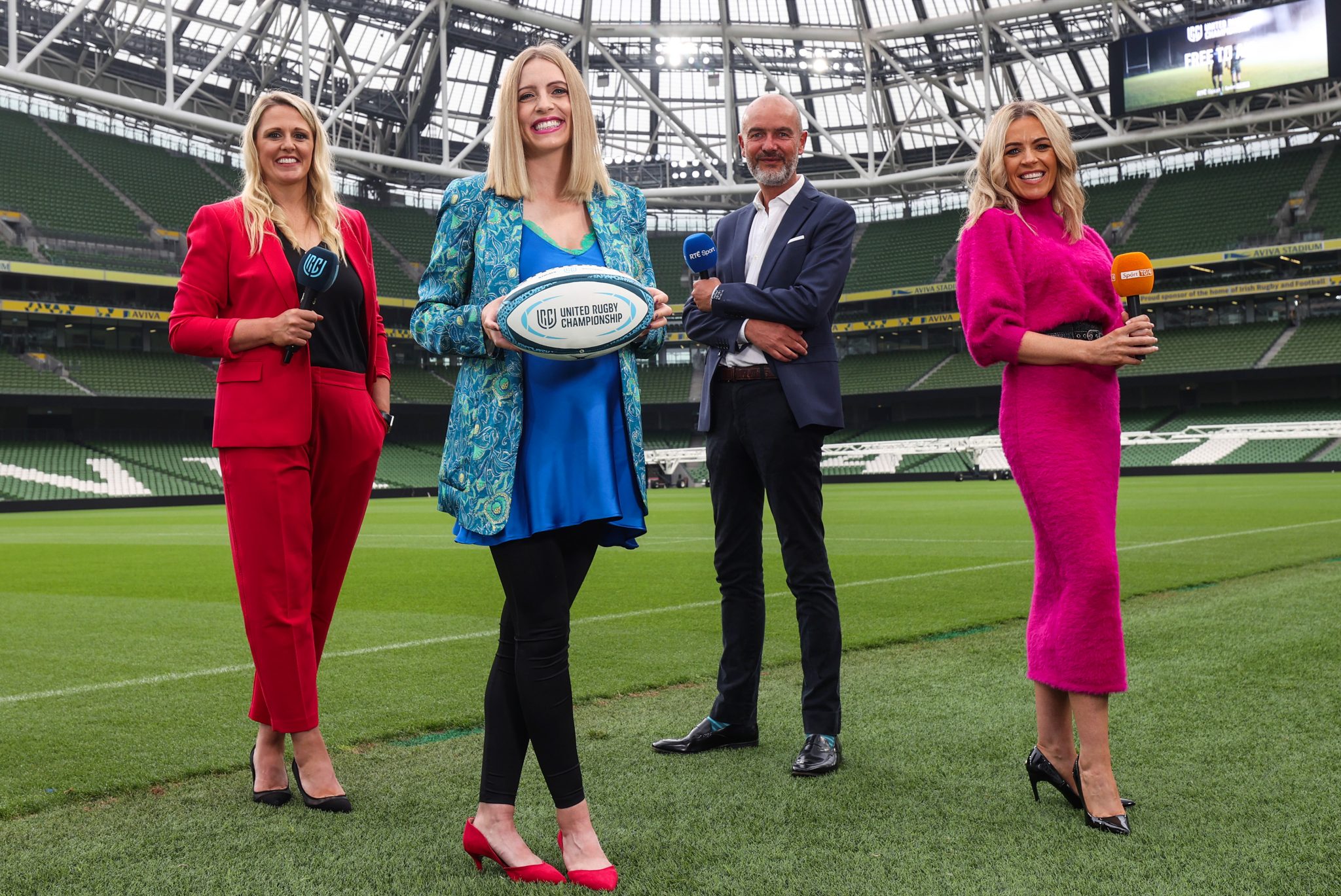 The United Rugby Championship will be available to watch all season Premier Sports, with select free-to-air games on RTE and TG4. (Credit: INPHO)
Advertisement


popular
Sub goalie saves last-minute Diarmuid O'Connor penalty as Knockmore march on
Billy Burns has night to forget as Connacht blow Ulster away
Last-gasp winner by Fionn McDonagh sees Westport edge out Ballina in Mayo thriller
Where Ireland's highest earners sit in relation to rugby's top-paid players
Player voices fall on deaf ears as Congress reject GAA championship restructure
Shane Walsh: 'That's not how I was coached to play football. No one was coached to play football that way'
It's often forgotten that Tommy Walsh began his career with the same stardom and promise as David Clifford
You may also like
1 week ago
"The guy just can't catch a break" - RG Snyman back on gruelling comeback trail
1 week ago
Munster confirm RG Snyman has re-ruptured his cruciate ligament
1 week ago
Worrying scenes for Munster as RG Snyman lasts only nine minutes against Scarlets
2 weeks ago
Gavin Coombes and the fascinating tug-of-war for Ireland's No.8 jersey
2 weeks ago
Peter O'Mahony's try-saving actions cannot be understated or undersold
2 weeks ago
Peter O'Mahony rages over "full-on bite" as Munster secure comeback win
Next Page