Not exactly the best preparation ahead of a tough away Test in France.

Wales at home and France in Paris, all in the space of six days.

It is almost as if we won too many titles and the powers that be are saying 'That'll do'. It's the Eurovision all over again.

END_OF_DOCUMENT_TOKEN_TO_BE_REPLACED

Irish players were tackled 152 times by the Welsh last Sunday. In less than 48 hours, they will be hunted again. It is no surprise that Joe Schmidt went easy on his troops this week.

However, due to a growing injury list, Schmidt had to completely ease off the throttle. He said:

"We had a very short window this week. We trained for 32 minutes on Tuesday and for 63 minutes today. We will be very limited in what we do in our Captain's Run.

"As a result, that's the sum of our preparation for a huge Test match because we can't afford to slip up." 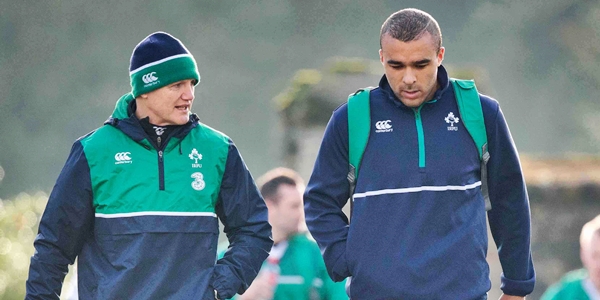 END_OF_DOCUMENT_TOKEN_TO_BE_REPLACED

Schmidt also lamented how Ireland were forced to leave two key men out of their team due to the fact that they had to fly out of Ireland four days after the Wales draw.

Simon Zebo was unable to 'stretch out his knee fully' while Keith Earls is not expected to complete his Return To Play protocols until Friday morning. Schmidt said:

"That's the latest selection and change we've had to make.

"Normally we would name the match squad before training, and everyone would be fully fit and have absolute clarity on what their role was and where they were training.

"It's probably a bit unsettling and frustrating, but we have to get around it.

"It's one of those things with a six-day turnaround, particularly when you're travelling.

"If we had another day at home we could hedge our bets a little bit, but we have to get on a plane at 3.15 this afternoon, and we've got to take the players that are available to play."

The weary players must suck it up and get on a plane to Paris.

It is little consolation that they will have a couple of days off after Saturday's game. After that, England at Twickenham will be the next task at hand.


popular
Mario Balotelli, Luis Suarez, Fernando Torres and why Rio Ferdinand "hated them"
"I don’t trust you" - Joey Barton delivers brutal dismissal of Irish defender
"I remember just hugging this Irish guy" - How one Kiwi rugby star reacted to Ireland's historic series win
Down county football is in tatters, but Conor Laverty is the man to piece it back together
Javier Hernandez offers to play for Manchester United for free
Gatecrashed interviews and chip-shop previews - Wexford GAA's online coverage sets the standard
"I'll ask for everyone that comes to the game to wear purple and roots for us" - Pat Fitzgerald
You may also like
1 week ago
“My confidence was on the deck" - Aaron Connolly explains why he has made the move to Italy
2 weeks ago
Every Irish transfer in football, this summer, as several big deals get done
2 weeks ago
Six Irish players make damn impressive 'World XV' that would take some beating
3 weeks ago
The frontrunners for Ireland's 33-man squad for the 2023 World Cup
3 weeks ago
All Blacks media manager explains why Ian Foster appearance was cancelled after Ireland defeat
3 weeks ago
Warren Gatland selects nine Irish players in his strongest Lions XV, right now
Next Page