Rory Best, Johnny Sexton, Peter O'Mahony and James Ryan were all in attendance on a night that paid tribute to Joe Schmidt.

Whether it is pool stages, quarters, semis or the World Cup final, Joe Schmidt will soon be parting ways with Ireland.

The Kiwi, who is now an Irish citizen, has been here since 2010 and he will leave these shores - be it short or long term - as the greatest ever coach of Leinster and Ireland.

END_OF_DOCUMENT_TOKEN_TO_BE_REPLACED

Just over six weeks to the World Cup kick-off in Japan, Schmidt's contribution to Irish rugby was recognised at the Guinness Rugby Writers of Ireland awards on Wednesday.

Schmidt was awarded the prestigious Tom Rooney award and sent a warm message of thanks via video message from Ireland's training base at Carton House.

During his tenure with the province, Leinster were crowned European champions in 2011 and 2012, adding the 2013 Challenge Cup and Guinness PRO12 double in his final season. In his six years with Ireland, they have won away in Australia and South Africa, defeated New Zealand at Soldier Field and claimed three Guinness Six Nations Championship titles including a 2018 Grand Slam. He commented:

"I have thoroughly enjoyed my time in Ireland. My family and I feel that we have been made to feel part of the community here, right from the outset.

"We are not sure where we will be or what we’ll be doing next but I’m really looking forward to the exciting challenge that lies ahead in the upcoming Guinness Summer Series in the lead up to the Rugby World Cup in Japan.

"The management and players at both Leinster and Ireland have been incredible to work with. I accept this award on all of their behalf and will be forever grateful to all of them for the privilege of working alongside them." 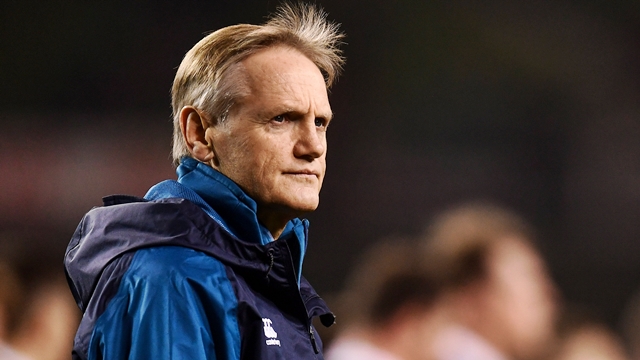 The Ireland U20 side were awarded the Dave Guiney Team of the Year following their incredible Grand Slam in the Six Nations Championship.

END_OF_DOCUMENT_TOKEN_TO_BE_REPLACED

Cork Constitution, who emerged as 2019 All Ireland League Champions, were named Club of the Year.

British & Irish Lion, Ireland, Munster and Dolphin’s Michael Kiernan was inducted into the Guinness Rugby Writers Hall of Fame. Kiernan, who played for Ireland 43 times, was a member of the Irish team that won the Triple Crown in 1982 and 1985. Best remembered for his famous drop goal in Lansdowne Road that secured victory against England to win the 1985 Triple Crown.

Rory Sheridan, Head of Partnerships for Diageo Europe, said, "We are very proud to see Joe Schmidt’s immense contribution to Irish Rugby recognised with the awarding of the prestigious Tom Rooney award. He and the Irish men’s team have very challenging but exciting months ahead. We want to wish him and the team all the very best in the upcoming Guinness Series and the World Cup in Japan.”


popular
"It's giving the Kerry team a bad image. They don't look like footballers, they look like gurriers." - Liveline has peaked
Bundee Aki overheard in the stands after Faf de Klerk hit on Conor Murray
"That's one of the best races I've ever had" - Coscoran kicks like a demon to seize the day
Gatland on his decision to start Bundee Aki, and drop Tadhg Beirne
Eoin Murphy's calls from the goals show Cork they're in for a completely different ball-game
The SportsJOE 12 o'clock quiz | Day 377
Warren Gatland pulls Joe Schmidt into Lions Tour refereeing drama
You may also like
6 days ago
Ireland's rowing heroes on what everyone was shouting as they beat Team GB to bronze
6 days ago
"Hopefully it gives young girls real hope that anything is possible. If we can do it, anyone can!"
2 weeks ago
Football is coming to its 'real' home as Dublin set to host major tournament final
3 weeks ago
Full Ireland ratings as Ronan Kelleher inspires USA thrashing
1 month ago
Pre-match comments about Josh van der Flier put performance into perspective
1 month ago
Full Ireland ratings as Andy Farrell's men survive one hell of a scare
Next Page