For a team struggling to score tries, it's interesting that all of Ireland's changes for this weekend's match with Italy took place in the forwards.

Jack McGrath in for Cian Healy, Devin Toner in for James Ryan, Jack Conan in for CJ Stander and Dan Leavy in for the injured Josh van der Flier at openside flanker.

END_OF_DOCUMENT_TOKEN_TO_BE_REPLACED

None of the players displaced in the starting XV will feel like they've been dropped but rather rested, after all, Ireland boasted 68% possession against France and won 97% of their own rucks, it's just the rucks that they lost invariably were situated inside the French 22.

Realistically, there were only two places in the Irish team that were ever going to be on the line, or at least should have been; Rob Kearney's spot at full-back and Jacob Stockdale's place on the wing.

It's hard to make a case for any other player to be dropped.

END_OF_DOCUMENT_TOKEN_TO_BE_REPLACED

You could convincingly argue that McGrath should start ahead of Healy in the front-row, and it's an argument that has merit, but with Healy's resurgence this year the competition between the two really has entered '1A : 1B' territory. Two British & Irish Lions vying for the one spot.

But whether it's Healy or McGrath that starts, neither player will likely be the answer to Ireland's try scoring issues.

It's no secret that Ireland struggle to score tries in the Six Nations. Joe Schmidt's side may have run in 14 tries in last year's tournament but nine of those scores were against Italy, leaving Ireland's average tries per game at one from the start of last year's championship, if you exclude last year's 63-10 demolition in Rome.

You could point to Eddie Jones England side and say that they don't score a lot of tries either. England and Ireland have both scored 29 tries each over the last two championships, however, England have lost just one game from 11. Ireland, by comparison, have won just six over the same period. 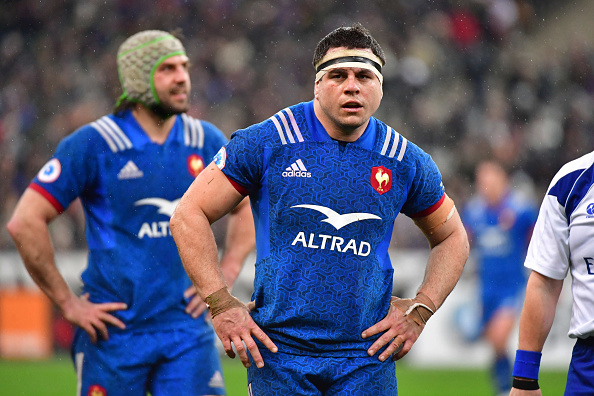 END_OF_DOCUMENT_TOKEN_TO_BE_REPLACED

France set a Six Nations record last weekend with 253 tackles against Ireland, and yet, Schmidt's side could not break their line once.

Call it courageous defending from France, or lay it down to abject officiating from Nigel Owens, but when your full-back hasn't scored a try in 13 Tests, or a score in 510 minutes for Leinster this season, it's a problem, a big problem, and an issue that can be intensely scrutinised when you have the likes of Jordan Larmour and Joey Carbery on the bench, and Simon Zebo on his sofa.

However, before I get on to Kearney, I'll begin with Stockdale's selection.

The winger's issues have nothing to do with his ability to cross the whitewash but rather his inability from stopping the opposition reaching it.

The root of Stockdale's problems lie without the ball as he was caught flat-footed by France winger Teddy Thomas in what was the only try of Saturday's game.

Stockdale's defensive issues have come under great scrutiny since the interprovincial derbies, but if ever there was a chance for him to redeem himself, it's this weekend against an Italy side that have conceded 18 tries in their last two defeats to Ireland.

At 21, and standing at 6'3 and weighing in at 16 stone, Stockdale could be a sign of where Irish Rugby could be headed in the future, but at 31, and with no tries in a green shirt since the 2015 Rugby World Cup Pool stages, Rob Kearney's continued selection is a reflection of where the Irish Rugby team currently stands under Joe Schmidt.

They are a rigidly structured, extremely organised, possession based, scoreboard working side.

Last month, Munster full-back Simon Zebo, a player with six tries and 677 metres this season, gave an insight into Irish Rugby under Schmidt that didn't involve a source bloviating about attention to detail or knowing where they needed to be five phases ahead of the current phase. 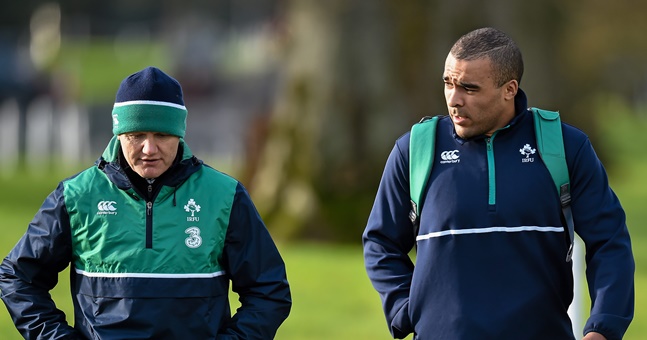 In an interview with L’Equipe last month, Zebo said:

"Joe is a super coach who has had great success with Ireland. We already talked about it face-to-face. I said to him that I couldn’t play in such a rigid structure. I can’t play like that.

"Winning is important but for me it’s also important to do it in a certain way. But if you ask me to pick between losing in style or winning ugly, I’d choose the second option."

The criticism hit a nerve with Schmidt. Maybe because it came from a player from within the Irish camp in the last year, maybe because there was an element of truth to Zebo's observation, but it provoked an uncharacteristically snarky response from Schmidt who said that Zebo's omission from the Ireland Six Nations squad was based on form, and not for his departure to Racing 92 next season.

"He is in consideration like anyone else who's currently playing in Ireland," Schmidt said when he announced his squad last month.

"We felt Jordan (Larmour) was probably playing at a level that was appropriate to select him.

"Simon is great value to have in the squad and he's got an irresistible charm about him, he's always smiling and his positivity is great. But by his own standards, he didn't have a great day in Paris (against Racing) a couple of weeks ago.

"There was some wayward passing, some turnovers that he'd look back at and be frustrated with himself. It's crucial at the time of selection that we know guys are in good form. There's a bit of time during the Six Nations with the PRO14 games that he can still strike a claim."

The hypocrisy of selecting Kearney, who has not scored in 13 games for Ireland or eight matches with Leinster this season, yet omit Zebo, a player with six tries for Munster this campaign, is baffling.

Try scoring ability is not the only facet to consider when selecting a full-back, you have to look for a player who is safe under the high ball, has good spatial awareness, good positioning, is a solid one-on-one tackler and who can create and take advantage of opportunities on the outside.

With that said, full-back is not a goalkeeper either, you're job is not to just catch balls and stop attacks, there's also an expectation that, you know, you might score the odd try from time to time.

But does it matter if Kearney scores or not? Does he need to score if others around him can score and Ireland win? Does it matter as long as Ireland get over the line?

Well, actually, in the last 13 games he has not scored a try, Ireland have lost six of those matches, just a touch under 50%. 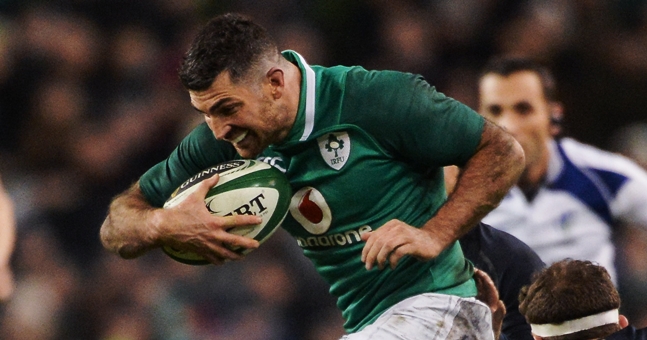 Kearney could break his duck this weekend against an Italian team that has struggled to stop anything resembling more than a nosebleed in recent years, but his selection is symptomatic of the type of rugby Ireland play under Schmidt.

It is rigid, controlling, structured rugby, that has garnered two championships and potentially a third title in five years should Ireland win their next three home games.

But Schmidt's brand of rugby struggles when Ireland go behind on the scoreboard as evidenced by last year's defeats in Cardiff and Edinburgh, the 2015 quarter-final defeat to Argentina and the 2015 Six Nations defeat to Wales.

When Ireland need to attack, when they need to break a defence down, they either need Johnny Sexton to produce a brilliant cross kick or the opposition to fall for his patented loop play for only the 563rd time in his professional career, or they need a moment of magic.

Here's hoping those capable of producing those moments - Jordan Larmour, Joey Carbery and Simon Zebo - find a nice seat for the game, whether it's on the bench at the Aviva or from the sofa of their own living room. At least the cushions look nice.


popular
Damien Comer targeted in brutal, chaotic Armagh and Galway brawl
Conor Gleeson's gesture to heartbroken Ethan Rafferty a tonic after sideline brawl
Roy Keane makes good on bet after seeing Cork fall to Dublin
Shane McGuigan does a 'Sueey' Cristiano Ronaldo would be proud of after winning MOTM
Thibaut Courtois gets 'brick wall' tattoo to celebrate Champions League Final heroics
Liverpool set £60m Mo Salah price as contract talks continue
Patrick Vieira claims he was 'much better' than Roy Keane in new interview
You may also like
5 days ago
"Brave" Harry Byrne backed to lay down World Cup marker in New Zealand
1 week ago
"Hopefully we'll come away with a gem" - Joe McCarthy potential sealed Ireland selection
1 week ago
Andy Farrell had an interesting take on Irish provinces being outmuscled in big games
1 week ago
Nathan Collins stuns Ukraine with goal sweeter than Michael Obafemi's
1 week ago
"I got sent the clip!" - Mack Hansen wasn't letting Greg O'Shea forget his Ireland comments
1 week ago
Ireland team Andy Farrell should start in First Test against the All Blacks
Next Page