Joe Schmidt is building a future with Ireland.

November 9, 2013 is where it all started for the New Zealander, three years ago this week - quite fitting really after the events that transpired.

The World Cup might've ended prematurely after two history-making debut years but, this autumn, Schmidt has offered a timely reminder to the world why he is one of the greatest and, yes, why his Ireland team has to be taken seriously.

He has developed a style that, for a few months when times were tough, we were cursing and pining for Pat Lam's adventure.

But he has developed a reputation that means no-one but nobody would write Ireland off completely on any given day.

And, most importantly, he has developed a team. His team.

The most underrated man in Irish rugby? https://t.co/rLNRvLljx8

Schmidt has spent three years trawling through the best of what Ireland has to offer and he has spent that time perfecting the chosen ones too.

Ever since he took charge against Samoa three years ago and threw Dave Kearney and Jack McGrath in for their debuts - the latter of whom would go on to produce a man of the match performance - a total of 27 new faces have been tried out for the national team.

He has left no stone unturned. 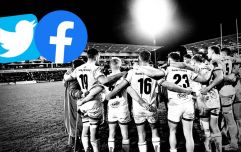 END_OF_DOCUMENT_TOKEN_TO_BE_REPLACED

Joe Schmidt has signed a new contract that takes him to the 2019 World Cup. He's already gone through three years of hard work for Ireland. Three more years of the same and God knows where the country could be.

These are exciting times.


popular
The SportsJOE 12 o'clock quiz | Day 16
No fear of McCarthy losing a lifetime of fitness
"Am I going to be safe? Am I going to come home healthy?" - Munster doctor joins Covid fight
Only a devoted diehard would ever get full marks in our Liverpool quiz
You'll have to be an old-school fan to get 20/20 in this 1990s footballers quiz
Ireland set for dramatically new look as Stephen Kenny takes charge
You won't get top marks in this football stadium quiz

You may also like
2 days ago
Ireland hopeful of November playoff date against Slovakia
2 days ago
Ireland set for dramatically new look as Stephen Kenny takes charge
1 week ago
"The sacrifices they are making to save people's lives is heroic" - Jack Carty
1 week ago
"Everybody is in turmoil... we'd be oblivious if we thought nothing would happen to us"
2 weeks ago
"It's disappointing but a world-wide pandemic, what the hell?!" - John Cooney
2 weeks ago
Baz & Andrew's House of Rugby - John Cooney pitches in
Next Page