Munster are sweating on the fitness of two key players and may have to roll the dice.

Munster head coach Johann van Graan faced the media down at the province's University of Limerick base and there was plenty of dicey news to get through. Van Graan confirmed to Sinead Kissane of Virgin Media that Joey Carbery will be out for 'two to four months' following surgery on his fractured wrist.

Carbery picked up the injury in Munster's 38-17 loss to Ulster and his sum total of provincial appearances may now end at two for this season. He will definitely miss the 2020 Guinness Six Nations and coming back at the tail-end of Munster's season will rest on how well he rehabs and how quickly the injured wrist heals post-surgery.

The South African has more fitness concerns ahead of Sunday's must-win Champions Cup clash with Racing 92, in Paris. JJ Hanrahan - the only senior outhalf left in the squad - is rated as '50/50' to play while a late call will be made on the participation of fullback Mike Haley.

On the latest episode of Baz & Andrew's House of Rugby, Barry Murphy, Andrew Trimble and Jerry Flannery looked ahead to that Munster game [from 25:00 below] and discussed how a win could revive the southern province's season. 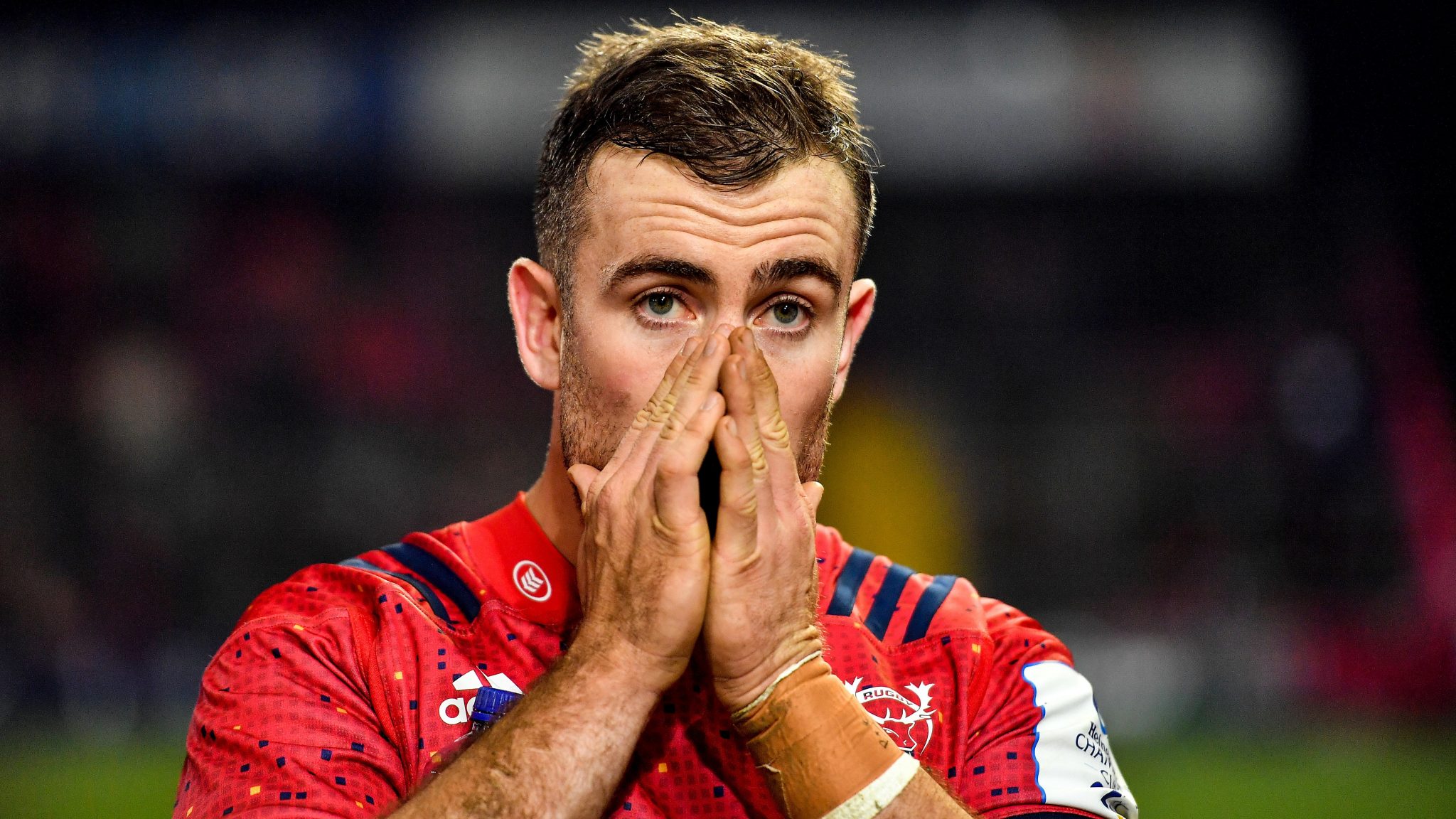 Flannery and Murphy, who both have plenty of European experience from their Munster days, belief the team often brings out their very best when they find themselves with their backs to the wall.

Murphy would love to see Van Graan give the No.10 jersey to Rory Scannell, who has spent most of his time in the professional game as an inside centre. Munster have used Scannell as a second receiver a lot more this season and he has taken a lot more kicks from hand.

As for outhalf experience, the club side were quick to promote his credentials this week:

Munster have also confirmed some adjustments to their Champions Cup squad ahead of the final two pool games of the current campaign. Craig Casey, Diarmuid Barron and Gavin Coombes have all come into the squad, with Alby Mathewson, Jed Holloway and Tadhg Beirne all deregistered.

The Racing vs. Munster encounter kicks off at 3:15pm on Sunday. Munster are currently on 11 points so a loss would not immediately end their quarter final chances but even a bonus point win over Ospreys would, most likely, not be enough to advance.

popular
How The Mountain lost 36kg ahead of boxing fight with The Beast
Only old-school fans will get 20/20 in this 1990s footballers quiz | Part 2
The SportsJOE 12 o'clock quiz | Day 186
Sam Bennett's green jersey masterclass got Lance Armstrong talking
QUIZ: Identify the football club from these 12 crests
Rio Ferdinand story about Dwight Yorke conversation shows Alex Ferguson's ruthless streak
"How are we going to get on par with the men if something so simple can't be solved?"
You may also like
2 weeks ago
"We win together and we lose together" - Johann van Graan gives backing to JJ Hanrahan
2 weeks ago
"All they want to do is box-kick" - Leo Cullen not impressed with Munster tactics
2 weeks ago
Tale of three penalties as Leinster break Munster hearts again
3 weeks ago
Here's what the Champions Cup 2020/21 changes mean for your province
3 weeks ago
CJ Stander and a devastating play in two acts
3 weeks ago
Johann Van Graan takes justifiable cut at short semi-final turnaround
Next Page