"I remember how he used to address me. He'd say, you're not the lock. You're the assistant to the tighthead."

That was Donncha O'Callaghan's introduction to Cork Con prop Paul McCartney as he was coming up through the club ranks. Aged 18, years before he'd make a lasting impact with Munster and Ireland, O'Callaghan learned what being a tighthead lock was all about.

"It gave me a real appreciation for the amount of work that a tighthead has to get through. It is the hardest position on the pitch. You just cannot imagine what those lads have to do.

"For me, it was always good to be behind them because you expect good lifts, around the pitch, when it comes to lineouts and you expect a lot off them... Paul said it to me - 'Your tighthead can go up, he can come down, but he never goes back'. There are times when, on a hit, it mightn't have gone exactly as a tighthead wanted but you have to hold him in a position until he can go back to work.

"It is undervalued, the amount of work you've to do in the second row and sometimes people say, 'Jeez, you didn't see him much around the pitch' but it feels like you're after doing a massive squat [in the scrum] and then you're trying to get around the corner." 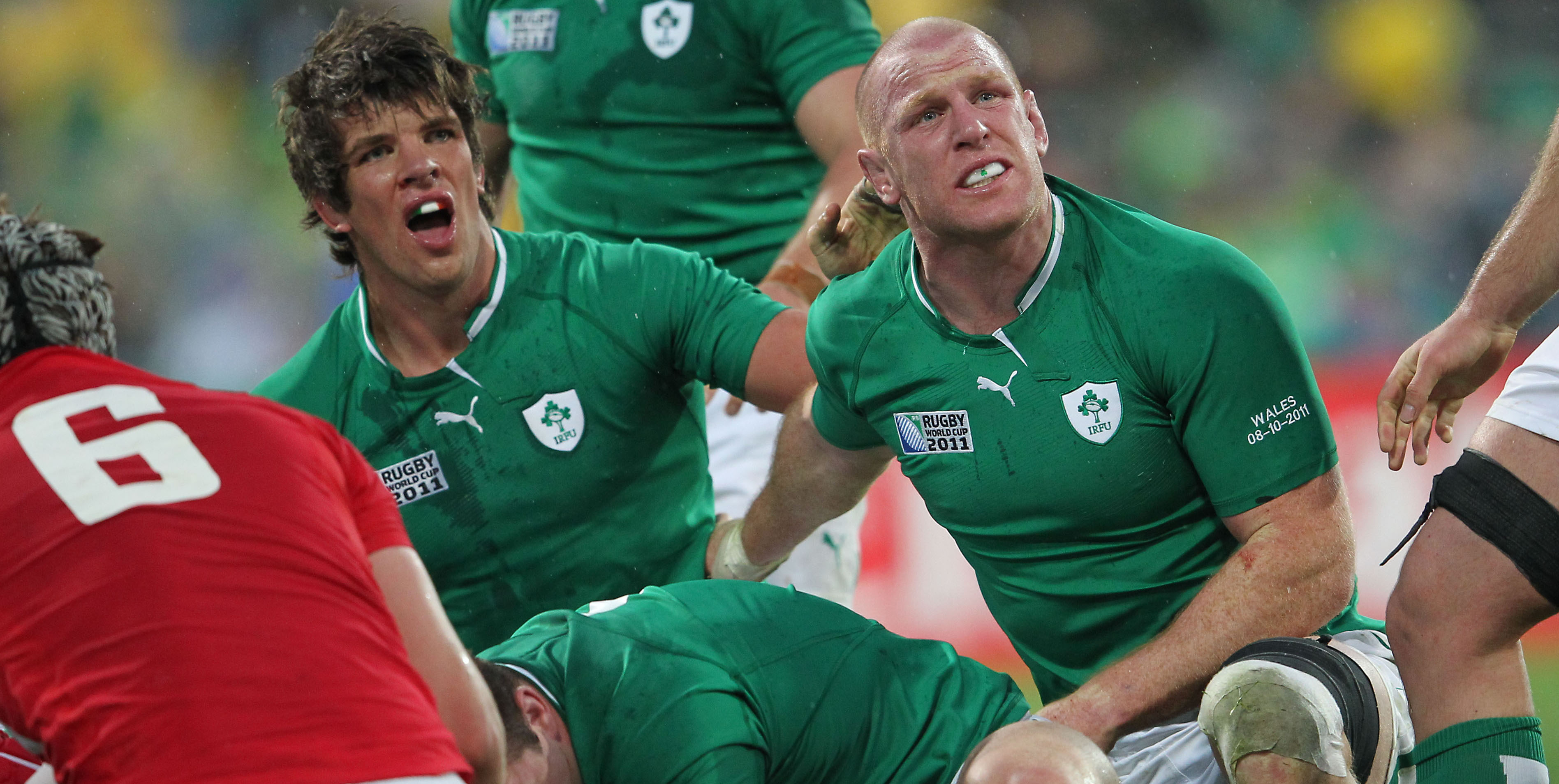 O'Callaghan and Paul O'Connell scrum down at the 2011 World Cup. (©INPHO/Billy Stickland)

McCartney also told O'Callaghan of the pecking order to a tighthead lock's life:

"Keep them in that order and you'll be fine," O'Callaghan was told.

That story came back to me this week after the Ireland squad to travel to Japan, for the World Cup, was announced and the Kleyn/Toner shit hit the fan. 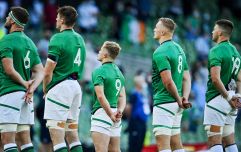 END_OF_DOCUMENT_TOKEN_TO_BE_REPLACED

The general perception has been that Jean Kleyn is travelling to Japan instead of Devin Toner. This has caused a schism in the rugby nation that has gone beyond the provincial rivalries that often dog these Irish squad and team announcements. This is more than Leinster versus Munster.

Toner has played 67 times for Ireland and was crucial in wins over New Zealand, Australia and South Africa (away) and in three Six Nations title-winning campaigns. To me, Toner should have made the 31-man squad but, in the cold light of day, you can see why Joe Schmidt made his brutal decision. 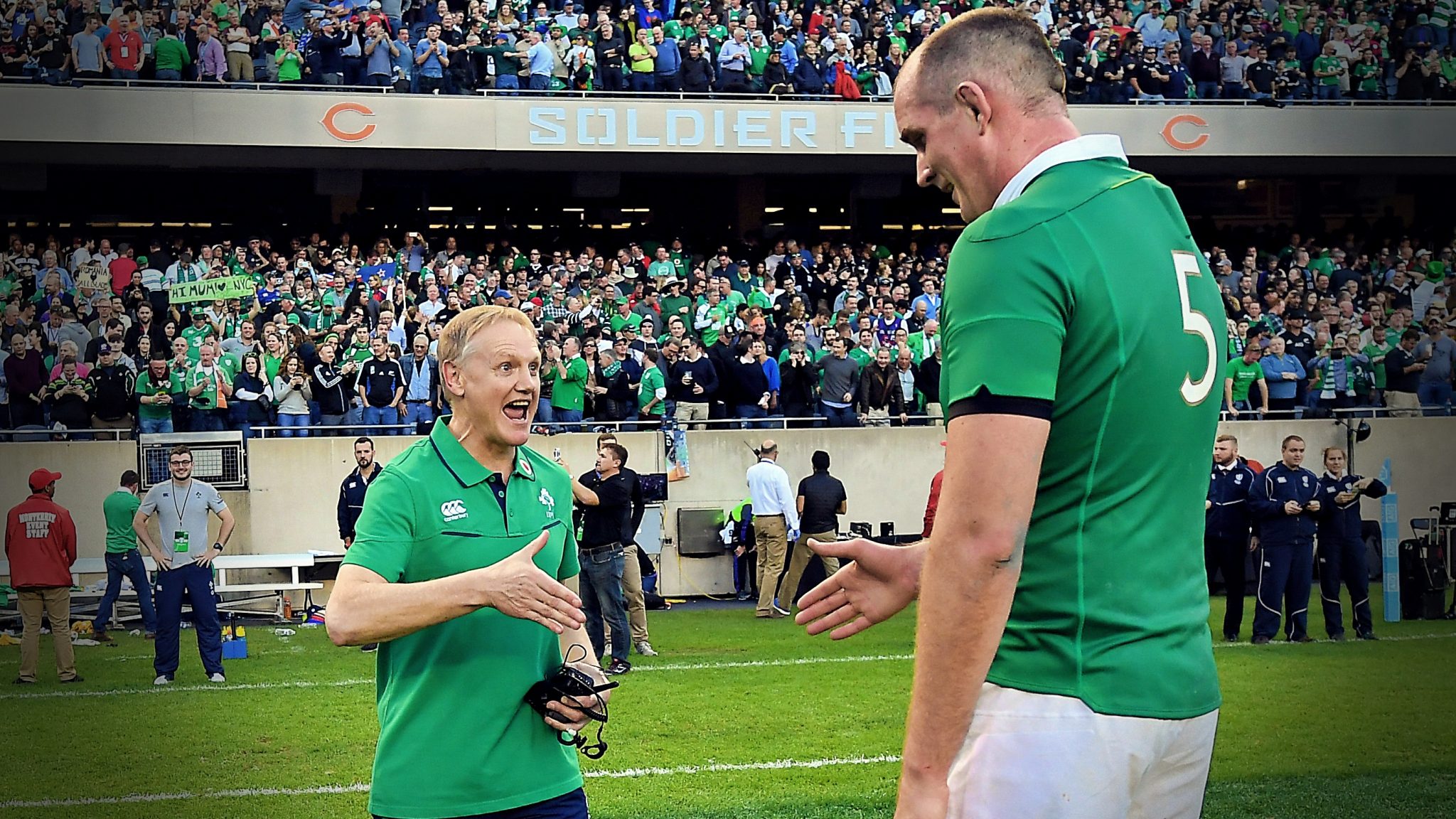 Schmidt has been trying to plan for rugby life after Devin Toner for the past two and a half years. His preferred combination was first Iain Henderson and Donnacha Ryan and then, when Ryan headed to Racing 92, Henderson and James Ryan. Quinn Roux has 12 caps (six starts) in three years too.

The Ireland coach, a couple of years out, was well aware that Toner would be 33 by the time the World Cup started. He often went back to the Leinster lock when the Irish lineout was faltering or if he wanted his obtrusive, lanky presence at the breakdown [Big Dev is a master at clearing a yard beyond the ruck]. 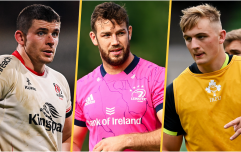 END_OF_DOCUMENT_TOKEN_TO_BE_REPLACED

Schmidt was also looking at other hooker options as he knew Rory Best was going to be 37. There was Sean Cronin of Leinster, Tom McCartney of Connacht was considered, Rhys Marshall was brought over from New Zealand, as a longer term option, while Schmidt handed out debuts to Dave Heffernan, Rob Herring, James Tracy and gave Richardt Strauss 13 of his 17 caps.

In the end, Rory Best travels to Japan as he remains, to Schmidt's mind, Ireland's best bet for the No.2 jersey. Toner did not make the cut because Schmidt is backing his other locks to ensure he is not missed too sorely.

Truth be told, it is Tadhg Beirne (pictured below) that is going ahead of Toner. Schmidt wants two tighthead lock specialists going to the World Cup. Toner has played tighthead lock before but is more suited to the loosehead side. 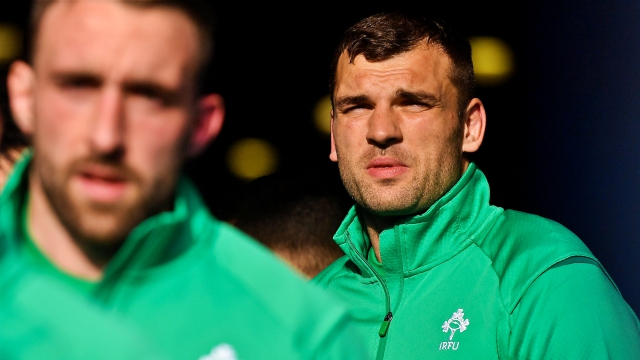 He may claim that all the focus is on the first two games but Schmidt and his coaches will be selecting a squad that can put out less than full-strength XVs to deal with Russia and Samoa. That is a big reason why Rhys Ruddock is going ahead of Jordi Murphy - Ruddock will captain the team to play Russia on October 3.

Kleyn and James Ryan are the tighthead locks that have been tasked with what O'Callaghan was once told - your tighthead prop can not go back. Schmidt wants ballast and bite so he has gone with Ryan and Kleyn.

It's mercilessly harsh on Toner but Schmidt will go with Henderson and Ryan in his full-strength starting XV against Scotland and, fitness allowing, Japan.

If Toner is not going to start the big games, Schmidt may have opted for the tough decision to give his spot in the squad to the versatile, turnover-hungry, and younger Beirne.

Toner's backers have every right to be upset but don't fix the blame squarely on the granite shoulders of Munster's Irish-qualified South African.


popular
Man United aren't good enough to accommodate Ronaldo's refusal to work
The FootballJOE Pub Quiz: Week 10
Andy Farrell's Ireland squad for November internationals to feature some exciting talents
'I was sitting here this week and people were wondering if I was going to retire'
Ireland star Will Connors on his rude awakening playing GAA in KIldare
"I won't let that happen!" - Peter O'Mahony riled up by Connacht star
England receive Wembley Stadium ban following Euro 2020 final debacle
You may also like
2 days ago
Caoimhín Kelleher could carve out a career at Liverpool
5 days ago
Will Connors on what it's like to play under Johnny Sexton's fiery leadership
6 days ago
Full player ratings as feel-good Ireland give Qatar a throttling
6 days ago
Johnny Sexton still the king, but Andy Farrell faces huge decision
6 days ago
Ireland manager Stephen Kenny admits that "60 to 70% of our best players are defenders"
1 week ago
Callum Robinson performance shows Ireland what could have been
Next Page