"It has something that has changed the way we live."

For Jean De Villiers, being part of a South Africa side to defeat the British & Irish Lions in the 2009 Test Series ranks right up there in his top three.

For a man capped 109 times for the Springboks (54 as captain), who has been part of a World Cup winning squad and who has two Tri Nations championships to look back on, that says a lot for what the Lions means.

The ripple effects of the Covid-19 pandemic are now threatening to reach into the summer of 2021 with doubts expressed over the Tokyo Olympics and the Lions Tour to South Africa.

On the latest episode of Baz & Andrew's House of Rugby, De Villiers joined Barry Murphy and Andrew Trimble to discuss that 2021 Tour and how vital it is for all involved in South African rugby that it can safely go ahead.

"We were in Level 5 lockdown here (in South Africa) until last Friday but now we have moved to a Level 4," says Jean De Villiers. "The only thing that's changed is that more people are being economically active. More businesses are opening up.

"From our point of view, nothing has changed. No live or televised sporting activities or big gatherings yet. It's a pretty grey picture at the moment. They're not sure if we'll have live sports in South Africa for the rest of the year. And, if there is any, it certainly won't be played in front of crowds.

"They are starting to look at doing some localised competitions, potentially, but the earliest we could do that would be August. It's wait and see at this stage." 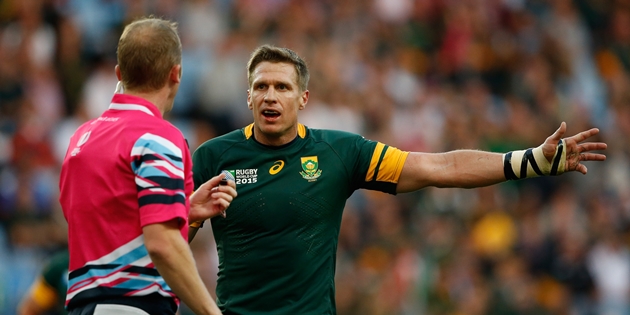 END_OF_DOCUMENT_TOKEN_TO_BE_REPLACED

"The amazing thing about the last three Lions tours to South Africa is that it has been every time we have won the World Cup - 1995 and a series in 1997, you had the 2009 series when we had won in 2007 and now we won last year and the Lions are due next year. It's set up to be an incredible series.

"I look back at my time in 2009 and it was the most incredible series that I've ever been involved in. Just the fans, the build-up to it all and the fact that each game was so huge. I think it'll be an incredible tour with the stadiums, where it'll be played, and the way the tour is set out,

"A lot of players make big decisions with their career, about where they will be playing, based on the Lions tour. It's a highlight for the South African boys as it only happens once a year. It's going to be huge in South Africa, so everybody come. It definitely will go ahead and let's hope for a fantastic series."

South Africa's rugby union has backed up those De Villiers comments by insisting 'there are no planned changes' before prudently adding that 'it would be remiss of us not to explore various scenarios for a possible date'.

It is thought that one of the scenarios being considered would be an autumn 2021 tour, although that would be part of a global calendar change initiated by World Rugby and with significant buy-in from major players, sponsors and unions.

A little over 13 months remain and who knows where we will all be at that stage, but De Villiers remains optimistic and is eager to reconnect with several of the Irish friends he made during his season with Munster.

"I'll be opening up my house for all Irish people to come and stay over," he remarks. "I might just kick out the family for that. Make room!"


popular
"I was like, ‘My ear is hanging off my head. Can you not see that?!'"
QUIZ: How well do you know Manchester United players of the 2010s?
The SportsJOE 12 o'clock quiz | Day 307
QUIZ: Name all 50 of these 2000s Champions League players – #4
Cristiano Ronaldo sets rough retirement date
QUIZ: Identify the missing sponsors from these football jerseys
"Hang on lads, there is more to life outside of Dublin" - Connellan is a rebel with a cause
You may also like
3 days ago
"I’ll work towards getting into the real world and start another life" - Johnny Sexton
4 days ago
'We haven’t performed to the standard that everybody else expects us to"
4 days ago
36-man Ireland squad announced for Italy clash
6 days ago
"People associate hardness, ruthlessness and 'Fear of God' with Paul, but that's 1% of him"
1 week ago
"You’re not pushing robots around the place. We all have bad days" - Ronan O'Gara
1 week ago
Tomás O'Leary calls for Craig Casey to get No.9 jersey for Italy
Next Page