The New Zealand media have been full of praise for Ireland following Saturday night's dramatic game in Dublin.

Joe Schmidt's team beat the All Blacks 16-9 at the Aviva Stadium. It was Ireland's first victory over the world champions on home soil.

Jacob Stockdale's wonder-try was the moment of the match and the difference between the two teams in an absorbing, relentless encounter.

"We wanted to go after them. Not step away. Not accept being bullied by them" 💪💪 https://t.co/ClKGy3UeKr

According to Paul Cully of Stuff, Brodie Retallick now has a rival for the right to be called the best lock in world rugby - James Ryan.

"The giant has been felled - quite literally in the 13th minute when James Ryan and Devin Toner combined to smack Retallick back two metres. Ryan was superb. He carried relentlessly, suggesting his engine is equal to Retallick's V8, and it was fitting that the final mistake came from a weary Retallick. 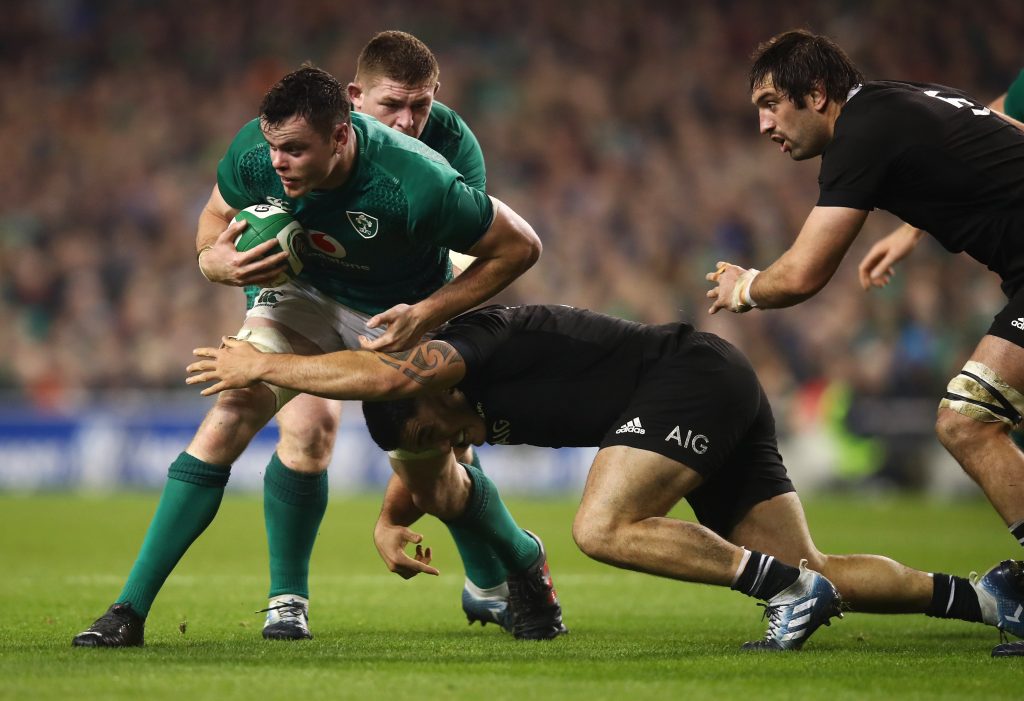 Over on Radio New Zealand, Jamie Wall writes that the All Blacks were, "out-thought, out-played, out-done." He claimed that Schmidt's team "figured out the new Irish way" to beat New Zealand.

"The adage for the last decade or so, for at least those in the know, was that you have to score around about 30-odd points to beat the All Blacks. There was no point trying to tackle them out of the game, because they'd just find a way to get through. You can't kick it all day, because they'll just run it back.

"Even when the weather is bad, they'll churn you up and beat you at your own game - England found that out last weekend.

"But, despite all evidence to the contrary, Joe Schmidt and Andy Farrell figured out the new Irish way to beat them. Keep the ball in tight, control the collision areas and not panic when the set piece gets a few wobbles."

We used to never beat New Zealand. Now we have done it twice in our last three games and have Steve Hansen handing over the 'best in the world' mantle

These are heady days https://t.co/GN07ZlorXV

"Ireland can now claim to be the best team in the world after producing a stunning performance that was brave, creative and relentless.

"They deserved the win and with it, they deserve to be seen as world rugby's best team even if the rankings don't agree. They were unbreakable. They were so resolute that you have to wonder what was in each and every one of their engines.

What a moment this was! https://t.co/2oGCsWghm0

"It will be a long, long time before we witness a performance that brave. They were the better team. They had an answer to everything the All Blacks threw at them and they never panicked, never looked overawed by the occasion."


popular
Sean Dyche set to be named Everton manager after Marcelo Bielsa talks break down
Roy Keane flatly rejects longstanding perception of ex-Man United midfielder Paul Ince
Allianz National Football League Round 1: All the action and talking points
Roy Keane leaves ITV pundits in stitches after Pep Guardiola's pre-match interview
Conor McGregor hit by car ‘at full speed’ while cycling
Quiz: Identify these 15 football clubs that are not named after a place
The two toughest calls in Ireland team to face Wales are in the backline
You may also like
5 days ago
Liverpool reportedly selling Caoimhin Kelleher for Jude Bellingham funds
5 days ago
Robbie Henshaw on his life-long friendship with Bundee Aki and Netflix documentaries
1 week ago
Evan Ferguson sends Soccer Saturday panel bananas with late equaliser
1 week ago
Eamon Dunphy blames Roy Keane's behaviour for Declan Rice choosing England
1 week ago
Can you name the Republic of Ireland Premier League player from their wikipedia?
1 week ago
Kieran Treadwell the most unfortunate Ireland player to miss Six Nations call
Next Page