If this lad can avoid serious injuries, he could be remembered as one of Ireland's best ever.

In the mixed zone at the San Mames stadium in Bilbao, a group of rugby reporters were reflecting on the man of the match performance by Leinster lock James Ryan.

END_OF_DOCUMENT_TOKEN_TO_BE_REPLACED

Out of the group of nine or 10, there was only one dissenting voice that claimed he 'didn't buy' the 21-year-old Leinster star as the game's outstanding player. That was quickly shot down as accents Irish, English and French all marvelled at Ryan tour-de-force.

"I think he could be better than Paulie already," observed one reporter.

"I think so too," replied another. "But who's going to be the first to say it."

Ryan, to my mind, was far and away the best player on the pitch and was a real talisman for Leinster. Paul O'Connell in his prime would have struggled to replicate the sort of impact and chaos that Ryan brought to the party in Bilbao.

We may never know who is better as they will never face off against each other in their respective primes but that never stops these sort of debates. What Ryan does look to be is the next generation of the sort of all action lock O'Connell was but with a cuter passing game already.

The outrageously good form of Ryan was discussed on The Hard Yards after Leinster's victory over Racing 92 in Bilbao and [from 13:00 below] he received some glowing praise from Donnacha Ryan. 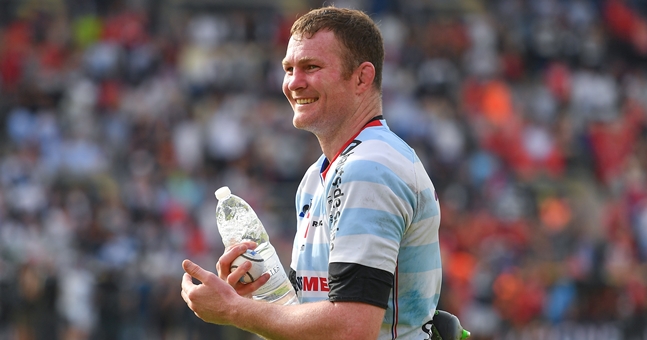 Speaking in the post-match mixed zone, Ryan told us:

"Yeah he did [play well]. He's a good player and he's had a fantastic season as well.

"It's great to see and it is great watching how he's going for Ireland too."

Hard Yards host Andy McGeady had an important point to make, too, about Ryan's professional rugby record of 21 wins, 0 draws and 0 defeats.

"He started off against the USA and Japan (for Ireland)," McGeady began, "then he had Dragons and Southern Kings (for Leinster). That's your first four games as a professional player.

Having had a handy start in his first four games, Ryan was taking on proven winners and reigning league champions, and European champions during that run.

"You run out of superlatives for him," said former Munster and Ireland centre James Downey.

"Every time, he keeps raising the bar. You keep waiting for him to have a quiet game but, every time, he keeps producing. Look, you've got to give some credit to Devin Toner as he's in there learning from him too, but everything he does is superb.

"Everything he does is great - go-forward ball, breakdown, tackles - and he doesn't look as big, shoulder-wise, but he can carry ball too."


popular
"I think there are only five Kilkenny players who are guaranteed to start on any given day" - Cody's motivational methods
Gary Neville reveals Man United ignored advice to sign Joao Cancelo
Sean O'Brien could get to play England, at Twickenham, in his final game
QUIZ: You have 60 seconds to answer one Premier League goalkeeper question
FootballJOE's Career Path Quiz: #6
Boris Johnson slams Jurgen Klopp for defending Liverpool fans booing national anthem
David Meyler on how Kenny Dalglish almost signed him for Liverpool
You may also like
2 weeks ago
Eddie Hearn hints at Katie Taylor v Amanda Serrano rematch in Ireland
3 weeks ago
England scrumhalf gets away with clear strike on Ireland's Michelle Claffey
3 weeks ago
Munster announce signing of French centre who can play for Ireland
1 month ago
Stacey Flood and Sam Monaghan star as Ireland get first Six Nations victory
1 month ago
Shamrock Rovers still look strongest of Dublin's five Premier Division teams
1 month ago
Sean O'Brien on his two best games in an Ireland jersey
Next Page