"I'm a different sort of winger compared to your typical northern hemisphere guy."

James Lowe admits he may not be smashing any speed or sprint records at Leinster, and other backline colleagues may hit more rucks and nab turnovers, but he is happy in his own skin. He knows he is contributing in his own way.

END_OF_DOCUMENT_TOKEN_TO_BE_REPLACED

Since arriving at the province in October 2017, Lowe has scored 21 tries in 30 appearances. When he plays, he starts and when he starts he wears 11.

His scoring return is even better than he managed for his club, Tasman Makos [21 tries in 47 appearances], and for the Chiefs in Super Rugby [25 tries in 52 games]. Impressively, Lowe has indeed added a lot more graft around the pitch and stoutness in defence, for Leinster, while scoring with regularity.

Lowe spoke with Baz & Andrew's House of Rugby about the changes he, and other southern hemisphere players, has made since he arrived in Europe. 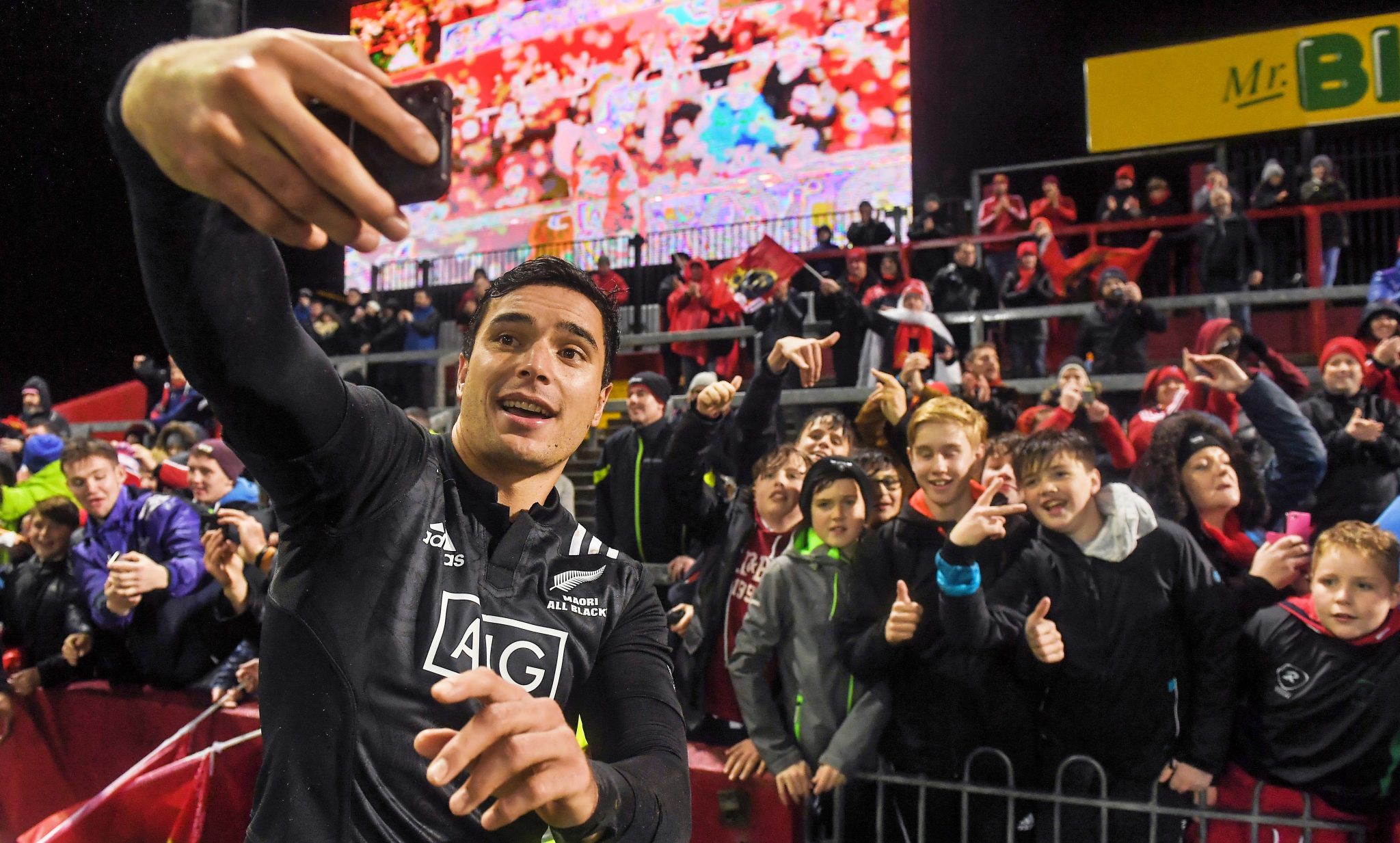 END_OF_DOCUMENT_TOKEN_TO_BE_REPLACED

"How much weight have you put on since you played for the Maoris?" Flannery asked. "I haven't put on weight!" was Lowe's defensive response. There was method to Flannery's line of questioning, however.

"You played that day and the weather was brutal. You were marking Darren Sweetnam, who scored a try. And it was announced [not long after] that you were coming to Leinster and I said, 'Oh yeah, he was that skinny guy'. And then you came over and I thought. 'How has he got all swollen, man?'"

END_OF_DOCUMENT_TOKEN_TO_BE_REPLACED

"I wasn't skinny," Lowe began, "as I've never really been skinny... I guess when I was playing Super Rugby I was about 104 kilograms. Now I'm about 107. I don't know. I'm enjoying life over here. The Guinness tastes very good!"

Flannery asked Tyler Bleyendaal if Lowe had arrived at Leinster with more timber on his frame and the Munster outhalf responded, "Oh, that's just northern hemisphere rugby. It's just loads and loads of weights."

"Yeah," said Lowe, "the extra weights sessions are probably part of it. Back in New Zealand, you almost play two seasons. You play Mitre 10 and Super Rugby. So there are not as many [training] programmes. You're going from a long build-up, here, and the game is almost slower, more physical and confrontational. So you have to be a bit more prepared to take those hits.

"Every southern hemisphere rugby player that comes up here, they put on weight. Whether that's good or bad, I don't know."

Flannery agrees that the northern hemisphere season is 'more of a slog' and it often requires players to bulk up. He recalls when Donncha O'Callaghan went from Munster to Worcester Warriors in the English Premiership.

The 6-foot-6 lock was about 118kgs when he arrived in England but was told by his coaches that, if he wanted to, he could go all the way up to 125kgs [over a stone] to help him cope with the rigours of the game.

"Once you get into the middle of October, and on, the weather turns bad, the ball gets slippy and the pitches get softer. It becomes all about winning the collisions and bang, bang, bang. It's all about robustness."


popular
QUIZ: How many of the 10 most successful football counties can you name without making a mistake?
Éamonn Fitzmaurice explains Aidan O'Shea's best position and how it can be used against Kerry
Conor McGregor and Floyd Mayweather 'in talks' about a rematch
Matt Le Tissier says he asked Sky Sports why they never sacked Jamie Carragher
Patrick Vieira claims he was 'much better' than Roy Keane in new interview
Steve McClaren issues warning to Man United players
Two All-Ireland quarter-finals to be streamed exclusively live on NOW
You may also like
1 week ago
"Hopefully we'll come away with a gem" - Joe McCarthy potential sealed Ireland selection
1 week ago
Andy Farrell had an interesting take on Irish provinces being outmuscled in big games
1 week ago
Nathan Collins stuns Ukraine with goal sweeter than Michael Obafemi's
1 week ago
"I got sent the clip!" - Mack Hansen wasn't letting Greg O'Shea forget his Ireland comments
1 week ago
Ireland team Andy Farrell should start in First Test against the All Blacks
1 week ago
Five new faces in 40-man Ireland squad to tour New Zealand
Next Page