"You were a gangly, skinny, Ghostbusters-wearing, asthmatic. How did you go from that to kicking into being a professional rugby player at 18?"

"Oh I don’t know," James Hook replies. "I started doing a bit of chest and arms (weights) and I wore contact lenses. Sorted that out a little bit, you know!"

Week 12 of remote recording for Baz & Andrew's House of Rugby saw Ospreys and Wales legend join us to chat with Barry Murphy and Andrew Trimble about his rugby career, superstitions, Home Alone and his new career writing books. 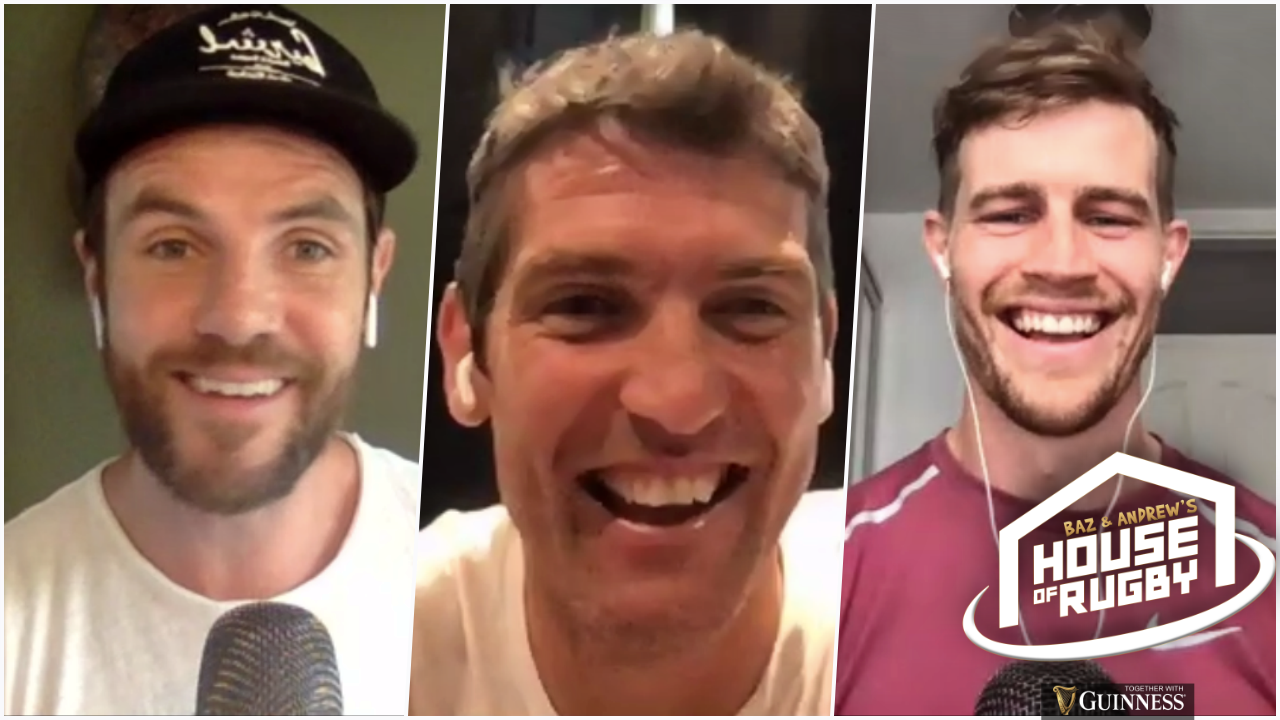 END_OF_DOCUMENT_TOKEN_TO_BE_REPLACED

Hook is writing a series of children's books about a young, slightly awkward lad called 'Jimmy' - based largely on his on youth - who dreams of one day representing Wales.

Having announced his retirement from professional rugby last week, after a 14 season career that included two Grand Slam triumphs, Hook is doing some coaching with Ospreys and hopes his 'Chasing a Dream' book series can inspire the next generation of boys and girls in Wales.

END_OF_DOCUMENT_TOKEN_TO_BE_REPLACED

The versatile back, who was part of a league-winning Ospreys team and the 2009 Lions squad, recalled on the show how he caused some consternation on the Wales team bus back in 2008. Having already defeated England, Scotland and Italy, Warren Gatland's Wales were heading to Croke Park with the Triple Crown in their sights.

Hook had been inspirational in the wins over England and Scotland but was starting the Ireland game on the replacements bench. Still, he knew he would be called on at some stage to help his country get over the line. The last thing he needed, then, was to leave some vital kit back in the team hotel. He recalls:

"You know when you feel like you’ve forgot your passport? I felt like that with my kicking tee. I was really diligent and made sure all of my kit was packed, obviously. And I knew I had forgotten my kicking tee.

"We had went kicking the day before, in Croke Park, and I had left it in my other bag. You know what it’s like when you’re on the bus – everyone’s quiet, listening to their music, the coaches are up the front and the police have their motorbikes up the front. And I’m like, ‘I need my kicking tee, what am I going to do?’

"So I thought, 'I need it'. I had to walk down to the front of the bus and tap Gatland and Neil Jenkins on the shoulder and whisper to say I’ve forgotten my kicking tee. Neil Jenkins wasn’t happy at all. We had to stop the bus, stop the police escort and give the policeman my room key – tell him my room number.

"Fair play to him, he darted straight back to the hotel, got my kicking tee and he was at the stadium before we were. He must have been flying around the streets of Dublin like Carl Fogarty!"

With his precious kicking tee resting on his lap, Hook watched on from the sidelines as Wales took a 13-6 lead when Shane Williams burst through the Irish lines to score. Hook came on for Stephen Jones with the score 13-9 and a Ronan O'Gara penakty, soon after, made it a one-point game.

END_OF_DOCUMENT_TOKEN_TO_BE_REPLACED

The game was settled, late on, when Bernard Jackman conceded a penalty for an illegal tackle on Ryan Jones. Hook set the ball up on his kicking tee and his successful penalty clinched the Triple Crown at the home of GAA. France were toppled at the Millennium Stadium, a week later, and Wales had claimed their second Gramd Slam in three years.

Ospreys and Wales legend James Hook joins Barry Murphy and Andrew Trimble for the latest House of Rugby episode. Having retired last week, James looks back on his successful rugby career and talks about the switching to coaching, and writing children's books.


popular
Man United could be blocked from playing in the Champions League next season
Ireland team vs. France: Form players rewarded and a welcome return
French media's opinion of this Ireland team becomes clear as vital clash nears
Lionel Messi makes decision on Barcelona return
Clive Woodward happy to 'eat humble pie' after bold comments about Ireland
"I should have been more mature" - O'Sullivan's injury trail a cautionary tale for Sigerson casualties
Man City expect Pep Guardiola to leave
You may also like
1 week ago
The five biggest talking points ahead of the Premier League weekend
2 weeks ago
The SportsJOE Friday Pub Quiz: Week 7
3 weeks ago
The best five-team accumulator special as the Premier League picks up steam
1 month ago
The five biggest talking points ahead of the Premier League's return
1 month ago
The five best bets for Aston Villa vs Liverpool on St Stephen's Day
1 month ago
The best St Stephen's Day special five-team accumulator as the Premier League returns
Next Page