The 'gangly, Ghostbusters glasses-wearing, asthmatic' that became a Welsh legend

"My career has never been straightforward."

James Hook was one of the most talented players of his generation. Anyone that ever played with or against him holds Hook in high regard and will marvel about his jaw-dropping talents.

END_OF_DOCUMENT_TOKEN_TO_BE_REPLACED

During his appearance on Baz & Andrew's House of Rugby, Barry Murphy and Andrew Trimble, who played with many world-class stars in their day, described the Welshman as 'one of the most talented players that both of us have seen grace the rugby pitch'. High praise indeed.

Hook admits that there were times when he thought his rugby career would never take off - as a 'gangly teenager with asthma and Ghostbuster glasses' - and yet he was playing senior club rugby by 18 and made his Wales debut, against Argentina, when he was just 20.

By 22 he was a key player with an excellent Ospreys side and had won a Grand Slam with Wales. By 23 he was touring with the British & Irish Lions in South Africa.

On the other side of that rapid rise, though, came the way back to earth. It is incredible to think that Hook, from the age of 26, only made three more Test starts for Wales. As Hook says, his career has not been straightforward but he would not change a moment. 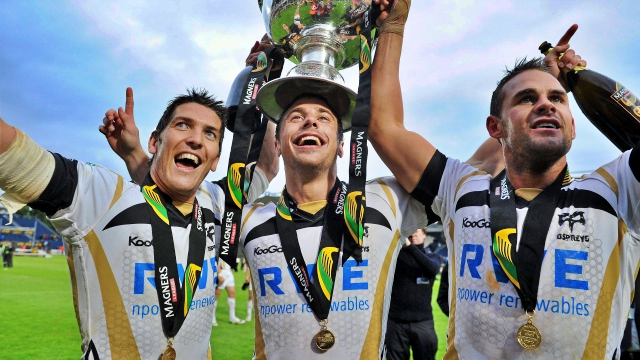 Hook announced his retirement earlier this month and has had some quality time with his family over the past few months. He is doing some coaching with Ospreys and has signed a two-book deal to produce children's books about rugby.

END_OF_DOCUMENT_TOKEN_TO_BE_REPLACED

He had intended on playing for Ospreys until the end of the 2019/20 season but the Covid-19 pandemic forced him to say his goodbyes away from club supporters, TV cameras and teammates.

Ospreys are already out of Europe and unlikely to feature in the abbreviated conclusion to the Guinness PRO14 season. There are set to be games against Welsh rivals in August and September but the break in play gave Hook the nudge he needed and he did not seek out a contract extension.

Instead, he pulled the curtain on his own career. It was a career that delivered 295 club appearances (Ospreys, Perpignan & Gloucester), 81 Test caps, three Six Nations (including two Grand Slams), two league titles and a Lions tour.

"You were a gangly, skinny, Ghostbusters-wearing, asthmatic," Barry Murphy began. "How did you go from that to kicking into being a professional rugby player at 18?"

"Oh I don’t know," Hook replied. "I started doing a bit of chest and arms (weights) and I wore contact lenses. Sorted that out a little bit, you know!" 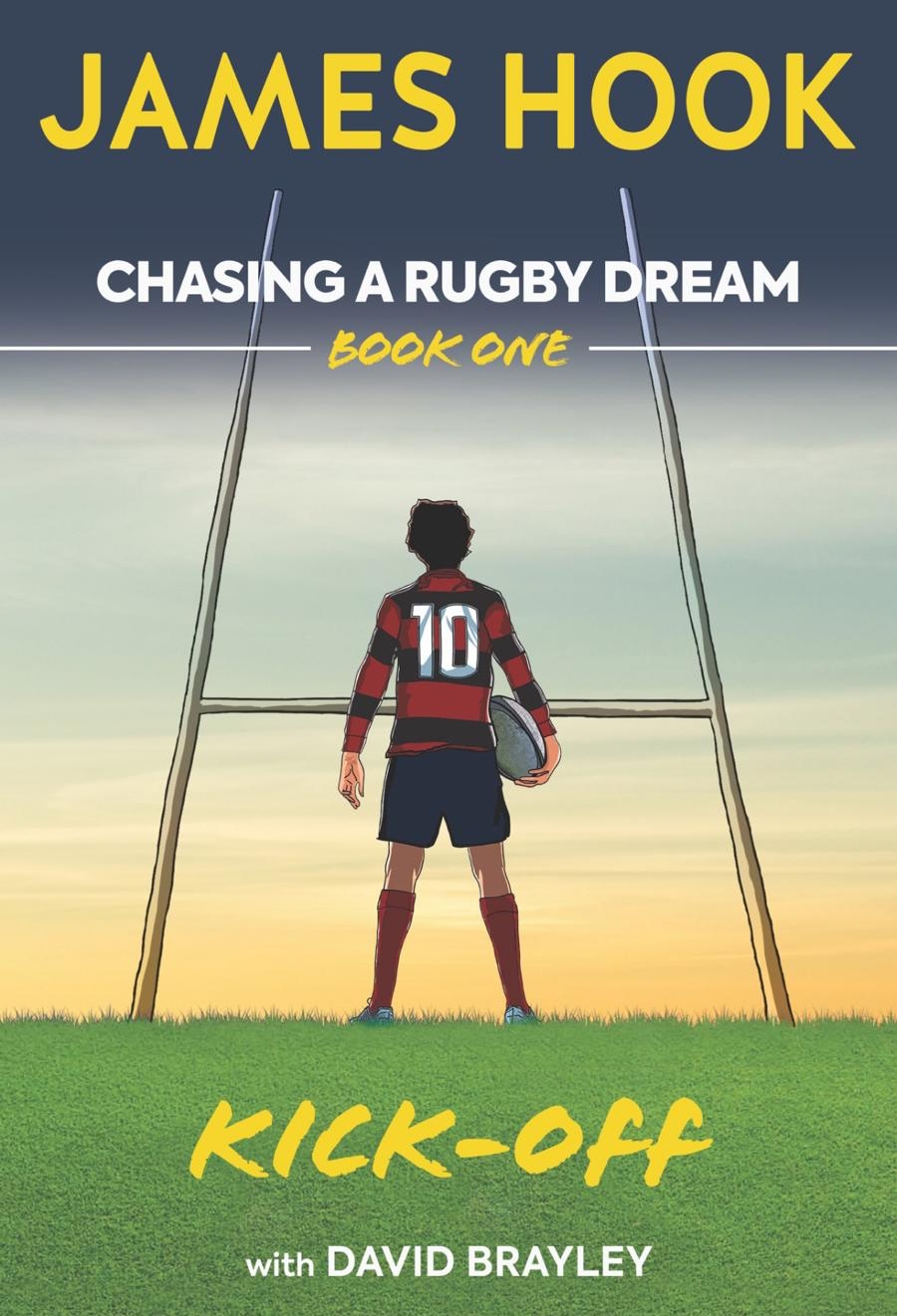 Hook says the book follows a young Welsh boy called Jimmy who is very much based on his story, growing up, and his experiences as he made his way in rugby.

"I had a dream to play rugby for Wales. I suppose like every young boy and girl in Wales, they’ve all got dreams, they all want to play for Wales in rugby, so I thought I’d put all of that into a children’s book. So, a lot of ups and downs. My career has never been straightforward so that also resonates in the book. So hopefully that’ll come across anyway.

"There’s a lot of people that I’ve spoken to who are very excited about it, children in particular. Especially young boys and girls. Trying to encourage them to read, as well. That’s important, particularly boys. They don’t want to read, really… let’s be fair. Hopefully it will encourage the adults to read with them as well."

Hook made his name, in his early days at Neath RFC then Ospreys, as an über-attacking outhalf who loved taking the ball up to the line. 2006/07 was his breakthrough season and his performances in Europe and for the Welsh side drew much attention, and praise.

The Port Talbot native is just a shade over 6-foot and weighed around 91kgs when he first came to the fore, but he was a player you underestimated at your peril. Hooks fend-offs were mightily effective and worked on some burly forwards as well as hapless defenders he came across in the back-field. 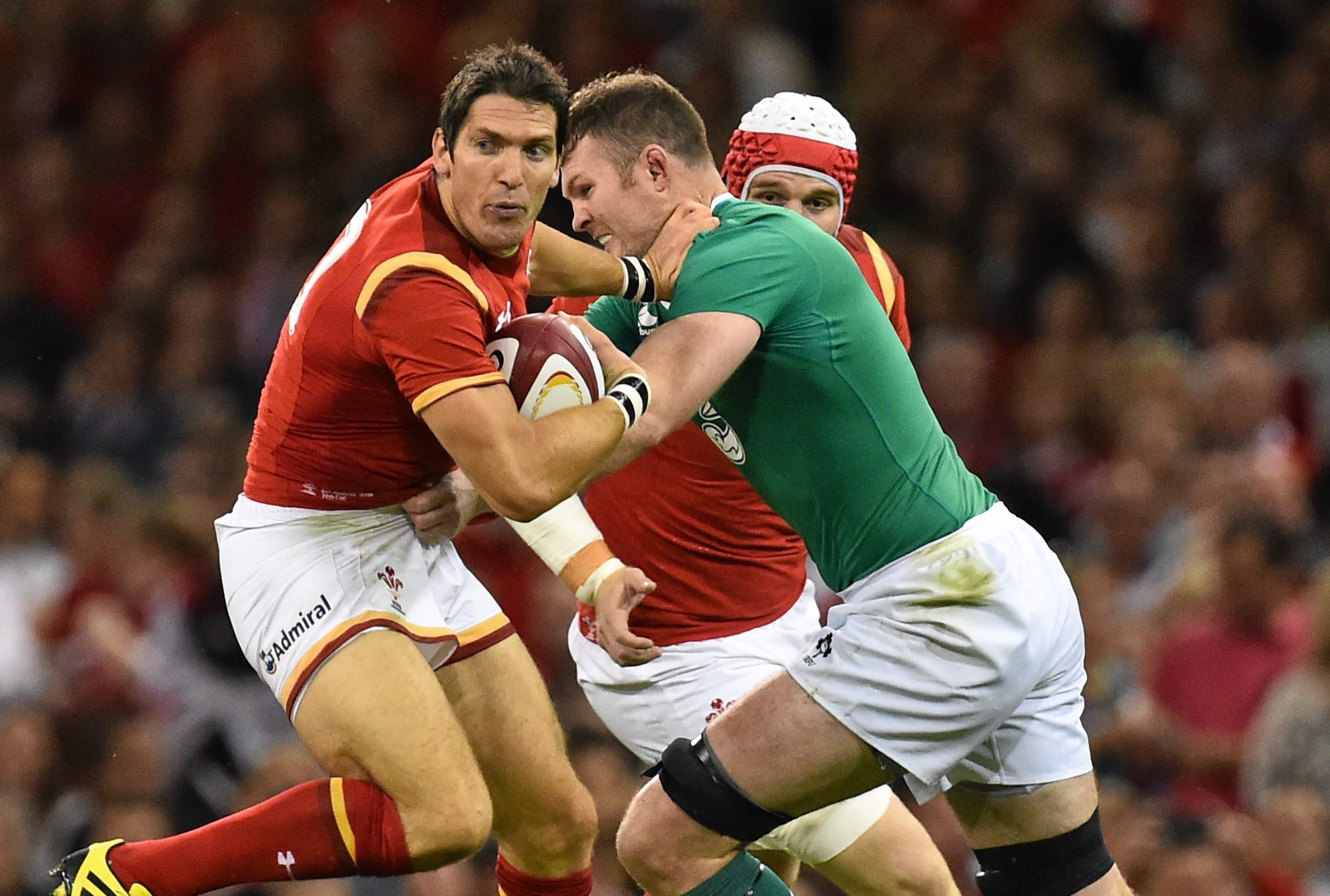 "To be honest," Hook admitted, "I didn’t put a great deal of work into it. It’s not something where I’ve grown up practising it.

"Maybe because I am, sort of, not the biggest guy and playing 10, you do take the ball to the line a lot. I think it’s probably… A lot of it is natural. But Shaun Edwards was really good at showing up how to do a hand-off.

"We’d practice it a lot under Shaun Edwards, and also practice defending a hand-off as well. To be honest, I didn’t put a great deal of work into it; it came natural. But I do have long arms and probably a longer reach than people think. So some players got to me and I’d get a bit of a fend on, and you’d be away."

That is putting it lightly.

Hook was at the peak of his powers in the 2011 World Cup, where he started four games in the No.10 jersey he coveted, as Wales reached the semi-final only to be undone by French after playing most of the game with 14 men. At 26, and with 58 caps already in the bank, many would have backed him to finish out with over 100 Test outings but Warren Gatland had other ideas.

Hook only started three of his final 23 games for Wales as his versatility almost seemed to go against him. In the final four years of his international career, he played outhalf, inside centre, outside centre, wing and fullback.

"The 2011 Six Nations pretty much sums up my career, really," said Hook. "I started at 15 in the first game, then I moved to 10 against Scotland and felt I had a good game in a position I preferred the most. Then Jonathan Davies, at 13, got injured in that game. The next game, against Italy, I played 13."

"It's one of the questions I'm asked most," Hook added. "I started at 10 but played a lot of my early rugby at 12 as well. I suppose it was frustrating but if I didn't play that amount of positions, perhaps I wouldn't have ended up with the amount of caps that I did get. It was a bit of a blessing, too."

There were some downs, and frustrations, along the way but a raft of high points and wonderful moments of individual flair. If his book can capture even half of that, readers are in for a treat.

Catch up on all our episodes from the past two seasons and our interviews with the likes of Conrad Smith, Victor Matfield, Simon Zebo, Sean O'Brien, Drew Mitchell, Jean De Villiers, Finn Russell, Mike Brown, Brian O'Driscoll, Tana Umaga and much, much more.


popular
Roy Keane's issue with Argentina star could rival Graeme Souness and Paul Pogba
'I was so stressed the week before the All-Ireland and I ended up having a panic-attack' - O'Shea and O'Sullivan open up
Roy Keane cracked up Ian Wright and Gary Neville with England team spirit remark
Roy Keane takes moment on TV to pay tribute to his old team in Cork
The nine England World Cup footballers who could have played for Ireland
Lionel Messi makes Gary Neville eat his words after "silk pyjamas" comment
Roy Keane shoots down ITV presenter's 'excuse' for England's draw with USA
You may also like
1 month ago
Taking on the Dublin City Marathon? Here are 4 top training tips to help you prepare for the run
1 month ago
Looking for healthcare on-the-go? This handy online prescription service could be the perfect solution
5 months ago
Join our ultimate sports quiz in Dublin for a chance to WIN a trip to a Premier League game
7 months ago
Join Munster legend Billy Holland for this free mortgage masterclass
10 months ago
[CLOSED] COMPETITION: WIN a two-night stay at the luxury Trident Hotel in Kinsale Harbour
11 months ago
Here's where you can find some incredible deals on exercise machines in 2022
Next Page