John Muldoon and Donncha O'Callaghan both got the fairytale finishes to their careers than so few professional rugby players are lucky to get.

For every player like Muldoon and O'Callaghan that gets to run out on the pitch knowing this will indeed be their final game, another slew face retirement in treatment rooms, training fields, the coach's office or with a letter through the door. The fact that both Irish rugby legends had winning send offs, for Connacht and Worcester, makes it all the sweeter.

While Muldoon was leading - and kicking conversions - Connacht to a 47-10 win over Leinster, O'Callaghan helped Worcester to an emphatic victory over Harlequins at Sixways Stadium. To add to the occasion, the lock's children accompanied him onto the pitch wearing jerseys of the clubs he had played for in a 20+ year rugby career - Cork Con, Munster, Ireland and the Lions.

James Downey and Stephen Ferris joined The Hard Yards and [from 1:00 below] paid tribute to the retiring Muldoon and Ferris.

Downey spoke of how unfortunate it was O'Callaghan was not able to end his career at Munster but marvelled at how he, like Peter Stringer, found a new lease of life in the Aviva Premiership. Downey also exposed a long-held myth about 'Donners'. 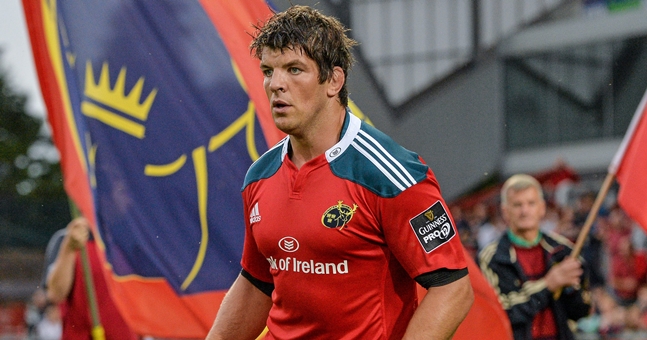 Downey, who played two seasons at Munster with O'Callaghan, said:

"What a man to have in the dressing room, but what a professional. I know people talking about guys that were pros and that led from the front but Donncha was this ultra professional and that is what got him so far.

"You look at how much dedication he put into it. Like, he was doing yoga and Pilates way before it was fashionable and it worked. Just look how much it extended his career and he was so good. But every day he was in. If we had a day off, he'd be in and he'd be always pushing standards. Driving standards; pushing standards on."

END_OF_DOCUMENT_TOKEN_TO_BE_REPLACED

What many people recall, when asked about O'Callaghan, are his lighter moments - Letting ducks into a meeting of the Munster team management, his fake tan jokes on The Late Late Show or going up for a lineout with just a pair of red underpants on...

Looking at O'Callaghan's career as a series of light-hearted moments is selling him sort, according to Downey.

"Once he was across that white line for training, he was totally focused and completely serious.

"Obviously, everyone sees he has this jokey personality and when you see him, he's hilarious. But behind that he is so driven and his standards are so high - in training and for himself. In training, he was so, so dedicated to everything that he did."

Ferris added to Downey's comments by calling the former Munster, Ireland Lions second row a fantastic rugby player and a tremendous servant to Munster and Ireland.

"I thought he was going to be the first rugby player to keep going until he was 50 years of age!" he joked. "He just keeps trucking."

popular
In defeat, Jerry Kelly dies with his boots on in coming of age final display
QUIZ: You have 30 seconds to answer this one tricky football question
The SportsJOE 12 o'clock quiz | Day 286
SportsJOE 2000s Football Quiz | Round 11
You'll have to be a diehard fan to get 20/20 in this Liverpool players of the 90s quiz
"Djokovic is a tool" - Tennis world turned upside down in day of days
Wayne Rooney story about Memphis Depay shows why he failed at Manchester United
You may also like
6 days ago
Darren Cave tells House of Rugby about one part of rugby he definitely doesn't miss
1 week ago
"He's ruptured his hamstring off the bone and he’s trying to get up into the defensive line"
2 weeks ago
"I got the scan and it was literally broken in half" - Ciara Griffin on her first Ireland training session
1 month ago
"I don’t know what his problem is with me" - James Lowe on Liam Williams clash
1 month ago
James Lowe joins House of Rugby to talk Test debuts, Liam Williams and Chris Ashton
1 month ago
Brian O'Driscoll turns tables on South Africa after Ireland's World Cup draw
Next Page