"He's probably the best coach I've ever come across"

If there was a moment that summed up the South African World Cup success, it came in a four minute period late in the first half. England set up a rolling maul in the 30th minute, and bashed the South African line for phase after phase until eventually accepting a penalty in the 34th minute to draw level. The Boks' line went unbreached. They went on to lift the trophy.

It's handy when you have a 16th man in play.

Defence coach Jacques Nienaber could be spotted behind the South African defence, roaring instructions as their titanic effort kept the English attack at bay. 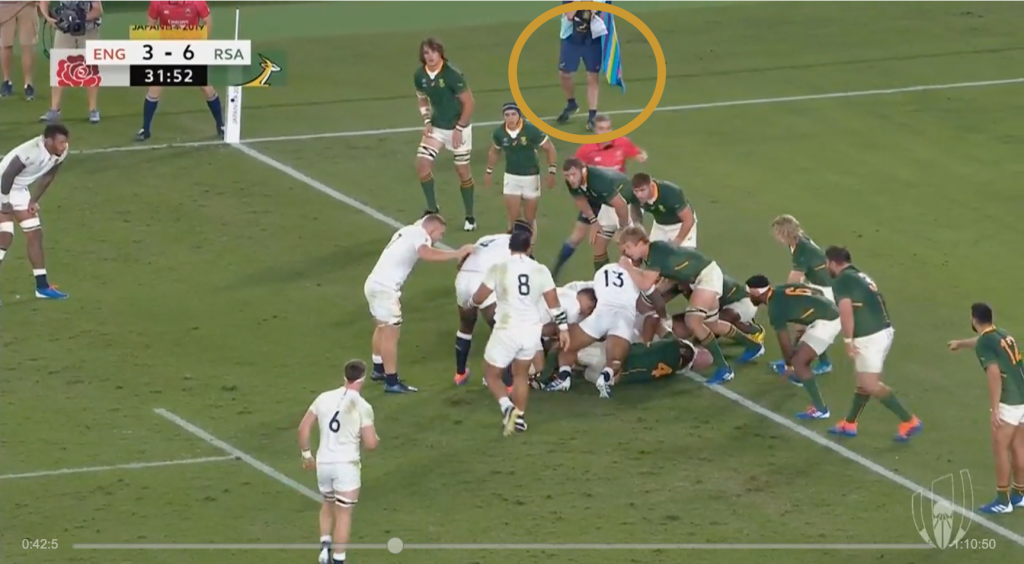 "He doesn't have a massive profile in world rugby. But he's, Jacques Nienaber, he's the defence coach with the Boks and he's, he came and I learned an awful lot off him at Munster just in terms of what it is to be a coach and the craft that is behind what he does. He's a phenomenal coach, he's probably the best coach I've ever come across. He's just brilliant. But he's also a qualified physiotherapist, so he's allowed to be right on the sideline. So he can relay in messages, they're not coming second hand. The majority of the times coaches will get either... they'll probably get a player who's not involved in the 23 because they'll have sat in the meetings during the week, they'll understand the messages that the coaches are trying to get on. But when you've got Jacques there on the sideline, he will have teed up who are the danger men for England, what are the cues or what are the triggers around certain power plays that England look to launch and then he's seeing that on the field and he's shouting that message directly firsthand onto the Boks. So he is a massive advantage there, and they'd be foolish not to take advantage of it."

END_OF_DOCUMENT_TOKEN_TO_BE_REPLACED

Wonder will a few coaches be nipping out to get a physio degree in the next few years.

On Episode 13 of The JOEpan Rugby Show, Rob O'Hanrahan and Jerry Flannery dissect the Springboks' mauling of England, why South Africa "needed" this World Cup and how the Saracens ruling gives everyone else "a little bit of hope". WATCH below:


popular
Two giants rise above the fray
Conor McGregor demands apology from ESPN pundit over Cerrone comments
Kerry vs. Dublin ends in meleé, and a draw
David Clifford leaves Dublin for dead to score sublime goal
"I want to be myself... Imitation's not a great thing, you know?"
Wexford trailblazers go down but father and son show why club GAA is best
Charlton want Troy Parrott on loan until end of the season
You may also like
1 week ago
Former Munster star Paddy Butler signs for top Japanese side
1 week ago
Six Leinster players that could benefit from a provincial switch
1 week ago
Not a single Munster player is guaranteed of starting for Ireland
1 week ago
What Munster and Ulster need to get a Champions Cup quarter final
2 weeks ago
Munster's European dreams in ruins after late, controversial try
2 weeks ago
Munster live for moments like this
Next Page