It's no Bee-mobile, but I catch up with Jack McGrath on an overcast Saturday morning as he is out for a drive. The Ireland international is enjoying his weekend after another week of training at Ulster.

"We started with pods of seven," he says, "then up to 14. The numbers are gradually moving up and there's more contact." There are a couple of new faces in Dan McFarland's squad, including his former Leinster and Ireland teammate Ian Madigan.

END_OF_DOCUMENT_TOKEN_TO_BE_REPLACED

"It's great to have Mads back. He's such a quality player so he will really add to what we're doing. All of the Munster lads have raved about Alby Mathewson. They all spoke about the level of standards he drives and his commitment to the cause. We're seeing that already."

McGrath arrived from Leinster last autumn, having trained with Ireland but missed out on the World Cup. His move to Ulster was all about taking on a leadership role and nailing down a spot as starting loosehead for big games. When I ask him about the "punt" of leaving the powerhouses of Leinster, he remarks that it was 'a smart punt'.

"I really am happy here," he says. "I thought it was a smart punt by me. I could see how Ulster were playing and I know how they are going. That belief was affirmed as I'm here every day and I can see the work that Dan, and everybody, is putting in. It's a really exciting place to be. As for myself, a change is sometimes as good as a rest." 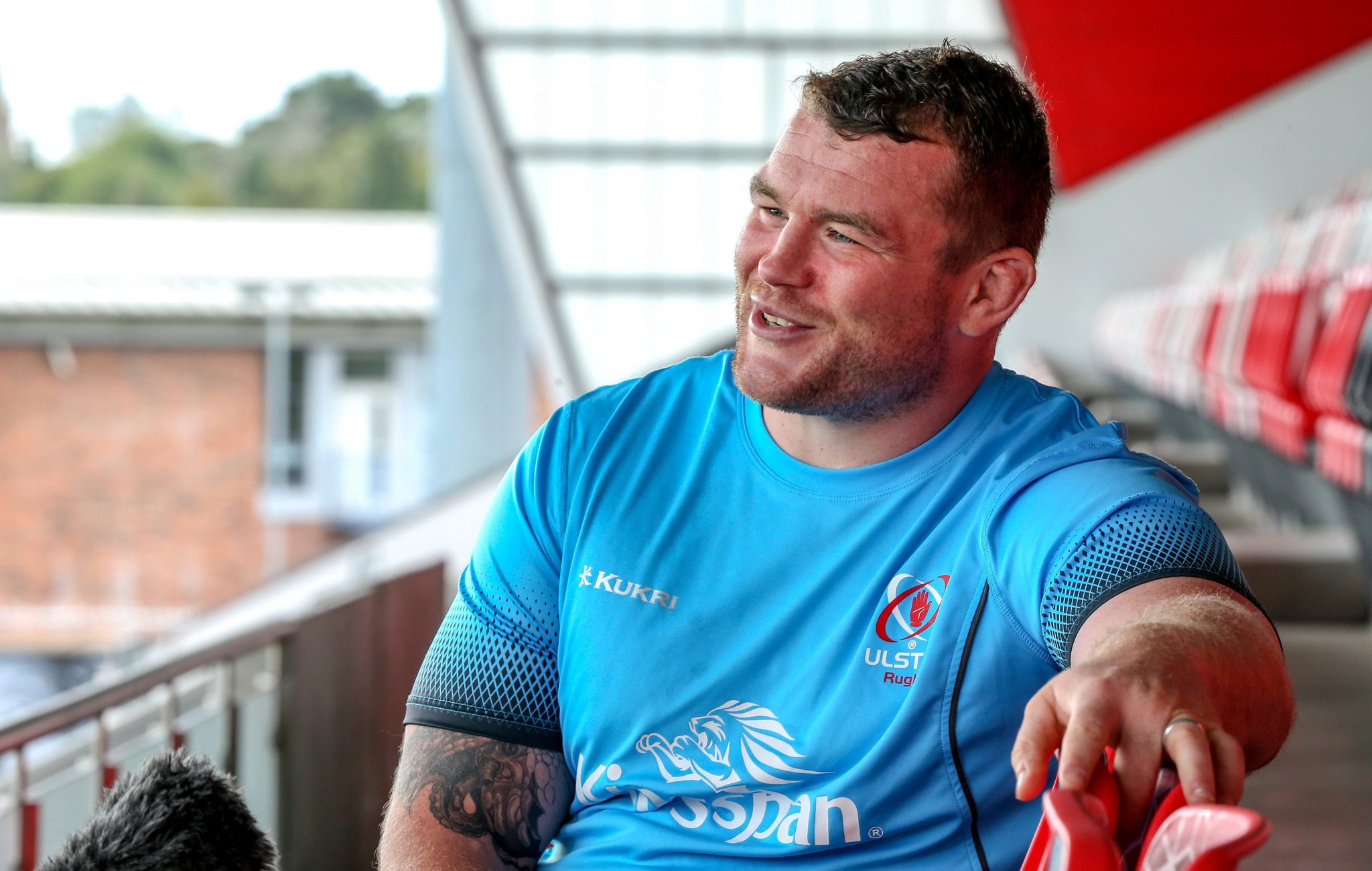 Jack McGrath has played 10 times for Ulster since his switch from Leinster. (Credit: Sportsfile)

END_OF_DOCUMENT_TOKEN_TO_BE_REPLACED

"We're all hoping to get back playing in August and then, for Europe, we'll see what the advice and the restrictions are about travel. Nothing has changed too much for me as I try not to think about things too far in the future. Anything can happen. You back your talent and skill-sets when the opportunities come around. They can be few and far between so you have to be ready to take them."

Ulster's Champions Cup quarter final with Toulouse has been confirmed [as much as anything can be 'confirmed' in this tilting times] for Sunday, September 19 at 'Le Stadium'. "If every season started quarter finals and semi-finals," he remarks, "it'd be a mad thing. But it's an interesting challenge; knowing we have to be up for it from the very start."

Living in an apartment in Belfast, when at Ulster, McGrath headed back to his house in Dublin during the lockdown part of the Covid-19 pandemic. "It was the most time I got to spend with my missus, Sinead, since I started in rugby so I really enjoyed that.

END_OF_DOCUMENT_TOKEN_TO_BE_REPLACED

"For the first six weeks, we were training away at home and staying in touch on Zoom. Motivation started to dwindle around six weeks in, especially when there seemed to be no light at the end of the tunnel, but we've had positive news since then, and let's hope it stays that way."

During the stay-at-home period of the pandemic, on these shores, McGrath did a lot of gym work out his back garden but had some company for the sessions - lots and lots of bees.

"I've taken up bee-keeping," says McGrath. "It's a bit off the wall, but I've really enjoyed learning about it all.

"I was put in touch with a guy from Open Hive, who is one of a number of people trying to save the Irish black honeybee. He started mentoring me, and it snowballed from there. I now have two hives up on the roof, back at home.

"Hopefully I'll have a couple of frames by the end of the summer, and will get a couple of jars of honey out of it. You have to have the suit and the visor, too. They are bee-proof, I've found, but not sting-proof. I've got a smoker and another tool to help lift the hive. I've come and jumped in at the deep end on this one."

While bee-keeping may not be everyone's cup of honey, it is one way in which folks can get out and about and take on a new challenge or hobby. It also ties in nicely with 'Feel Good with Pieta'.

McGrath has worked with Pieta House for a number of years and, back in 2016, opened up on the loss of his brother to suicide, in 2010. He has worked closely with Pieta House since then about both he and Ireland women's rugby star Hannah Tyrrell are backing the 'Feel Good' fundraiser.

"The idea is to get people out and connecting with friends and family. Especially in the climate we're in now, people have been cooped up so the campaign is all about getting out and doing the things that make you feel good. That can be something left-field like bee-keeping of it could be having a barbecue in your garden or meeting a friend for a work-out, or a coffee."

This year, ‘FeelGood with Pieta’ is expanding its outreach across the month of July to encourage people to connect, be active and feel good by hosting their own socially distanced event or by doing something that makes them “FeelGood”. For more information and for tips on how to host your event, and turn it into a fundraiser, go to www.feelgoodwithpieta.ie .

Catch up on all our episodes from the past two seasons and our interviews with the likes of Conrad Smith, Victor Matfield, Simon Zebo, Sean O'Brien, Drew Mitchell, Jean De Villiers, Finn Russell, Dave Kilcoyne, Ronan O'Gara, Mike Brown, Jack McGrath, Brian O'Driscoll, Tana Umaga and much, much more.


popular
Andy Farrell goes for Munster veterans as Ireland team to face New Zealand named
The four stone-cold certainties for All-Stars even as early as this
Eamon McGee just couldn't help himself with Armagh-melee tweet
"He's actually smiling putting the ball over the bar. He should nearly be fainting." - Ryall on Limerick's legacy
Kylian Mbappe reportedly wants PSG to sell Neymar
Gavin Coombes one of four Irish players to push themselves into Test picture
"The economy was one of the big reasons" - Cadogan's move from an electrician to personal training
You may also like
20 hours ago
Gavin Coombes one of four Irish players to push themselves into Test picture
21 hours ago
Bundee Aki understandably emotional, as Ireland pay moving tribute to late Sean Wainui
22 hours ago
Full Ireland player ratings after Maori All Blacks teach us an early lesson
1 day ago
"We could lose all five games" - Darren Cave with a rare take on Ireland's chances
1 day ago
Mike Lowry and Peter O'Mahony in First Test contention as Ireland shuffle deck
2 days ago
"Significant" knee injury ends Iain Henderson's tour of New Zealand
Next Page