Only seven Irish players in the Lions squad, but six of them in this Test XV selection.

Maggie Alphonsi was given the toughest tasks of all the Lions pundits lined up by Sky Sports. She responded with a ringing endorsement for Jack Conan.

The broadcaster is going with a deep punditry roster of Alphonsi, Ian McGeechan, Sam Warburton, Ronan O'Gara, Will Greenwood and Nigel Owens for their Lions coverage, with Sara Elgan and Bryan Habana on the ground in South Africa and Alex Payne steering the ship.

END_OF_DOCUMENT_TOKEN_TO_BE_REPLACED

For each game, one of the pundits will be asked to come up with a Lions XV for the Test Series, and the debates can begin. First up was England Women's legend Alphonsi.

There are still four games to be played, over the coming weeks, before the Lions face-off against South Africa in their three-match series. A lot can change by then, but Alphonsi made her early selection based off games over recent months and how the Lions players fared in wins over Japan and the Sigma Lions.

Alphonsi's selection did not lead to many grumbles, with McGeechan approving many of the calls. In the backline, we had Conor Murray teamed up with Dan Biggar, a powerful midfield of Owen Farrell and Robbie Henshaw with two Welshmen on the wings and Stuart Hogg at fullback. 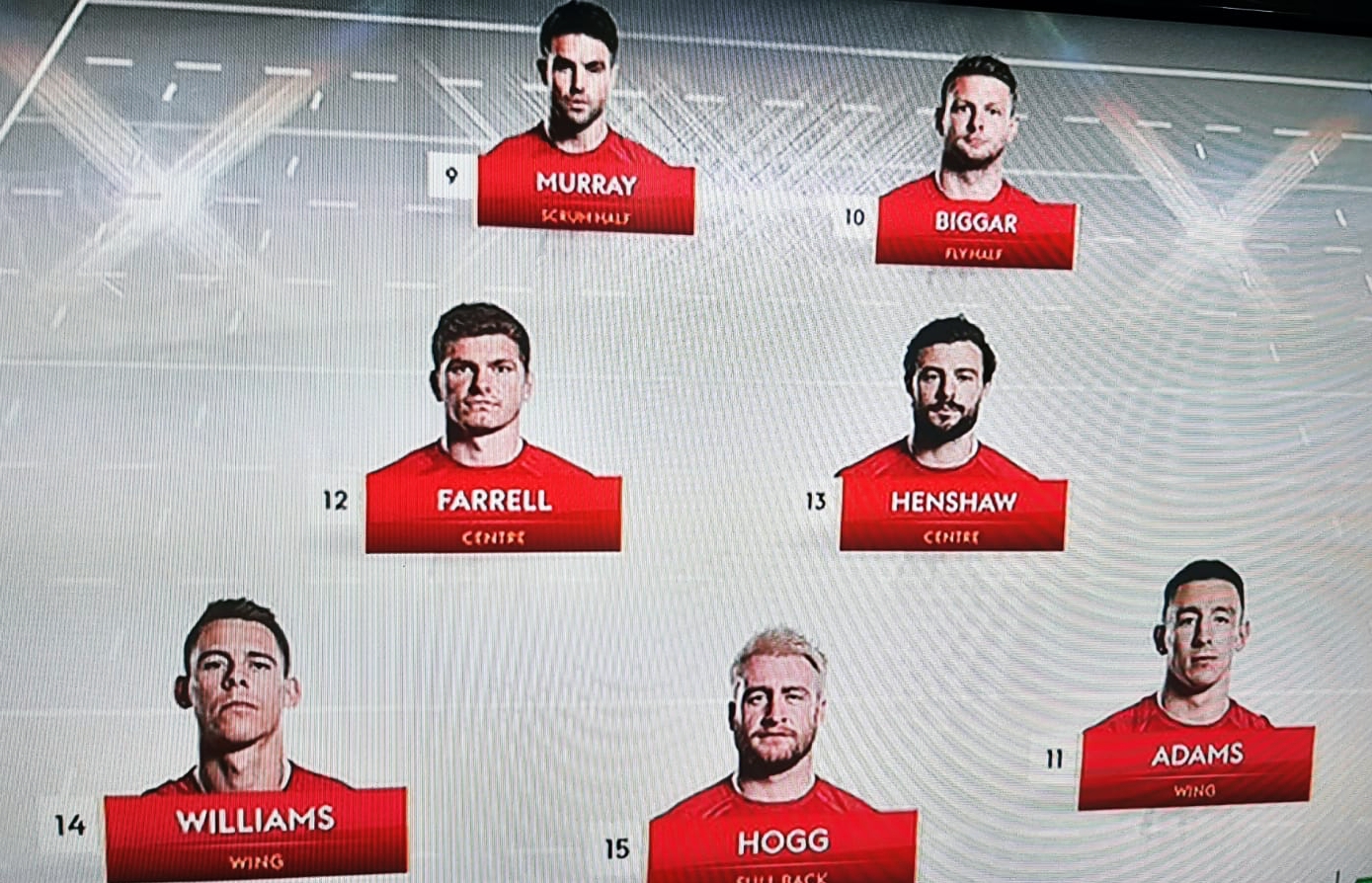 END_OF_DOCUMENT_TOKEN_TO_BE_REPLACED

Alphonsi's front row is one that many other Lions fans out there will be siding with, at present. Wales' Wyn Jones and Ken Owens packing down with Ireland's own Tadhg Furlong.

With Alun Wyn Jones out injured, Iain Henderson is named in the Alphonsi XV, alongside Hamish Watson. In the back row, there are two more Irish players - Jack Conan and Tadhg Beirne - with Hamish Watson at openside. 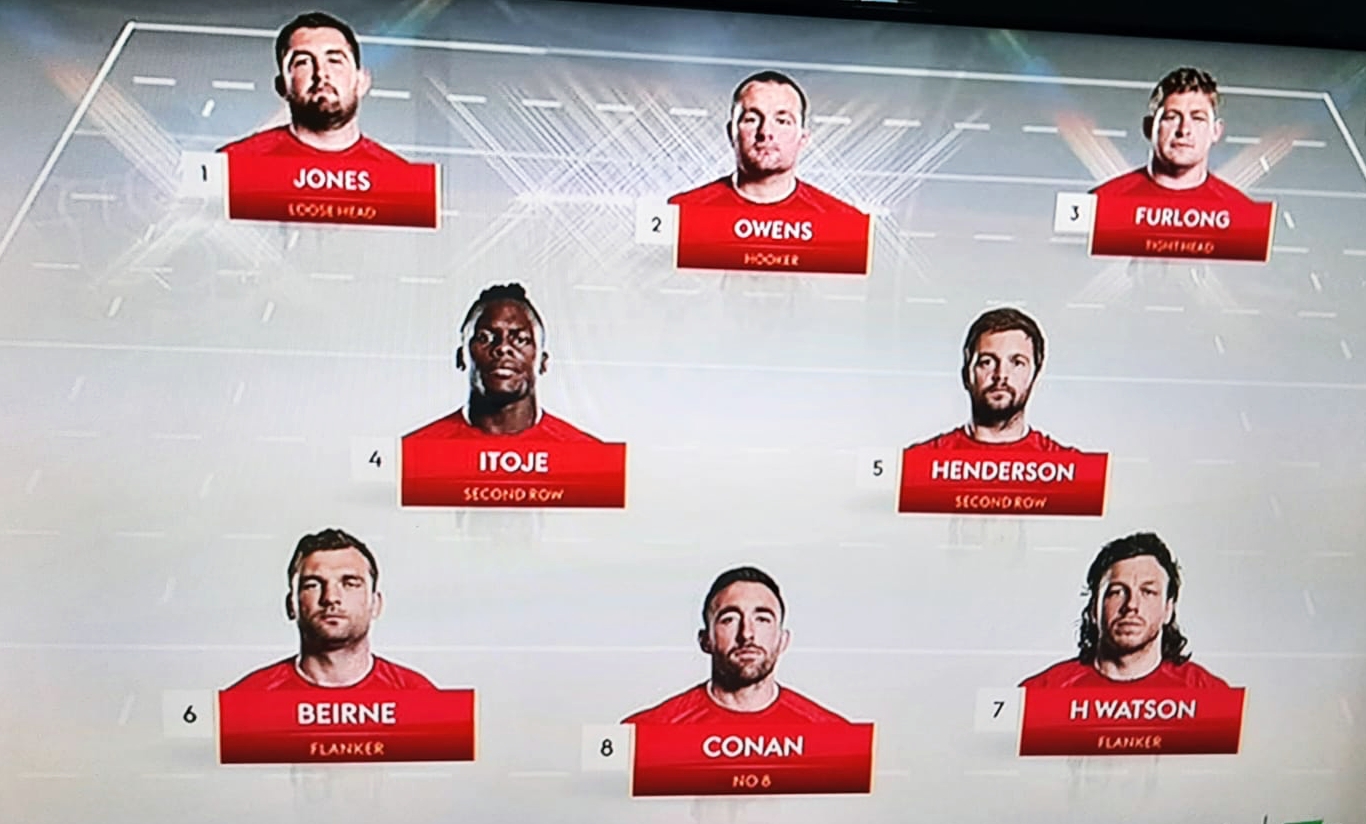 END_OF_DOCUMENT_TOKEN_TO_BE_REPLACED

On selecting Conan ahead of Toby Faletau and Sam Simmonds, Alphonsi referenced his excellent outing in the 28-10 win over Japan, when the Leinster forward tackled with menacing intent, carried well and secured three turnovers for the Lions.

The breakdown of nationalities in Alphonsi's squad is six Irish, five Welsh and two apiece from England and Scotland.

As for Lions head coach Warren Gatland, who will ultimately make the Test XV call, there is 'definitely no thinking about the Test team at the moment'.

"We want everyone to have a run out in the first three games," he commented, "and then we might start mixing and matching a little bit; a few combinations.

"I don’t want us to start looking ahead of that because we know the competition in the squad and how tough it is in all positions. Back-three, midfield, loose forwards, hookers, we’ve a lot of players putting their hands up."

Next up for the Lions is a Wednesday clash with the Cell C Sharks, which kicks off at 5pm.


popular
"This game is going to get abandoned" - Mass brawl between Kilcoo and Burren results in six red cards
"He'll have the best seat in the house" - emotional Mageean pays tribute to late great Kiernan after the race of her life
Quiz: Which player has scored more goals for Ireland?
Teddy Sheringham says Roy Keane didn't speak to him for three years at Man United
Court hears cringeworthy poems Ryan Giggs wrote to his ex
Your guide to a huge weekend of sport and how to watch it all
"Or is she? Or is she" - Greg Allen's frantic commentary perfectly captures Louise Shanahan's outstanding run

You may also like
1 week ago
"Everything’s done for you" - Eddie Jones on how private schools influence English rugby
1 week ago
Faf de Klerk knocked out after horror collision with knee of All Blacks winger Caleb Clarke
1 week ago
"We'll support him in any way we can" - Wallabies captain Michael Hooper backed for brave mental health decision
2 weeks ago
At a time when rugby needs genuine characters, Naitoa Ah Kuoi could not have timed it better
2 weeks ago
Eight Ireland players make final cut in 'World Class' 33-man squad selection
3 weeks ago
"There's no magic wand. A lot of it starts and finishes with hard work" - Ronan O'Gara
Next Page