"Instead of trying to bide my time, the time is now" - Jack Conan

"It took me a few years but I think I got there in the end."

Growing up, you would be more likely to find Jack Conan clutching onto an O'Neills ball rather than a Gilbert.

END_OF_DOCUMENT_TOKEN_TO_BE_REPLACED

His sporting dream was to follow in the footsteps of his older brother, who captained Kilmacanogue, and one day line out alongside him in the Wicklow club championship.

He attended St Gerard's in Bray - the same school as Hozier - and it was not until he was 17 that he really got the sense that his future could be in rugby.

"I played a few games at tight-head," he tells House of Rugby, "as I was probably a bit big for my age, when I was around 13. They'd lump the big lad in the front row. I was terrible."

Conan can vividly recall his one and only tight-head try from school rugby, against Kilkenny College, as he caught the kick-off and blazed up-field to give his side the perfect start. It was form the B team but Conan cared not and was gutted when the referee blew the game up after only five minutes.

There had been a mix up and Conan's side had been mistakenly paired against Kilkenny's A team. The 'real' match against the school's B team got going but there would be no repeat of the try-scoring heroics. 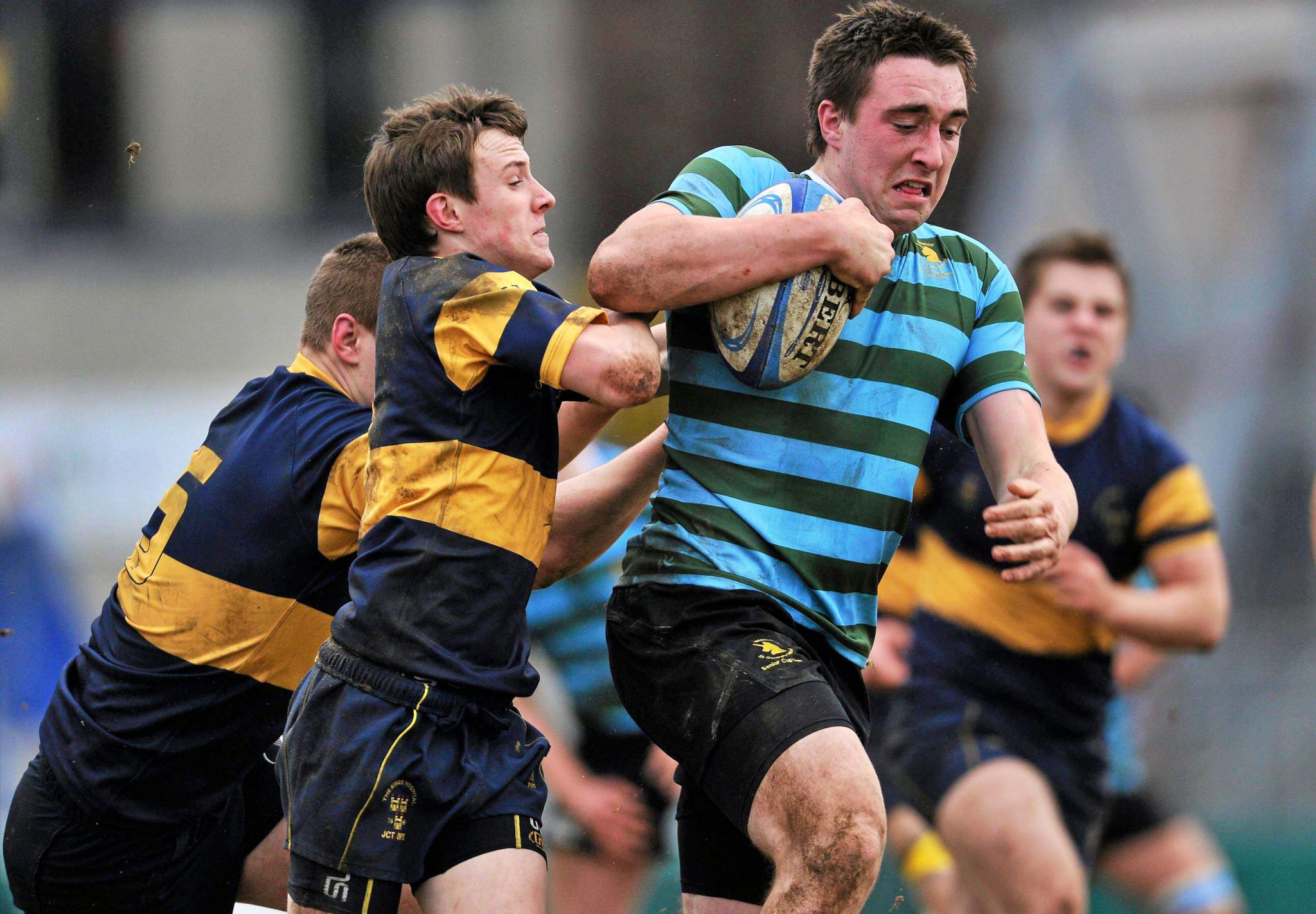 Around second year, Conan was given a run at lock but by third year he shifted to the back row and he found a home. He would make his name there for St Gerard's and was drafted into the Leinster sub academy.

"I was in the sub academy and I didn't initially get into the full academy. They've changed that now and now everybody has to do a mandatory year or two before they go in. But at that stage, lads were still going in. I didn't get the nod to go in, nor did I deserve it, looking back.

"I then picked up a few niggles and injuries and I ended up, initially, not getting picked for the Irish Under 20s. It was gutting, considering that I hadn't gotten into the academy. I had been hoping that if I did well in the internationals that hopefully I'd get back in.

"So that was tough to take, but I always told myself, when I left school, that I always wanted to play rugby at the highest level and I'd be all right. I talked to a few different clubs and ended up talking to Phil Werahiko, who was Old Belvedere's head coach. They had a pretty decent back row at the time, with Leo Auva'a, who was in with Leinster at the time. He was an unbelievable A.I.L player, back then. An unstoppable man!

"So I told myself that if I could go and learn from him, and play some games when he was not around [and on Leinster duty], play some A.I.L and show that I can handle myself at that level, it would show that I was more than capable of playing Under 20s." 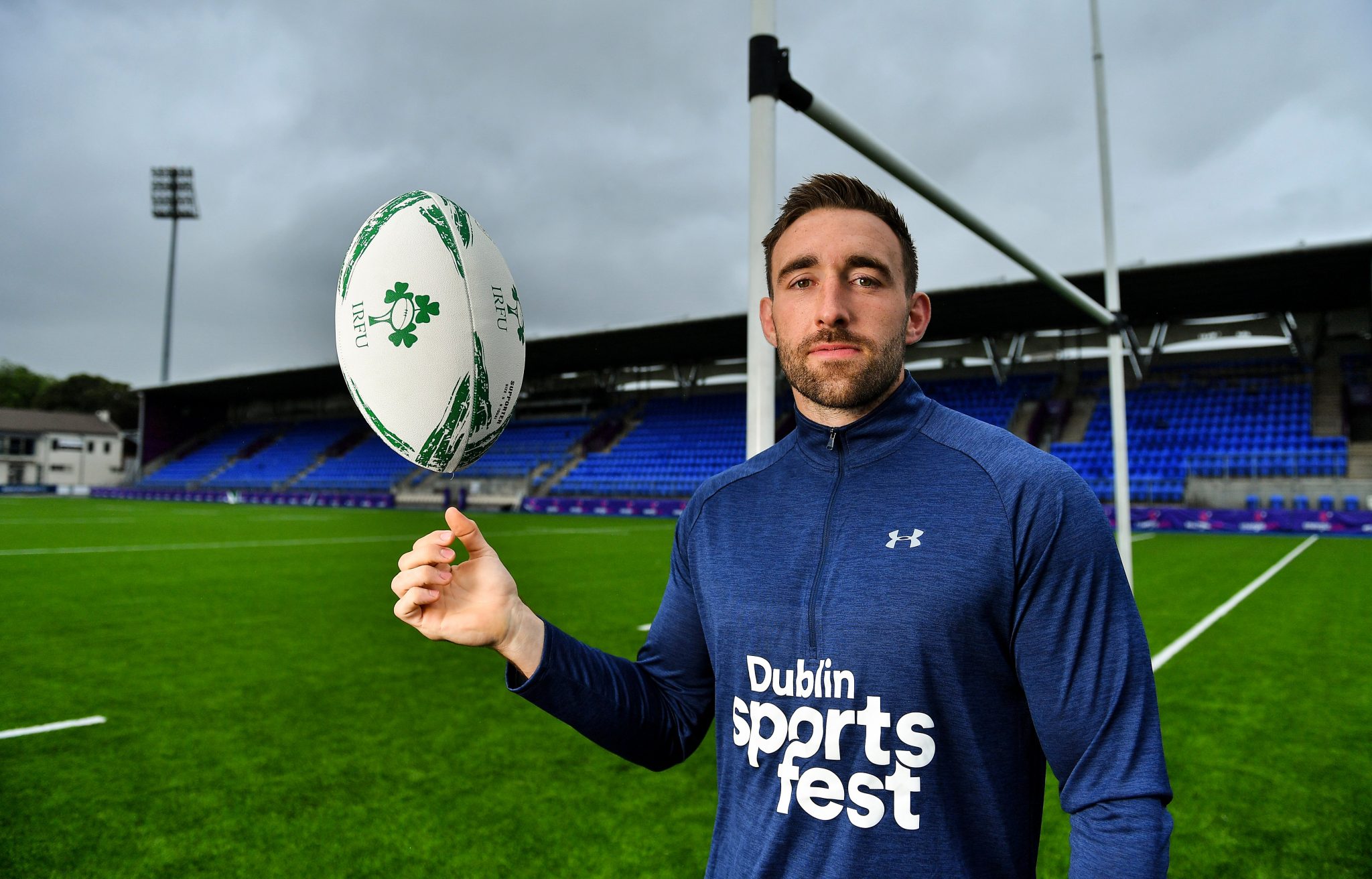 Jack Conan was speaking at the launch of the #ThisIsMyDublin campaign promoting Dublin City Sportsfest 2019, a week-long celebration of sport & physical activity from 23-29 of September.

END_OF_DOCUMENT_TOKEN_TO_BE_REPLACED

Conan's first ever game in the All-Ireland League was against St Mary's and he can still remember the brick wall he ran into during that match.

"Do you remember the France, New Zealand World Cup final [in 2011]," he asks, "when Tony Woodcock scored that try [when the ball was popped down] right through the middle of that lineout?

"So, we had a move like that and I was the guy that was running through the middle of the lineout to catch the ball. I was just off the bench and this was my first minute, and I thought, 'Brilliant. I'm going to catch the ball, break the line and score. It'll be a great first cap for Belvo'.

"I was playing against a former coach of mine, from St Gerard's, a guy called Damien Hall who had played for Ireland Clubs a good few times at that stage. He was playing second row for Mary's. So, I got the ball off the top of the lineout and I went to run through and he absolutely cut me in half. It is still, to this day, one of the worst tackles I have ever taken. I was winded; lying on the ground, in bits."

Conan got up, checked he was in one piece and kept going. The world handed ended and he had not been hooked off. There was no try but he knew he could cope at this level if he just kept improving.

After his first season with Belvedere, Conan was picked back up by the Ireland U20s and went on to make 11 appearances for them over two seasons, scoring five tries along the way. Leinster got him back into their academy and he credits his A.I.L experience as crucial in that recall.

Aged 21, he made his senior Leinster debut in February 2014, against Cardiff, and scored a try. Then-Leinster coach Matt O'Connor took a liking to Conan and he made 22 appearances (13 starts) the following year. That earned him an Emerging Ireland call-up and a senior Ireland debut, against Scotland, two months later (August 2015).

While he was always an outside bet to feature in Joe Schmidt's final 2015 World Cup squad, the only thing stopping him from making the cut in 2019 will be injury. He arrived into pre-season as the form No.8 in the country and is expected to duke it out with Munster's CJ Stander for a starting role with Ireland in Japan. The pair have played in the back row together against Australia and Wales but Conan does not back away from the notion of challenging Christiaan Johan Stander.

"CJ has been the outstanding Number 8 for Ireland for the past few seasons," says Conan. "He has dominated that position and it's only in the last few months that I got an opportunity to play, when he took that knock to his face [against England].

"But I've come to an age and I've put in the performances that, instead of trying to bide my time, the time is now and I have the opportunity to challenge him."

The latest episodes sees Andrew Trimble and Jerry Flannery looking ahead to the slate of warm-up games and Jack Conan drop in for a chat.