After two seasons of Challenge Cup rugby, Sunday saw Connacht return to Europe's top tier and add Montpellier to their list of French scalps. Conor Fitzgerald got the plaudits for his clutch kick and Caolin Blade got man-of-the-match but another two of their squad, Jack Carty and Robin Copeland were key figures in getting the job done.

In years not too distant, Toulouse and Biarritz have both come unstuck against the Westerners. At the weekend, though, Montpellier were heavily tipped to leave Galway with a victory and, if they were dialled in, a possible bonus point.

In the end, all they got was a bonus point and it was one for losing. Connacht recovered from a wretched start - conceding a try to Aaron Cruden after 70 seconds - to get back to 7-6 then stretch ahead with two tries before half-time.

Caolin Blade got Connacht's third try after the break but Montpellier roared back and it was left to former Limerick minor hurler Conor Fitzgerald to knock over a 67th minute penalty that ultimately sealed a win for Andy Friend's injury-ravaged side.

On the latest episode of Baz & Andrew's House of Rugby, Barry Murphy, Andrew Trimble and Jerry Flannery looked back on that 23-20 Connacht victory and a few of the key moments, and players, from the game. 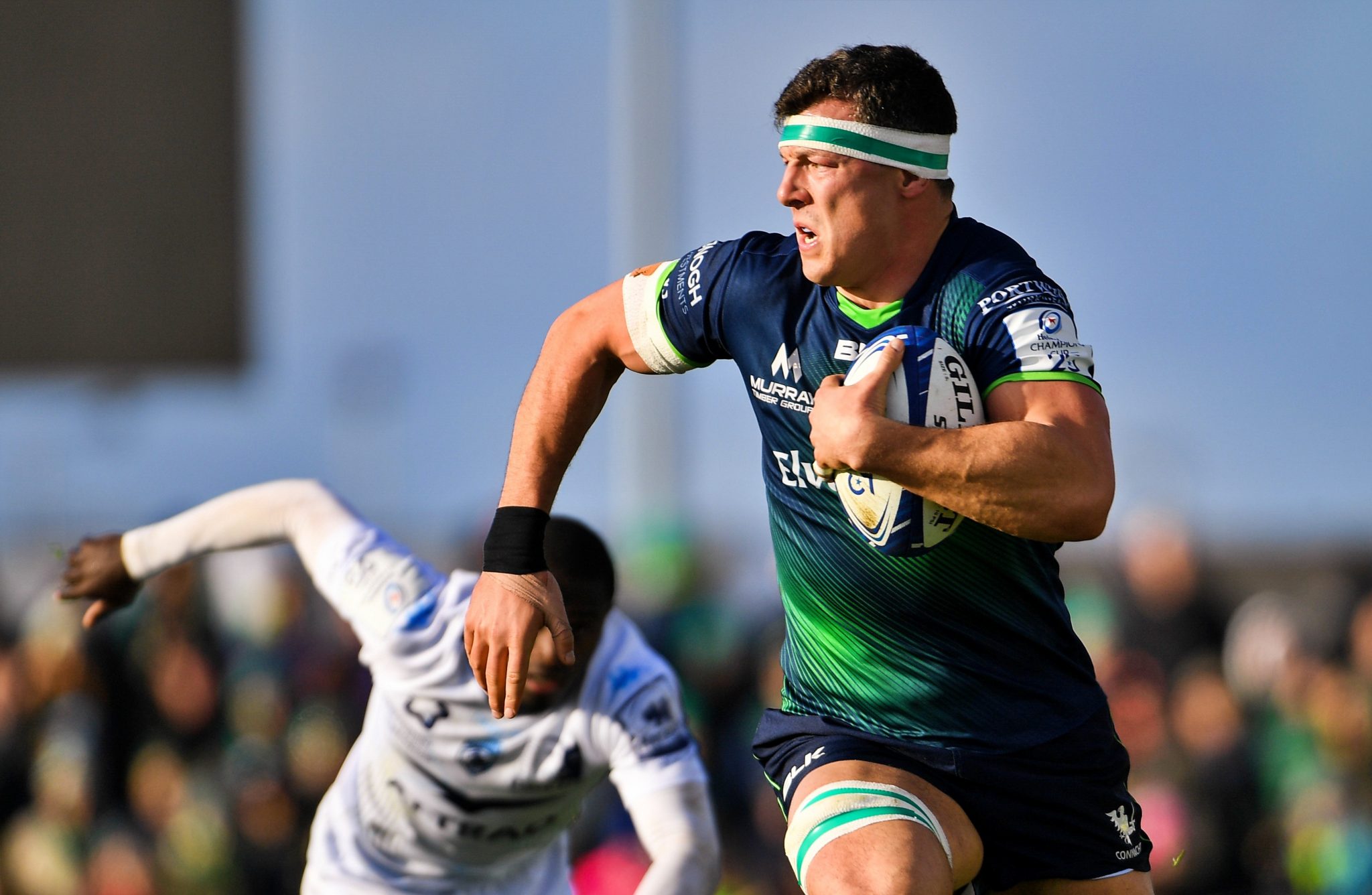 Flannery was very impressed with the likes of Blade, Colby Fainga'a, Denis Buckley and Paul Boyle, but reserved his highest praise for Robin Copeland. The former St Mary's College back-row was expected to do great deeds  at Munster when he signed for them, from Cardiff Blues, in 2014.

END_OF_DOCUMENT_TOKEN_TO_BE_REPLACED

He spent four seasons at Munster and made 71 appearances but he was never a serious threat to CJ Stander for that No.8 jersey when the big matches rolled around. Flannery and Trimble discussed the 32-year-old, who joined Connacht in the summer of 2018.

FLANNERY: "Robin Copeland, man, that dude... if there's a big occasion, he is the guy that can have a big game. He might have had three turnovers. It's the turnovers (and) their work at the breakdown is so good. Buckley had an incredible turnover. Bundee Aki had an incredible turnover and Robin might have had three of them. I remember seeing him at Munster - he's probably the most athletic player I've ever come across, in rugby. His quads man are enormous."

TRIMBLE: "It's weird that he didn't work at Munster, because he was so good at Cardiff."

FLANNERY: "I think it's... his last year - the year before last, at Munster - he must have got man of the match maybe six or seven times in maybe eight or nine games... He was negotiating with Munster and Connacht at the time, and I think Connacht were very keen. So that's the key - keep Copey on a short contract and he is literally unplayable! But that was the first time, at the weekend, that Connacht really saw what he can do. He is insanely powerful. I know him - because I've coached him - and when I see him hitting things, I just know how hard he is doing it. It's just about putting it all together. For him to have to play within a structure and game-plan is probably his biggest challenge but when it comes to him being an athlete, he is phenomenal."

Another player that Flannery felt was key in Connacht's winning of the match was their outhalf, Jack Carty.

"Because he just has a go the whole time and he is so dangerous. Like the break he made for Boyle's try, he just plays the moment that is in front of him and he so often wins those moments. It's just about doing it in the right positions at times."

For all of Carty's undoubted class, it was encouraging for Connacht to be helped over the line by Conor Fitzgerald, who has just turned 22 and who has half a dozen senior caps for the province after his switch from Munster.

Given that Connacht have 16 senior players out injured, it is the likes of Fitzgerald, Stephen Kerins and Matthew Burke that will have to step up and aid the likes of Copeland and Carty if Toulouse are to be overcome at Stade Ernest Wallon next Saturday.

Barry Murphy and Andrew Trimble are joined by Jerry Flannery in the House of Rugby studio to look back on a winning weekend of Champions Cup rugby, and the form of Jack Carty and Robin Copeland.


popular
The SportsJOE 12 o'clock quiz | Day 71
Carl Frampton on the night he opened a tab in a New York bar and immediately regretted it
The SportsJOE 12 o'clock quiz | Day 70
Nigel Owens on how the O'Driscoll and O'Connell captaincy dynamic worked
SportsJOE 2000s Football Quiz | Round 2
The SportsJOE 12 o'clock quiz | Day 67
SportsJOE 2000s Football Quiz | Round 1
You may also like
6 days ago
Baz & Andrew's House of Rugby - Mike Brown on past battles with Ireland
2 weeks ago
"He walks into the dressing room and Pienaar goes, ‘We can’t win’!"
2 weeks ago
Baz & Andrew's House of Rugby - Finn Russell on life in Paris
2 weeks ago
Ben Youngs talks about Leicester Tigers' infamous Tuesday training sessions
3 weeks ago
Ryan Baird on his physical and mental preparations to hit rugby's return running
3 weeks ago
"He's a massive human being with an unbelievable skill level" - Jean De Villiers
Next Page