30 minutes ahead of his appearance on Baz & Andrew's House of Rugby, Jack Carty is buzzed into the office.

The gate to the main courtyard is locked on a Sunday but Fiona, one of the production team, spotted a lad 'that looked like a rugby player' outside and about to make a call. That's Jack Carty, a lad who is having one hell of a season.

The Connacht outhalf has been in handy form for the past three seasons but 2018/19 is his finest yet. He was tipping along nicely in 2015/16 - the year Connacht became PRO12 champions - but injury saw him miss the closing games of an unforgettable season.

AJ MacGinty, who started that final win over Leinster, moved to Sale Sharks that summer. Pat Lam followed him to England (taking over at Bristol) a year later. Carty, a Roscommon native, kicked on to make the 10 jersey his own and help the Westerners get through a tricky couple of seasons.

Andy Friend have given Connacht a new lease of life and Carty has grown into a real leader with his native province. Be it in tandem with Caolin Blade or Kieran Marmion, he is calling the shots and playing his part in a team that has produced some of the best attacking moments of the season.

In February of this year, Carty made Ireland's Guinness Six Nations squad ahead of the likes of Ross Byrne, Billy Burns and Ireland-qualified Tyler Bleyendaal. He made his debut in the win over Italy and featured in the final two games, against France and Wales. 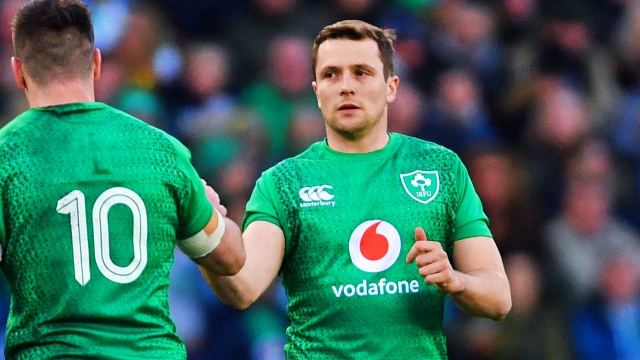 That debut arrived almost two years after Carty feared his chance with Joe Schmidt's side may have passed him by. Back in the summer of 2017, with several Irish players (including Johnny Sexton) off on Lions duty, there were five Connacht call-ups to tour USA and Japan. Carty did not make the cut - Paddy Jackson and Joey Carbery were the out-halves included - but his cousin Brian Carty told him not to lose heart.

On Baz & Andrew's House of Rugby [from 27:00 below], Carty spoke about the support his cousin gave him and how, one year after Brian passed away, he was able to fulfil his cousin's prophecy of him lining out for Ireland.

END_OF_DOCUMENT_TOKEN_TO_BE_REPLACED

Carty was well on his way to becoming Connacht's all-time top points scorer when Schmidt assembled his Six Nations squad back in late January. Despite his provincial form, it was still a surprise to many to see Carty get in the squad ahead of Leinster's Ross Byrne. 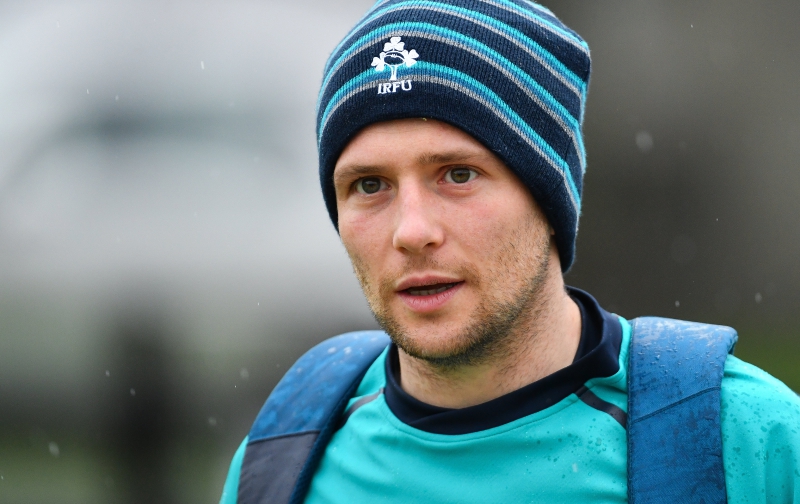 Carty recalled a moment, back in 2017, when he made his first ever Ireland squad. It was only pre-camp, before Schmidt cut down his squad, but it was a chance to mix it with the likes of Johnny Sexton, Paddy Jackson and Joey Carbery.

In that camp, he had a run-in with Andrew Trimble and was left feeling appreciative.

"We were doing a drill called Bodyball and it was first ever time in that environment so I was obviously bricking it. So (for Bodyball), say Trimby would run at me and then hit the ground, and place the ball.

Trimble, for his part, admits he may have been trying to go 100% but it just felt like 60% to his younger squad member.

'A nice little thing to do for his family'

END_OF_DOCUMENT_TOKEN_TO_BE_REPLACED

He held his own in that camp but missed out on the summer tour to USA and Japan. Even when Joey Carbery pulled up injured, on tour, Schmidt persisted with the men he had, getting both Rory Scannell and John Cooney to deputise for Paddy Jackson in Japan.

Carty's family consoled and encouraged him. Brian, who was a few years his senior, assured him his chance would come. Less than nine months after that pep-talk, Brian passed away.

Teammates Tom Farrell and Caolin Blade were also included in the extended squad for this year's Six Nations but did not get to make their debuts. Carty was thrown in and he showed what he was capable of - upping the tempo each time - when he got onto the pitch.

"[The Six Nations experience] was unreal. I probably did think that the opportunity had passed. Coming into World Cup years, teams tend not to change as fellas have been there through the whole cycle. Coming in near the end, you'd have to be doing really well to get a look-in.

"I was fortunate enough with how Connacht were playing, in terms of my form, and there were a few injuries in my position as well. It was something I have been working towards for years and to get it, then, in Rome was class. And getting the two more [caps] after that was cool."

Carty adds, "My parents and Brian's parents would have been real close. I would have been close with Brian, too. He would have been 29 when he passed away. It was unfortunate that I couldn't do it for him while he was alive. [My debut] was nearly a year to the anniversary of his passing, so [dedicating my first cap to him] was a nice little thing to do for his family."

There is a charity cycle in Brian's memory taking place in Athlone on May 26. As much as Carty would like to take part, he dearly wishes to be involved in the Guinness PRO14 final, in Glasgow, on that same day. 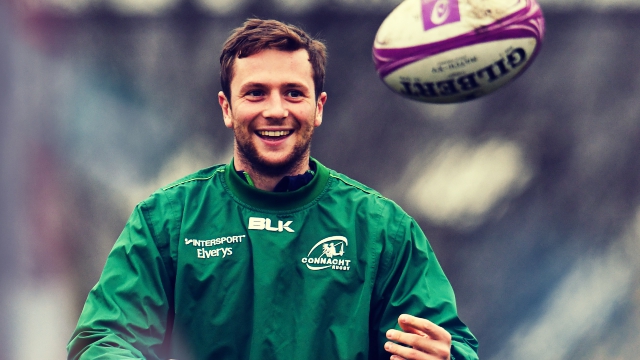 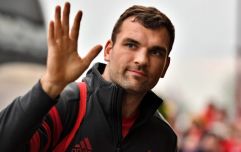 END_OF_DOCUMENT_TOKEN_TO_BE_REPLACED

Carty has, thus far, scored 179 points (including five tries) in his 22 appearances for Connacht this season. He likens Andy Friend's coaching philosophy to being similar, if not as gung-ho, to Pat Lam's. He credits the Aussie for instilling belief into a reshaped squad that had initially struggled to kick on from their 2016 league win.

"I would have said that I always had that attacking drive. But, in the early part of my career, I probably took a bit of a knock, in terms of mistakes and stuff, so I would have reined it in a bit. Especially when you are playing in such a rigid structure - a 2-4-2. It would have been catch, pass.

"I had a good chat with Friendy at the start of the season. He talked about my weapons. I said, 'Look, I've been very inconsistent these past couple of seasons. I want to get to a level of consistency and try to reach my potential'.

"He said, 'It's not about reaching your potential, it's about that untapped potential that all players have'. That is what he has done. He has given all the players confidence about what they are good at."

These are crucial months ahead for Carty. There could yet, two years on from that tour to Japan, be a flight to the Land of the Rising Sun with Carty on it.

"At the start of the season, the goal was to get one Ireland cap. Now that that is done, I've set a new goal to get 10 caps over the next 12 to 18 months. However that comes about, I just have to worry, first, about playing well for Connacht...

"Next season, if myself and Connacht are doing well, in the league and Champions Cup, then I hopefully will be starting for Ireland. That's the goal. It has to be.


popular
Justin Gaethje tells Conor McGregor to wait his turn
The SportsJOE 12 o'clock quiz | Day 73
QUIZ: Can you name the Football Italia cult heroes? | Part 2
The SportsJOE 12 o'clock quiz | Day 72
QUIZ: Correctly identify these World Cup 2014 players from their stickers
Only a true nerd will get full marks in our 2016 football quiz
SportsJOE 2000s Football Quiz | Round 3
You may also like
2 days ago
You'll be hard pushed to get full marks in this Serie A quiz
6 days ago
Baz & Andrew's House of Rugby - Tadhg Beirne and John Cooney
1 week ago
'We knew how much it meant to them' - Conrad Smith on Croke Park history lesson
1 week ago
"I was like, 'Your ribs will be broke, alright, if I get my hands on you again!'"
1 week ago
Baz & Andrew's House of Rugby - Mike Brown on past battles with Ireland
2 weeks ago
Baz & Andrew's House of Rugby - Finn Russell on life in Paris
Next Page