Conor O'Shea begins his World Cup campaign with Italy on a winning note.

Match day three saw two lowly ranked sides face off in a a Pool B clash as Italy faced off against Namibia at the Hanazono Rugby Stadium. That certainly didn't deter fans from cramming into the stadium as every single ticket sold out in the build-up to the match.

Despite the downbeat predictions for the game, the match ended up serving the highest score of the tournament so far.

Five minutes into the game and Namibia stormed into the lead with a converted try. Damian Stevens collected a sweet pass from Chad Plato to cross the line on the right of the posts. First blood to the underdogs.

Just three minutes later, though, Italy landed a penalty try to level the score. After failing to clear a box kick, Italy opted for a line-out and pushed back up for the line. They swung the ball wider moving into the next phase and were awarded a penalty for Namibia's defensive infringement on the line.

As the minutes passed, Italy's defence began to settle following the early scare. 25 minutes in and Italy hammered in another converted try to pull seven points clear as Tommaso Allen rumbled the ball over the line despite being tackled and the conversion promptly sailed through the posts. 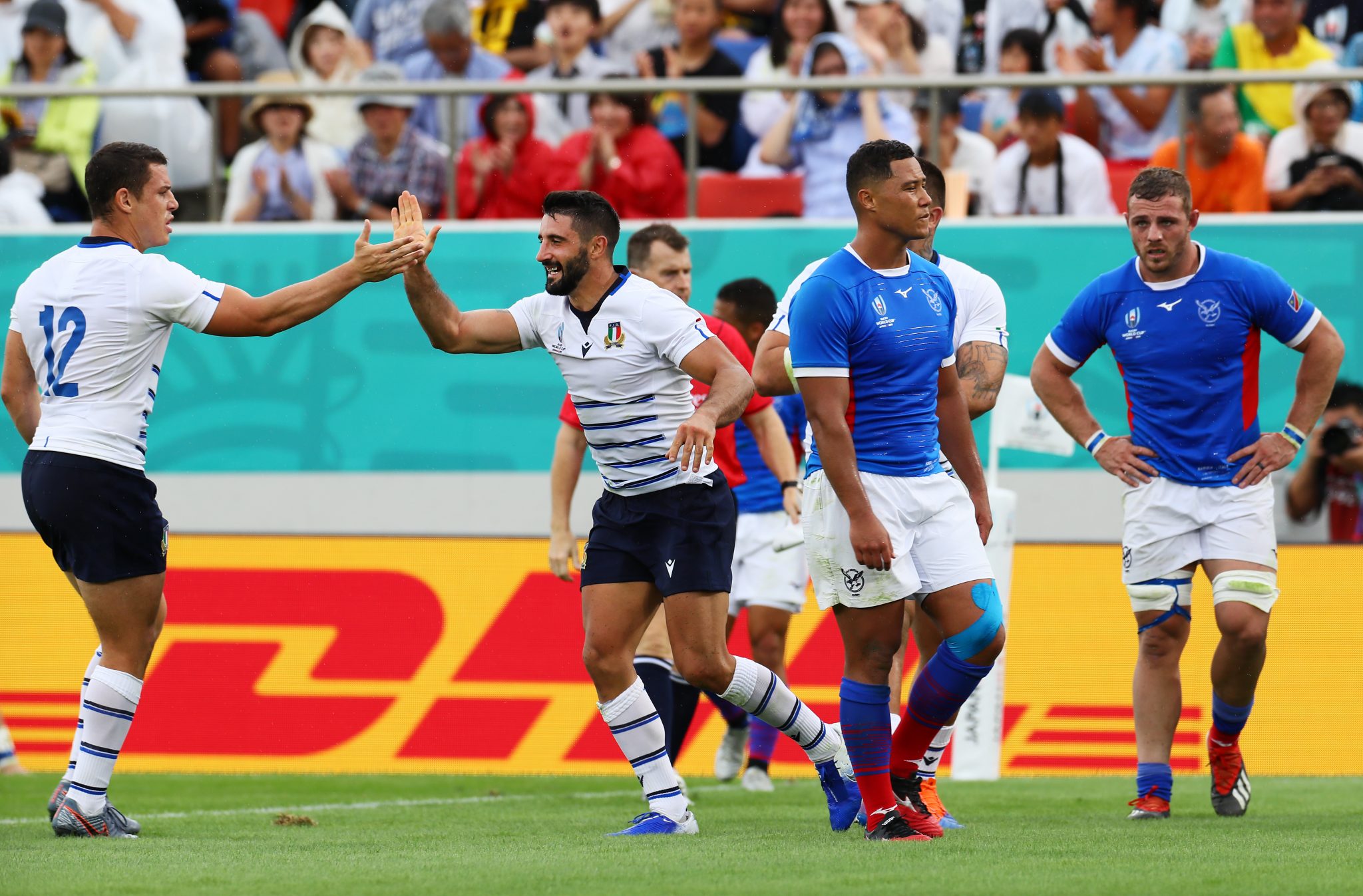 38 minutes in and the clock was halted as Tiziano Pasquiale was down in agony, with a suspected neck injury and had to stretchered off the game in an unfortunate turn of events.

With just seconds left in the first half, Italy were determined to lengthen their lead and head for the tunnels in a commanding position and Tebaldi did just that as he flew past the dozing Namibia defense to score a try and convert from a tight angle to jump the score to 21-7 as the gong invited halftime seconds later. Namibia would have felt disappointed with how they finished the first half, lacking discipline to hold onto the ball through several phases and being punished as a result. Italy, despite their commanding score should've led by a greater margin were it not for their own sloppiness on occasion. 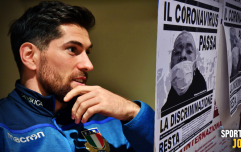 END_OF_DOCUMENT_TOKEN_TO_BE_REPLACED

Luca Morisi performed brilliantly for Italy in the first half with 49 metres made, three defenders beaten, six successful tackles and one turnover.

Seven minutes into the second half and with the heavens opening up, Italy scored another try as when Padovani scooped the ball after a lateral kick from Benvenuti across the field. The score line read 38-7 to Italy as Namibia as a possible rout loomed on the horizon for the African side.

50 minutes in and Namibia were granted a lifeline in the form of a penalty from 30 yards out and Loubser promptly stepped up and sent the ball sailing through to set the score at 35-10.

Eight minutes later, Namibia bloodied Italy's nose with an exquisite team move starting with Stevens and ending with JC Greyling, who cut right through three defenders to push the scoreline to 35-15.

He came out no nowhere! How good was this from Namibia's JC Greyling, brilliant try saving tackle #ITAvNAM #RWC2019

Under the slippery conditions, handling errors came thick and fast as passes slipped low and receives slipped out.

69 minutes in and Italy grabbed another try from a set-piece as the throw from the line out quickly shaped into a maul from which Polledri barged over the line to score. The subsequent conversion was missed to leave the scoreline at 40-15 with around 10 minutes left to fight for.

76 minutes into the match and Italy landed another converted try to pretty much put the result beyond doubt. The Italians spread wide and Matteo Minozzi was the man in the right place to get the ball over the line and Canna converted to tick the score over to 47-15. 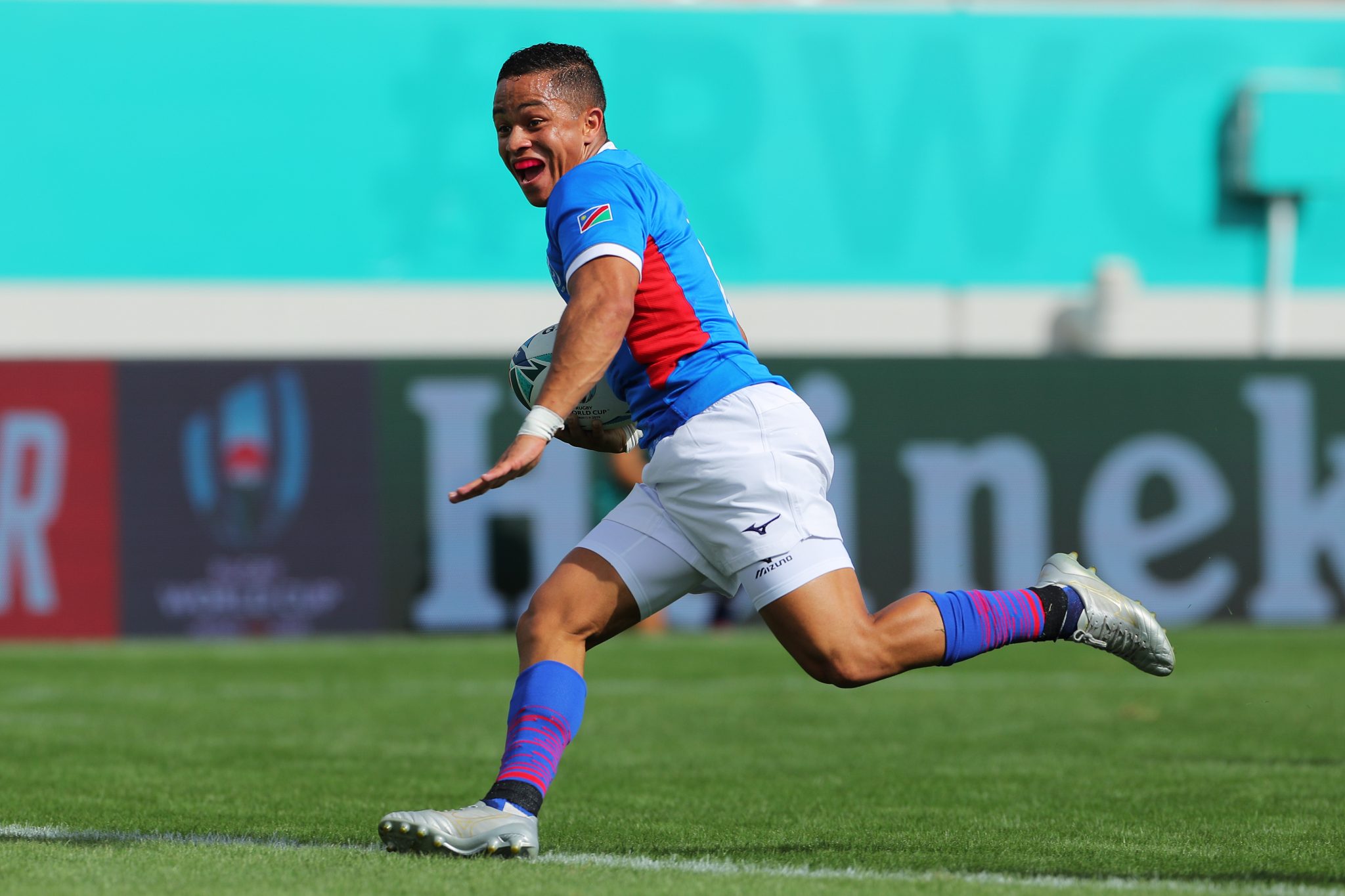 Minutes before the game met its demise, Namibia in a final flurry gathered up a converted try to push their plunders to 22-47 to Italy. And so it finished at the Hanazono stadium as Italy thumped their opponents by a whopping 25 points to open their campaign on a high.

An entertaining affair it was indeed despite two lesser ranked teams battling it out. For Italy, they can have no qualms about the result and given their next fight is up against Canada, they will back themselves to secure a result there as well.

As for Namibia, they would have come into the tournament fully aware of their 'underdog' status and that such a tag always brings with it a risk of a rout at the hands of the big guns. Nevertheless, they deserve credit for their spirited performance. Having said that though, they might just be dreading their next showdown against South Africa in six days time.


popular
The SportsJOE 12 o'clock quiz | Day 136
The daily diet of Manchester United midfielder Jesse Lingard
Jadon Sancho to earn eye-watering salary at Manchester United
"It's not about winning at underage. It's about building players and building people"
The SportsJOE 12 o'clock quiz | Day 135
"When I signed for Munster, I didn't know Damian was coming as well" - RG Snyman
COMPETITION: Answer this survey for a chance to win a fabulous stay at the Trident Hotel in Kinsale
You may also like
4 months ago
QUIZ: Can you name the Football Italia cult heroes?
4 months ago
Baz & Andrew's House of Rugby - Latest from locked-down Italy
9 months ago
Sergio Parisse rips rugby officials a new one over World Cup fixture farce
10 months ago
WATCH: South Africa grab comfortable 49-3 win over Italy in RWC 2019
10 months ago
WATCH: Italy trounced Canada 48-7 on matchday seven of RWC 2019
11 months ago
Ireland deal with Italy as focus turns to Joey Carbery injury
Next Page