Ireland went back to "tried and trusted" - Isa Nacewa

Isa Nacewa wasn't holding back when he was commenting on Ireland's regression in the past year.

The Irish rugby team peaked 11 months ago. While everyone else was still a year out from their World Cup form, they landed themselves top of a pile of teams who just weren't at their own best form. Ireland beat all and everything before them; Grand Slam champions, winning a tour of Australia, and the cherry on top of beating New Zealand at home for the first time in history. 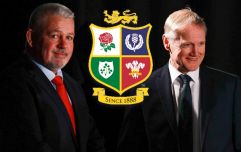 END_OF_DOCUMENT_TOKEN_TO_BE_REPLACED

Then it all changed utterly. A comprehensive defeat to England in the opening game of the 2019 6 Nations, a mauling in Cardiff on the final day of that competition, the August battering in Twickenham, embarrassment against Japan and the running-out-of-synonyms defeat against New Zealand.

They failed where Irish teams always have before.

So what happened? If you were to watch the 2018 and 2019 games against New Zealand side by side, you couldn't admit that the two sides in green were the same team. The line speed, accuracy and general ability to hold onto the ball were just non-existent in the 2019 mutant that so often took to the field.

Speaking on Will Greenwood's podcast for Sky Sports, former Leinster fullback Isa Nacewa said it was clear that any attacking flair and spontaneity that had crept into the Irish camp was stamped out in 2019;

"In the 2017/18 season once Leinster started playing an attacking brand of rugby and the majority of the Ireland squad was Leinster based they let a little bit of that Leinster flair infiltrate the Ireland camp... Joe (Schmidt) started to go away from his tried and trusted drills and introduced a bit of what we call unstructured play, that came into Ireland camp in training and in the Six Nations and they were throwing off-loads, there was continuity to their play. That got them all the way to the top of the world and an unbeaten year with all the trophies. He went back to the tried and trusted of what worked for the last six years and I just don’t think they were expressive enough. They didn’t have the right ball players and the likes to play that flowing rugby that Johnny (Sexton) likes to play, likes to drive. They lost key players in certain positions and they just never got their flow on."

The quotes ring true if you watch any of Ireland's games this year and compare them to the four sides who are in the semi-finals of the World Cup this weekend. A lack of expression and too rigid a game plan hamstrung the side in a critical year. Again.


popular
Rob Kearney taught a classic GAA lesson when he tried to have the craic in second game back
The scenes in Newbridge as the biggest hit and hope ever knocks Moorefield out
Kieran McGeary on his relationship with Mickey Harte and his role in Tyrone's success this year
How one text message a teammate sent Kieran McGeary proves that Tyrone's success was a team effort
Rob Kearney on defying union "bigwig" that told him he'd never play GAA again
Shane Lowry had no problem setting reporters straight at Ryder Cup briefing
"Mayo have been back and back and back all the time. That's some resilience, to do that." - McGeary bats for Mayo
You may also like
1 year ago
"I thought it was just a nonsense, until I got out to Japan and suddenly realised"
1 year ago
Joe Schmidt: dropping Toner and Marmion was "miserable"
1 year ago
Schmidt's player loyalty not to blame - Jerry Flannery
1 year ago
Ireland fecked out of World Cup early again after failing to back up big talk
1 year ago
Absence of Rob Kearney and Peter O'Mahony from Ireland team explained
1 year ago
Joe Schmidt backs Joey Carbery decision to kick ball dead
Next Page