Every Irish rugby fan will look back on the 2019 World Cup, like several recent editions of the tournament, with regret.

From 2007 onward, after an upturn in our national team's fortunes, we have gone to World Cups with genuine hopes of being in the mix come the final week. 12 years ago, we went from losing a Six Nations title to a last-minute try to being dumped out at the pool stages.

In the past three campaigns, it has been no better. Whether we are in form, out of form, Six Nations champions or middle of the road, the results of the last three World Cup campaigns have been the same - quarter final, end of the road. 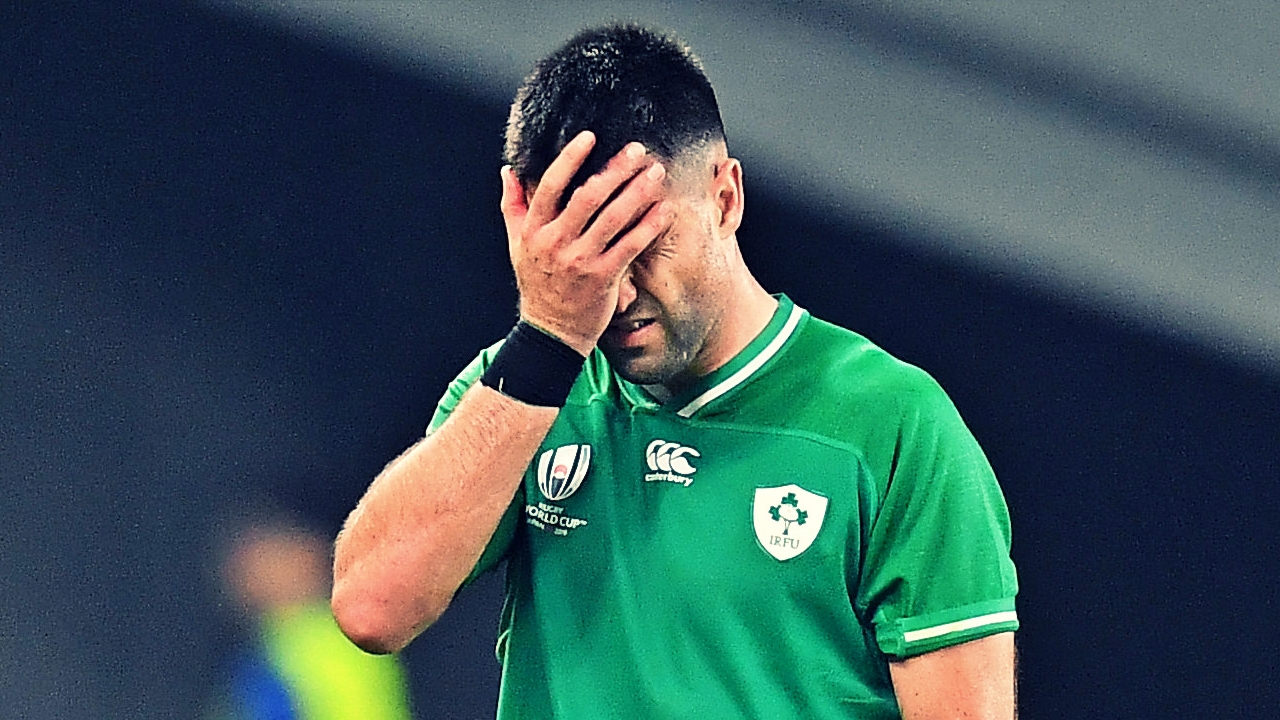 As part of SportsJOE presents: The Great Debate, we're putting former Ireland head coach Eddie O'Sullivan up against a journalist that has been withering and unshirking in his criticisms of the national rugby team, Ewan MacKenna.

The topic is a juicy one, especially when you consider Ireland's recent World Cup exit - IRELAND ARE CELEBRITY LOSERS.

The opinionated, passionate duo are part of a heavily-stacked card in Dublin's Mansion House on Thursday, November 28.

O'Sullivan was no shrinking violet when it came to Ireland's World Cup failure - 'There's no shame in losing to New Zealand but it was an absolute tonking' - but he is of the firm belief that this country has long punched above its weight on the world stage.

And he knows all about the weight of expectation placed on Irish teams, by the pundits and the public. Back in 2007, he declared:

"All I can say is, thanks for the 'favourites' tag; it's not worth a string of beans... It ain't going to happen if a lot of things don't fall into place."

O'Sullivan has been in the thick of Irish rugby - with Garryowen, Connacht and Ireland - for over four decades and takes the highs as seriously as the lows. MacKenna takes his rugby seriously too, and the lows often get his blood up: 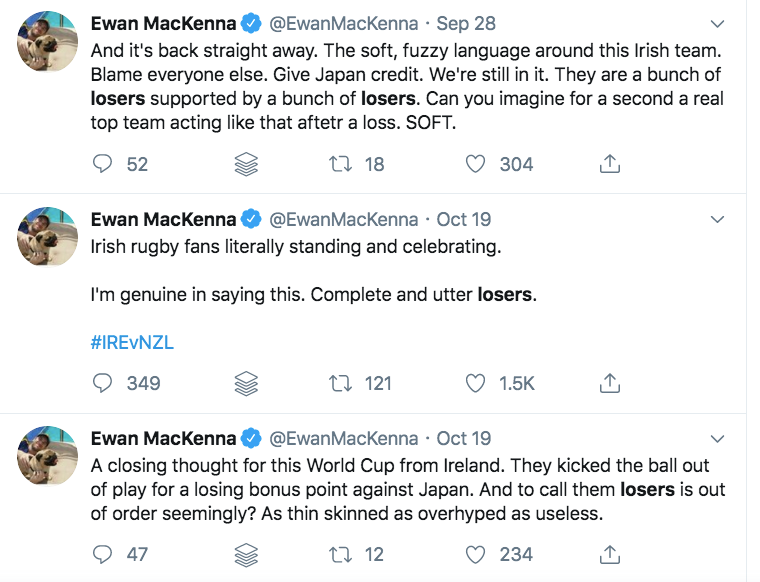 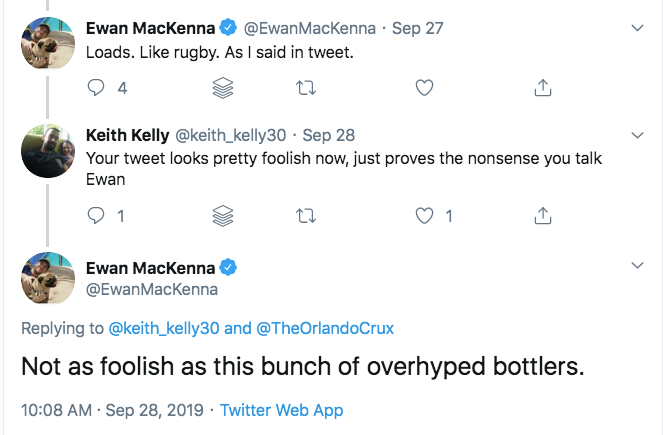 World Player of the Year? Never rated him, mate.

When it's announced that the head coach has a book coming out:

And don't get him started on the previous generation...

This one should be absorbing.

Eddie has his work cut out for him.

Get along to The Great Debate on November 28. Three different sports, three different discussion points and you decide the winner.


popular
The SportsJOE 12 o'clock quiz | Day 105
The SportsJOE 12 o'clock quiz | Day 104
James Haskell on text exchange with Peter O'Mahony after Ireland's victory over Scotland
Egan cleans out Spurs by reading the breaks and executing the blocks
David Beckham recalls how a trip to Ireland got him in trouble with Alex Ferguson
"Shane was just gifted. He could play centre back, centre forward, he had everything"
Can you name every English football club that begins with 'W'?
You may also like
5 days ago
"Having one of the best in the world to emulate has been really good"
5 days ago
QUIZ: How well do you know Paul McGrath's football career?
6 days ago
"I'm so proud of the opportunities Ireland gave me and of the woman I am today" - Linda Djougang
1 week ago
"As a team, we’re ready to take a trophy home now" - Craig Casey
1 week ago
The brutal training drill every rugby pro has to get through this week
2 weeks ago
Baz & Andrew's House of Rugby - Dave Kilcoyne on his big Munster break
Next Page