The battle for the Irish flyhalf spots

In many ways, the Rugby World Cup in Japan feels like a distant nightmare at this stage. The Irish provinces have roared back into form in the Champions Cup and Pro 14 since another Quarter Final exit on the world stage back in October, with 9 wins, a draw and just 2 losses (both Connacht's) to the regions in the Champions Cup to date. Munster, Leinster and Ulster are all unbeaten in Europe.

The bad news came late in 2019 that Johnny Sexton will miss at least the first two games of the Six Nations campaign, and the manner in which Ireland struggled without the flyhalf in Japan at times, has seen a lot of those concerns return. These fears have only been compounded by the news this evening reported by the Irish Independent that his expected replacement Joey Carbery has suffered yet another injury setback in Munster's interpro defeat to Ulster last weekend, with the former Leinsterman expected to undergo surgery and out for the foreseeable future.

Let's look on the bright side, it's now an opportunity for one of a number of outhalves to stake their claim for the jersey, particularly considering Sexton is extremely unlikely to be the holder of that jersey in France in 2023 at the age of 38, and that Joey Carbery is a proven talent. Bear in mind as well that the game against Scotland in the Aviva Stadium in Dublin will be Head Coach Andy Farrell's first in charge of Ireland, as the post-Schmidt era kicks off in earnest. He'll want to lay down a marker within the squad as well as with Ireland's opponents.

So, who's next in line for the 10 jersey? Who is likely to take the spot on the bench? And who will play against Italy?

He was the natural choice as Sexton's replacement, and the form he showed last year in Munster's season gave rise to murmurs of him ousting Sexton in the green 10 shirt outright. His move to the southern province not only guaranteed him game time, but also allowed him to link up with stalwart 9 Conor Murray on a regular basis, and the former Blackrock man flourished in big games last season. He carried that form into the World Cup warm-up with Italy... and that's when it all unravelled. An ankle injury curtailed his involvement in the Far East, only making 3 appearances and all off the bench. The 10 jersey would have been his with a decent run of games under his belt, but this cruellest of blows now sees him likely out of the running for the upcoming tournament. 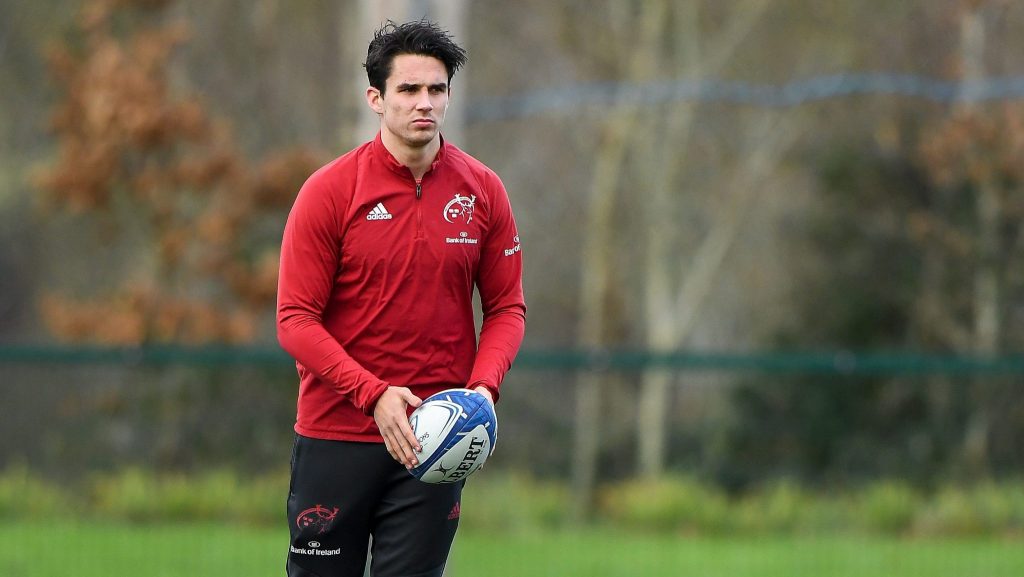 END_OF_DOCUMENT_TOKEN_TO_BE_REPLACED

While his provincial teammate Devin Toner took most of the headlines when the World Cup squad was finalised, Ross Byrne could easily have felt that he too was a standout name not making the final travelling 31. After having suffered a similar fate when the 6 Nations squad was initially named in January, Byrne embarked on a great run of form in Leinster and worked his way back into contention by the final two rounds of fixtures. Going into the warm-up games, he was favourite to take the third flyhalf berth on the plane, but was ultimately undone by Carty's good run of form and his (unfortunate) role in the massacre at Twickenham. With Sexton absent from the Eastern province, he has rotated the 10 jersey with brother Harry and Ciarán Frawley, and scored a try within minutes of replacing Sexton in that game against Northampton at the weekend. Considering form, guaranteed game time and previous experience, he's likely to be Andy Farrell's leading man. Named in Andy Farrell's mid-season stocktake, and deservedly so. 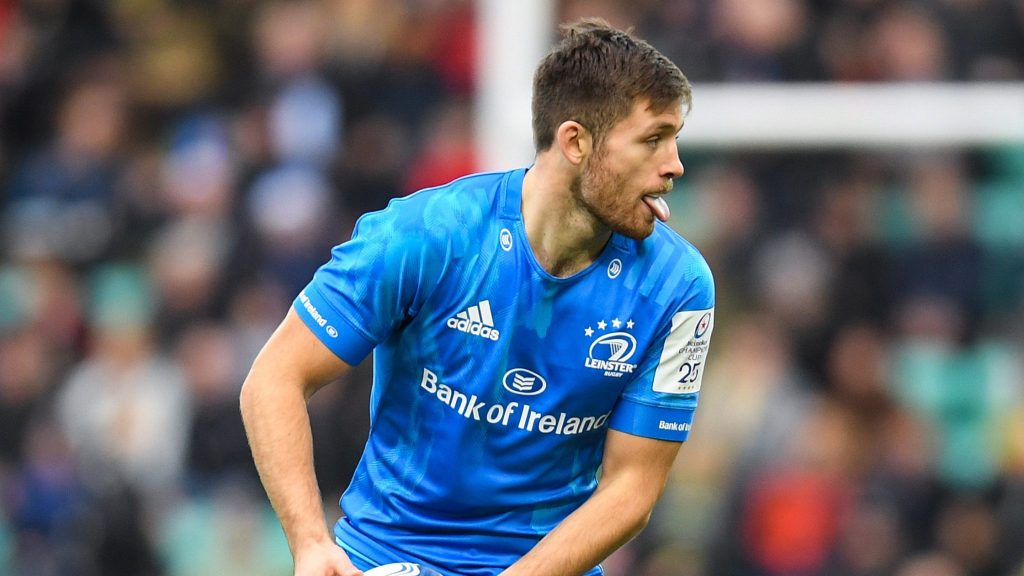 Despite playing both u18s and u20s for England, a Cork-born grandfather means Ulster's 10 qualifies for Ireland. Ulster are 3 from 3 in the Champions Cup, and while most of that is down to the heroics of outstanding scrum half John Cooney, Burns has been a steady guiding hand for the northern province since his arrival from Gloucester at the beginning of last season. The 25 year-old probably seemed a few rungs down the pecking order to receive the call in January, but his naming in Farrell's mid-season stocktake shows how seriously he is being considered by the new coaching ticket. 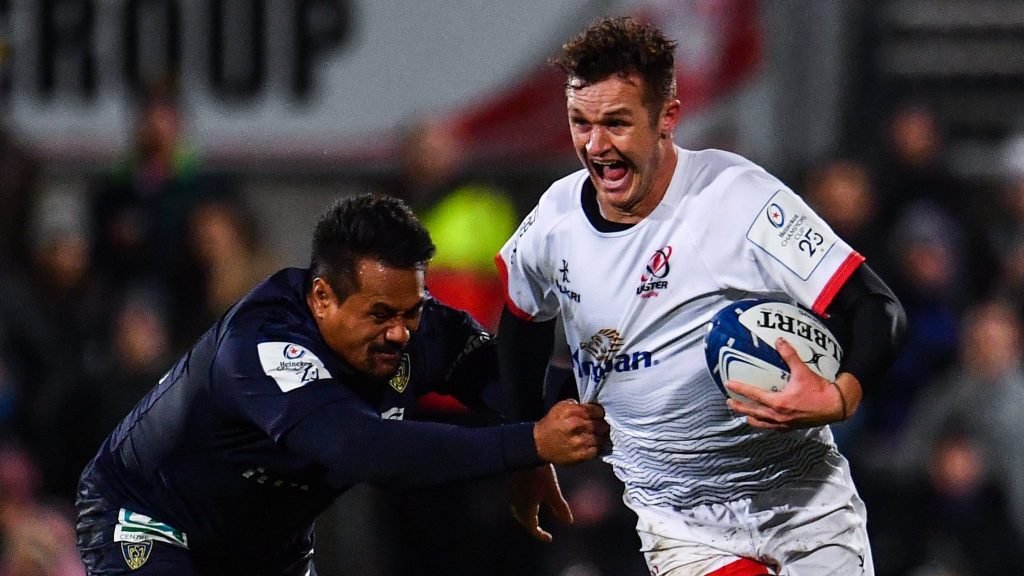 Carty edged Ross Byrne out of the World Cup squad after an incredible season out West for Connacht and a good run of form in the warm-up fixtures, notably in his first ever Test start against Wales in Cardiff in the penultimate fixture before Japan. He had a mixed bag at the World Cup, integral to Ireland's fiery start against Japan but equally responsible for their subsequent demise in that fixture, and that form has seen him out of favour in Andy Friend's sides since he's returned. On this week's episode of House of Rugby, Andrew Trimble and Jerry Flannery were positive about what he brings to teams;

Trimble - "It's tough, it's tough punishing someone like that... It's early enough (50 minutes), it's definitely saying something, it's definitely a message... After the intercept, is he saying 'don't throw those, don't take those chances and be a little bit more tight?'." If he then takes that mindset on, if he had that mindset of 'I don't want to get pulled off early here' then he wouldn't have thrown that offload for that try, a moment of brilliance That's something that kind of characterises the way he plays, so you don't want to lose that. It would be a shame if by 50 minutes he's off, if he keeps hearing that message he will tighten up his game and he might become not the player that we're used to."

Flannery - "They have to go out to win the game, and Jack Carty tries to win every moment that he plays. Now, sometimes it doesn't come off. But when he can pull that try out of his ass where he offloads the ball to Porch, like that's unbelievable.  Now, you don't want to lose that, and you can just say 'listen, Jack, go out and play your game'. You're not trying tot tell him to go from being a real creator all the time to suddenly being super conservative but you just say 'listen go out and play your game'... Don't take away what makes Jack Carty special."

Trimble - "That's why he's unique, that's why we're big fans of him. Because he does that stuff."

A good run of form is needed if he is to step into the breach and lead the line in the springtime, especially having not been named in Farrell's de facto first squad before Christmas. May be running out of time. 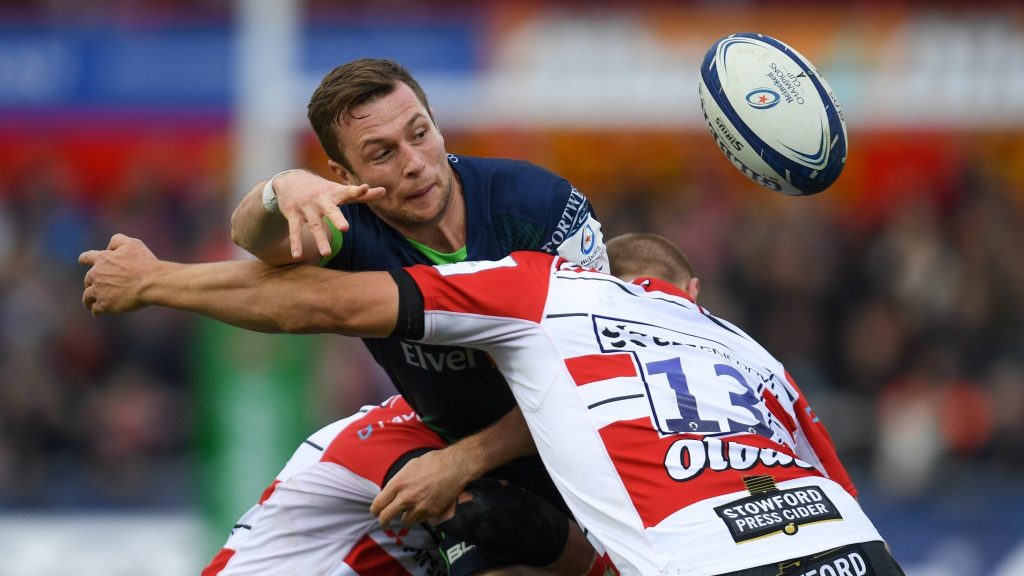 It's a testament to the strength in depth out West that two of their flyhalfs are pushing for inclusion in the international squad now, but academy 10 Fitzgerald has been a standout performer for Connacht this season both in the Pro 14 and in Europe, where his late penalty against Montpellier secured Connacht's only continental win so far this season. It's a win-win season for the Clare man, as if he doesn't secure a call-up to Andy Farrell's squad in the coming weeks, he'll be likely guaranteed gametime should Carty instead be heading to Carton House. The future is bright either way for the young flyhalf, but it could be brighter in the coming months, particularly if Farrell chooses to send a message and clearly build for the future. Not named in that stocktake, but everything is up in the air now, if he can recover from an injury picked up over the Christmas period 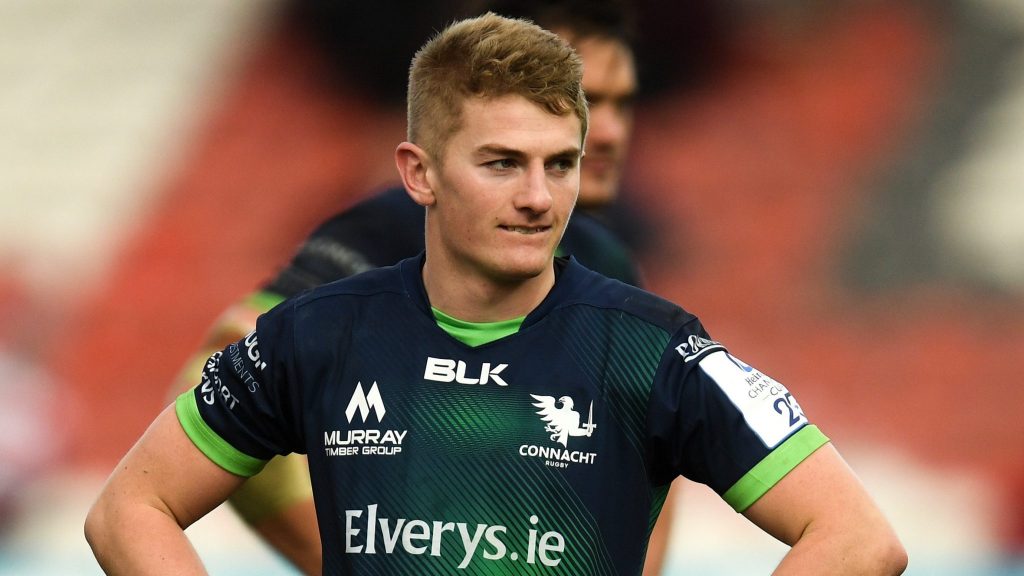 Joey Carbery's absence from Munster for such an extended period, coupled with a recurrence of Tyler Bleyendaal's neck problems (without which he would be featuring in this piece), JJ Hanrahan has taken the reins at Munster in recent months. It's been a solid season so far for the former Northampton man, even if his return to Munster hasn't perhaps gone as well as people, including Hanrahan himself, would have liked or expected. At the age of 27, time may be against the versatile 10, but he'll take heart from Jack Carty's late blooming on the international stage, and the fact that good form was clearly rewarded even at a later stage in Carty's career than would usually be expected for a Test international. His ability to play across a number of positions in the backline may also count in his favour, but he's likely to be absent when the squad is named in January. 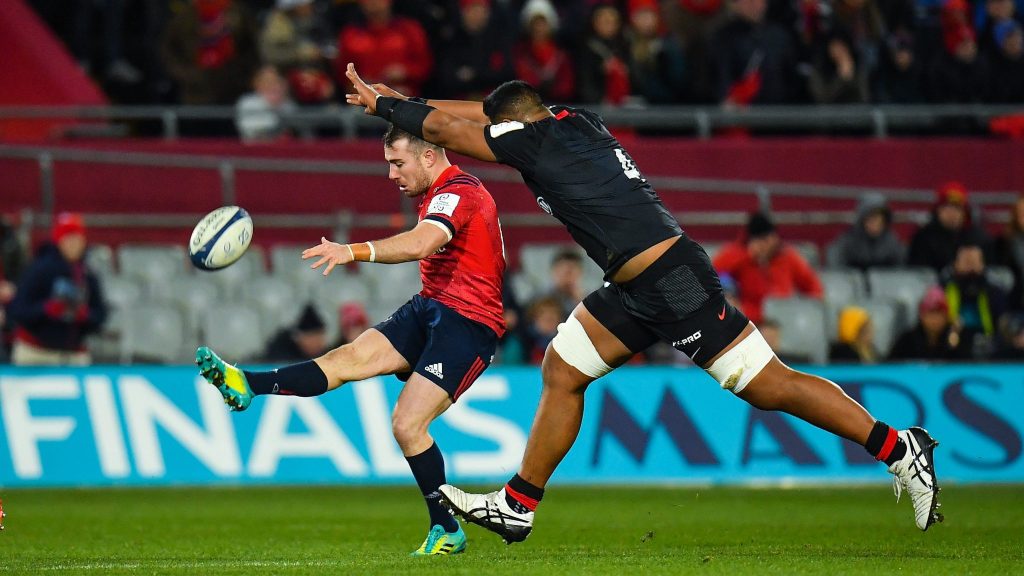