Some big calls in that Ireland squad, and a back three dilemma for Andy Farrell.

Ireland have named a 36-man squad for the opening two rounds of the 2021 Six Nations and there are talking points all over the place.

The headline-grabbers are Tadhg Furlong, who has not played since last February, being included while the injured Jacob Stockdale and unwanted trio of John Cooney, Jack Carty and Luke McGrath all miss out.

END_OF_DOCUMENT_TOKEN_TO_BE_REPLACED

While fans from the four provinces will all make strong cases for their own guys to get the nod, it is, on the whole, a well balanced squad. Farrell can't please everyone and he is clearly looking to the future with some of his calls. On Furling and Stockdale, the Ireland head coach commented:

"Tadhg hasn’t played in quite a while but he is ready to join the group. Unfortunately Jacob will not be available to us."

There was no mention of Johnny Sexton's fitness in that IRFU squad announcement but it was disconcerting to see him needing treatment on that right-leg hamstring again, before he was subbed off at Thomond Park, on Saturday. 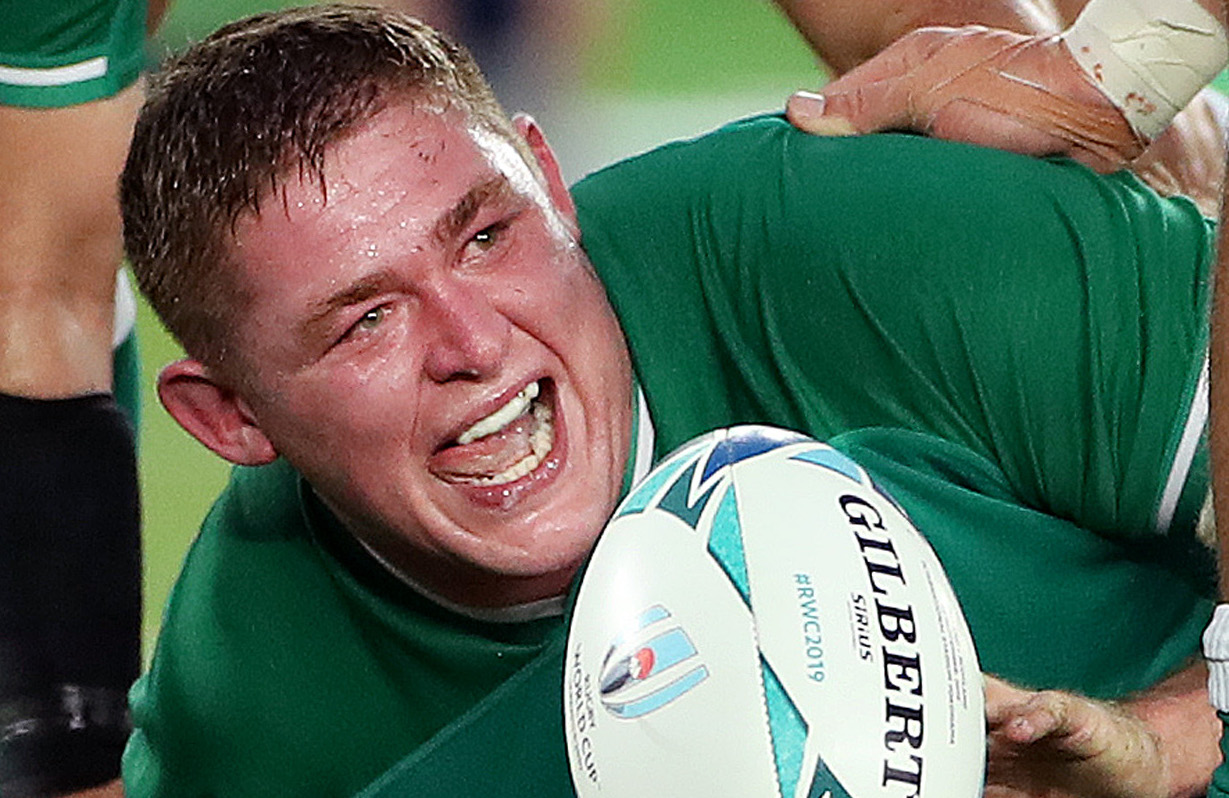 Tadhg Furlong is back in his first Ireland squad since February 2020. (Photo by Hannah Peters/Getty Images)

END_OF_DOCUMENT_TOKEN_TO_BE_REPLACED

Now that the squad has been picked, though, we can take a closer look at the team and match-day squad calls Farrell will be pondering ahead of the Wales game on February 7.

Furlong may get a chance to show the Irish coaching staff, this weekend, how close to full fitness he is when Leinster take on Scarlets in the PRO14. Stuart Lancaster is speaking with the media later today and may also update us on how close James Lowe is to returning.

However, even both men running out against the Welsh side would not be enough to sway our team selection for the Wales game. To us, Jordan Larmour goes straight back into the starting XV. Farrell may well persist with playing him at fullback - and if he does, he should commit for the championship - but we would select Hugo Keenan at 15 with Larmour and Keith Earls on the right and left wings, respectively.

END_OF_DOCUMENT_TOKEN_TO_BE_REPLACED

Elsewhere, Andrew Porter gets another start at tighthead after a commendable showing for Ireland in the winter. That means Tadhg Furlong and James Lowe are on the bench for the Wales game in Cardiff - two class operators to bring into the fray.

In midfield, Robbie Henshaw is the form centre in Ireland right now and Garry Ringrose would get our shout ahead of Bundee Aki. The back row looks settled with Farrell facing a choice over Will Connors or Josh van der Flier (or Rhys Ruddock) on the bench.

In the second row, Tadhg Beirne simply has to start after his recent inter-pro and European performances, but Iain Henderson is never far away in these conversations.

You may also like
15 hours ago
Ireland's self destructive mentality kills Croke Park fight for Katie Taylor
2 days ago
"I've heard people tipping Wales to beat us. I was actually offended!" - Greg O'Shea
2 days ago
"It's crazy to think Bundee Aki might come straight in and start against Wales"
4 days ago
Two Ireland stars included in Premier League's 'young English XI'
4 days ago
British publication urges Gareth Southgate to claim Evan Ferguson for England
1 week ago
The two toughest calls in Ireland team to face Wales are in the backline
Next Page