Andrew Conway would want to get his skates on.

Leinster and Munster have shown their selection cards ahead of this weekend's Guinness PRO14 clash at the Aviva Stadium.

While Leinster have welcomed back one Lion, Robbie Henshaw at centre, there is no sign of another, Sean O'Brien. Instead, Josh van der Flier starts at No.7 with Jordi Murphy and Jack Conan keeping him company in the back row.

END_OF_DOCUMENT_TOKEN_TO_BE_REPLACED

Peter O'Mahony, Tommy O'Donnell and CJ Stander are in the back row for the second weekend running, teeing up a battle of the No.8s between Stander [red corner] and Conan [blue corner].

Andrew Conway is on the right wing for Munster and he is tasked, on his return to Dublin, with shackling the attacking threat of Ireland's fastest rugby player. Leinster captain Isa Nacewa revealed on SportsJOE Live, earlier this week, that Daly set the team record for sprints. 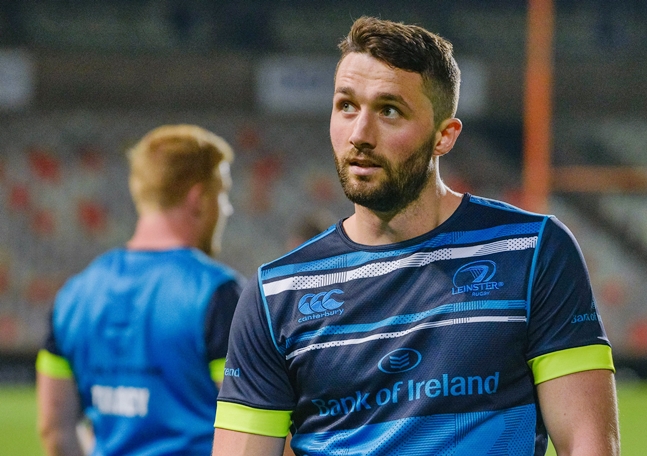 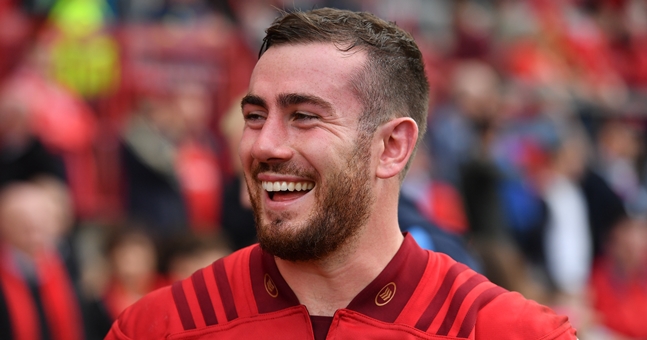 END_OF_DOCUMENT_TOKEN_TO_BE_REPLACED

Saturday's match kicks off at 2pm and is live on both Sky Sports and RTE Radio.


popular
"Johnno went, 'We’re not moving! You're trying to mess us about!'" - Ben Kay recalls red carpet controversy
"Some of the generals wanted me executed" - Irish rugby legend on flag caper that went wrong
Tommy Fury spotted having the time of his life at student night out
Garry Ringrose challenges "pretty ridiculous" changing conditions for women's players
Peter Keane's future as Kerry manager in doubt after strange statement
GAA make retrospective decisions on John Small and James McCarthy incidents
No Simon Zebo or John Cooney as Ireland gather 50 players for one-day camp
You may also like
4 months ago
The incredible run of events that saw Tadhg Beirne become a Lion
4 months ago
Kieran Marmion sends reminder to Andy Farrell as two young guns front up
4 months ago
Dream on hold for Munster fans as O'Gara agrees to new deal at La Rochelle
5 months ago
"Munster was like playing for your local GAA club. The craic was 90"
5 months ago
"I'd like Ronan O'Gara at Munster in the next 12 months" - Niall Ronan
5 months ago
"Gavin Coombes was outstanding" - Munster's ray of hope as European light snuffed out
Next Page