Ireland's most sublime rugby talents of the last two decades: No.22 to No.12

The type of players that get you out of your seat, thumping the arm of your couch, punching the air, screaming obscenities at the heavens, hugging strangers, openly weeping, hugging more strangers.

The sort of men that were born with their sleeves rolled up and ready to do the impossible.

We're talking about the players that wore the green jersey and lit the place up on a world stage. That showed we had class, flair and fight.

END_OF_DOCUMENT_TOKEN_TO_BE_REPLACED

Most beautiful doesn't necessarily mean the men that threw skip passes, dished out offloads or goose-stepped over flailing arms to break free and score wonder tries. They're here too but some of the entries are those beautiful, hardy ball-carriers and big-hitters that sent joyous pulses through us with seismic impacts and rousing moments.

END_OF_DOCUMENT_TOKEN_TO_BE_REPLACED

A world-class scrum-half who has rarely taken a backward step since bursting onto the scene back in the 2010/11 season. The Munster No.9 has turned box-kicking into an art form and has made a brilliant habit of spotting the smallest of gaps or tilted shoulder to burst through and score. Sling-shot delivery off his right hand and a quality defender.

Best in the world in his position right now. 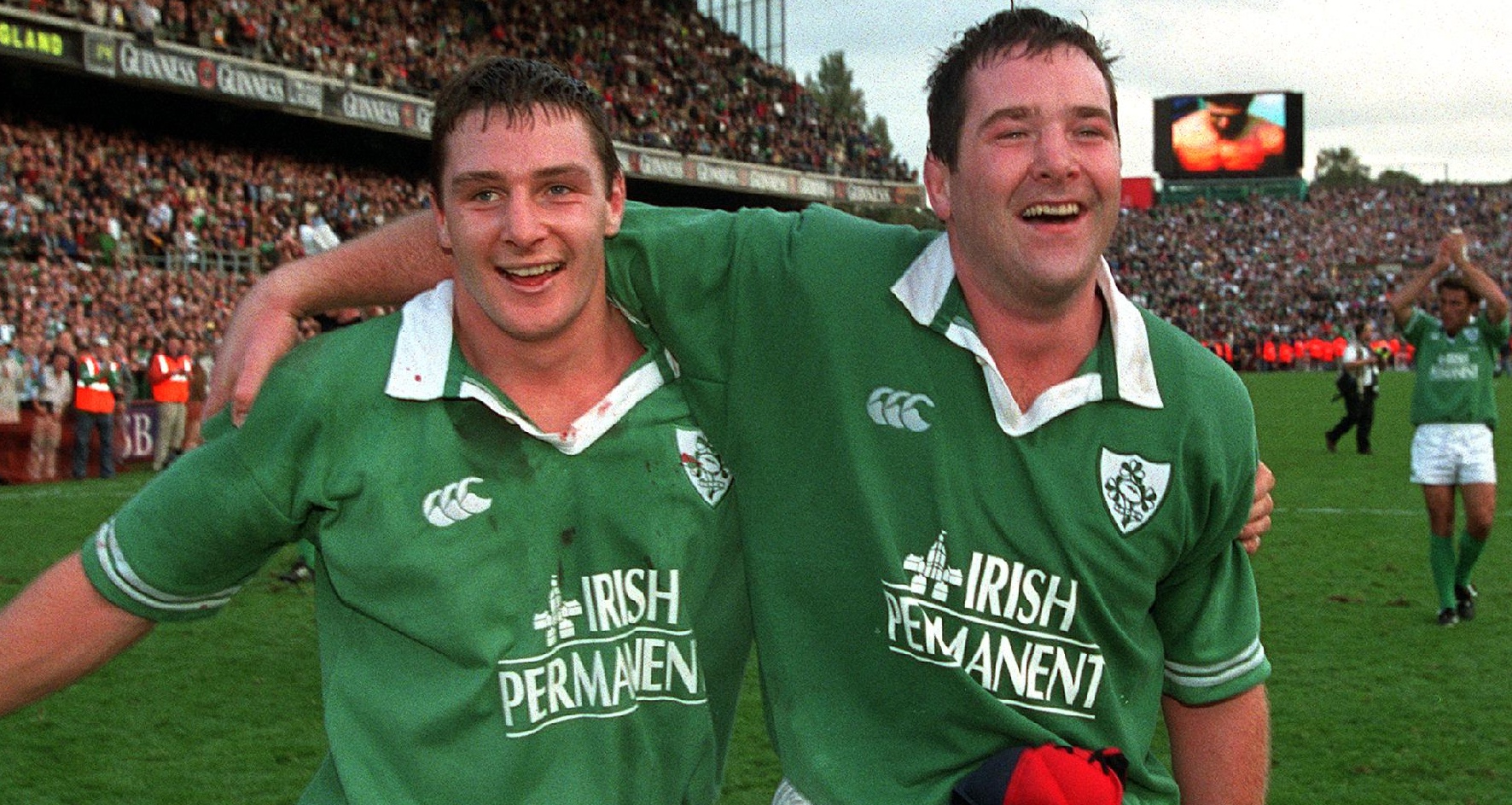 END_OF_DOCUMENT_TOKEN_TO_BE_REPLACED

'Axel' in full flight was a joy to behold.

Knew, and loved, how to get down and dirty but had an attacking flair too and scored many a fine try for Munster and Ireland. Outrageously talented as a youngster, it took him a number of years to buckle down and get a decent run in the green jersey. Once he did, it coincided with Munster and Ireland becoming forces to be reckoned with.

Scored a beaut of a try against the English and this one against France, in 2004, perfectly demonstrated his knack of being in the right place at the perfect time:

A great player to watch when in full flow. Brave to beat the band and hits 0-60 in no time.

Was a bolter for the 2009 Lions Tour and followed it up with six tries in his first nine Ireland appearances. Has eight World Cup tries for Ireland and has scored plenty of gorgeous, vital tries for Munster too.

Aged 30 now but in some of the best form of his life, blazing a trail through America and Japan on Ireland's recent summer tour. 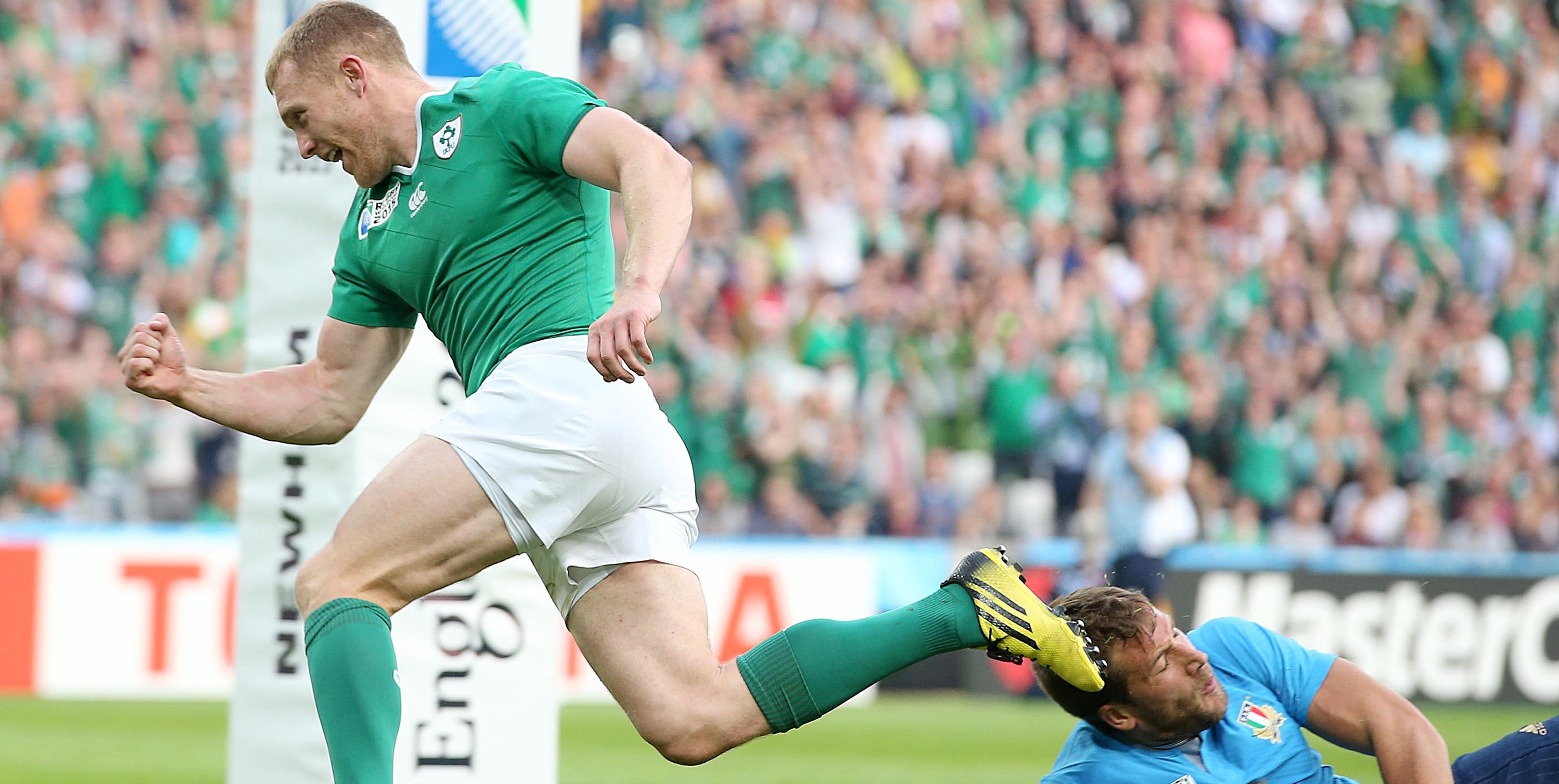 The big man from Meath was a heady mix of pace, physique, power and aggression.

Could mix it with the best of them but made mince-meat of those flighty wingers that often had the misfortune of having to shut him down. Was part of a dashing Leinster backline that was transferred over to the national set-up and teamed up with a mostly Munster pack.

His height and reach were taken advantage of for a number of brilliant scored, most memorably against England at Twickenham and the catch from Ronan O'Gara's cross-field kick in that electric win over the Auld Enemy at Croke Park.

This is what we wrote when injury claimed Fitzgerald's rugby career back in 2016:

'10 years at the top yet it feels like we have lost a truly special talent. That's because we have.'

Always wanted to be a centre but did some of his best work, and most damage on the wing. Made his debut for Ireland as a 19-year-old and won a Grand Slam three years later, touring with the Lions in 2009 too. Had such raw, wonderful talent and ran such smart lines.

He could have been one of Ireland's very best but injuries plagued the latter years of his career. Showed the world what he could do, in October 2015, with a try and try-assist salvo off the bench in a losing cause against Argentina.

Stander has been full throttle since the moment he arrived in Ireland, in late 2012, and he has rarely let up. Became a crowd favourite pretty early into his Munster career and transferred very smoothly to Test rugby in 2016. Such was his form that he was a shoe-in for Lions selection earlier this year.

Regularly posts ridiculous stats in games - 10+ tackles, 20 carries, 40+ metres made, defenders left trampled or in his wake and some nice offloads tossed in for good measure.

Scores a variety of tries - from length of the pitch romps to outpacing wingers and quarterback-style leaps over rucks. Once he puffs out the chest and gets the legs pumping, the crowd know they are in for a show. 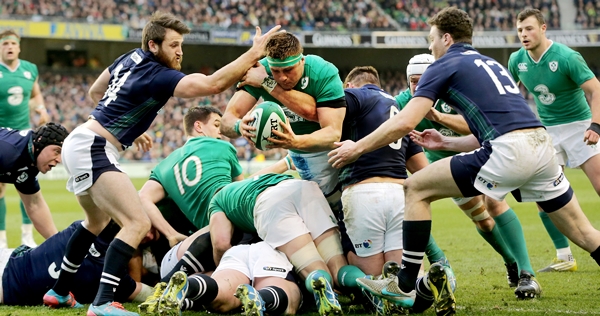 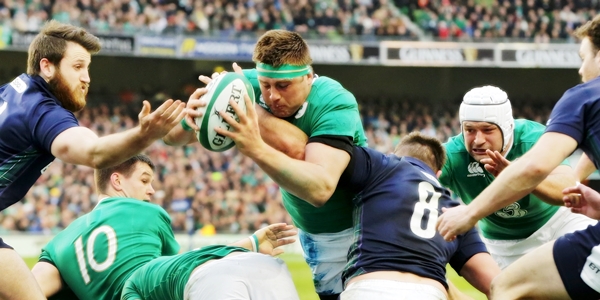 Has been a true star, for Ulster, Ospreys, Ulster (again), Ireland and the Lions, for well over a decade.

Won a league title with Ulster and impressed for Ireland before making a name for himself with a free-flowing Ospreys side. Had his out-and-out pace questioned by some critics (such as George Hook) and responded with a stunning 2009 Six Nations campaign that featured the daring 'TOMMMYYY BOOOWWWWEE' try against Wales.

Many of his best scores were recorded when he was out near the touchline and turning on the after-burners. A wingers, wingers but with the upper-body strength to bust many a tackle and excellent under the high ball. Have we mentioned his GAA background yet?

29 tries in 63 Tests for Ireland and one of our best ever wingers. Announced himself to international rugby with a try on his debut, against Wales, in 1997. Was part of a Leinster backline that boasted himself, Horgan, Brian O'Driscoll, Gordon D'Arcy and Girvan Dempsey. 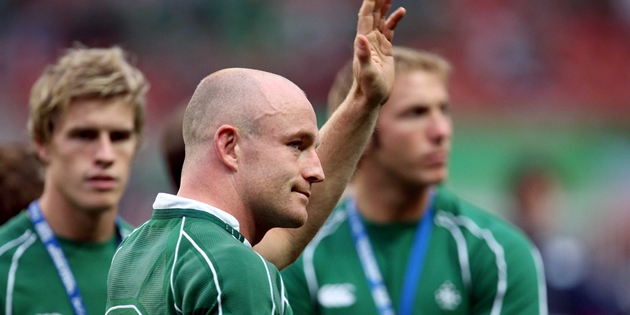 Was one of the shining lights of an Ireland team that gradually got its act together and started challenging for titles and winning Triple Crowns. Had such a compact, unfussy and rapid style of running. Just as defenders thought they had him, the legs would whirr and he would be away.

This 2006 score against Toulouse is Hickie in a nutshell.

Brought a new dimension to Ireland's backline and was a real playmaker for them, and Ulster too.

Beloved by the Ravenhill faithful, he claimed the nation's first ever Heineken Cup in 1999 and, a year later, had an immense performance in the Brian O'Driscoll hat-trick game against France, in Paris.

Loved bringing the ball up to the defensive line and testing the opposition's potentially frailties. Teed up Kevin Maggs for a fine score with a dashing line break against the All Blacks, in 2001. Bossed the 10 jersey until 2002, when Ronan O'Gara arrived and the pair scrapped it out for the next three years.

A magician with the boot, at times, too. So many superb kicks in behind, to the corner, well weighted grubbers and soaring Garryowens, and was fond of a crucial drop goal every now and then.

Boy, could this man get a crowd going.

Man and ball - that was the tackle technique and that was the philosophy. I'm taking you and your entire bloodline out! A rousing, fearless player and one that sparked those around him with his carries, tackles, clear-outs, line breaks and tries.

Was at the peak of his powers from 2006 to 2012 and part of one of Ireland's best ever back rows. Possessed tremendous pace and had an eye for the tryline, as his score on the 2009 Lions Tour demonstrated. Shame injuries forced him out at the age of 29.

We still maintain that Warren Gatland should have had this class act on the 2017 Lions Tour to New Zealand. They might have won the bloody thing.

A joy to watch in full flow. So clued in to the game that he often seems four moves ahead of the action. Now mixes the spectacular line breaks and tries with sheer graft and slick passing. Capable of magic that would pierce the best of defences.

So that's the first 10 from our list and some big names, unfortunately, missed out. Apologies to fans of Eric Miller, Peter Stringer, Bundee Aki, Paul O'Connell, Tadhg Furlong and David Wallace.


popular
Sean Dyche set to be named Everton manager after Marcelo Bielsa talks break down
Roy Keane flatly rejects longstanding perception of ex-Man United midfielder Paul Ince
Allianz National Football League Round 1: All the action and talking points
Roy Keane leaves ITV pundits in stitches after Pep Guardiola's pre-match interview
Conor McGregor hit by car ‘at full speed’ while cycling
The two toughest calls in Ireland team to face Wales are in the backline
Quiz: Identify these 15 football clubs that are not named after a place
You may also like
5 days ago
Liverpool reportedly selling Caoimhin Kelleher for Jude Bellingham funds
5 days ago
Robbie Henshaw on his life-long friendship with Bundee Aki and Netflix documentaries
1 week ago
Evan Ferguson sends Soccer Saturday panel bananas with late equaliser
1 week ago
Eamon Dunphy blames Roy Keane's behaviour for Declan Rice choosing England
1 week ago
Can you name the Republic of Ireland Premier League player from their wikipedia?
1 week ago
Kieran Treadwell the most unfortunate Ireland player to miss Six Nations call
Next Page