A few key members of the Irish XV that found themselves rumbled by England, last weekend, look set to get a shot at immediate redemption.

Jack Conan, Dave Kilcoyne, Chris Farrell and Jordi Murphy will all get a chance against Wales, while a couple of established stars will also return.

END_OF_DOCUMENT_TOKEN_TO_BE_REPLACED

Wednesday is often the down day for members of the Irish squad during the Test windows. Rory Best and Tadhg Furlong were both scheduled in for media activities but that is not happening any more.

Furlong was replaced at an Aviva Mini Rugby event by Conor Murray, who will sit out the Wales game, while a round of Best interviews, in his role as Specsavers ambassador, were put back to September 9 [the day after all World Cup squads will be officially announced]. Unless Joe Schmidt was planning on flogging the lads through a rigorous Wednesday training session, look for both players to feature against Wales.

That Ireland team to face Warren Gatland's side was discussed by Barry Murphy, Andrew Trimble and Jerry Flannery on the latest episode of Baz & Andrew's House of Rugby [from 57:00 below].

Schmidt is likely to freshen up the backline while there will be a few forwards that featured against England thrown back out to get in game-time. 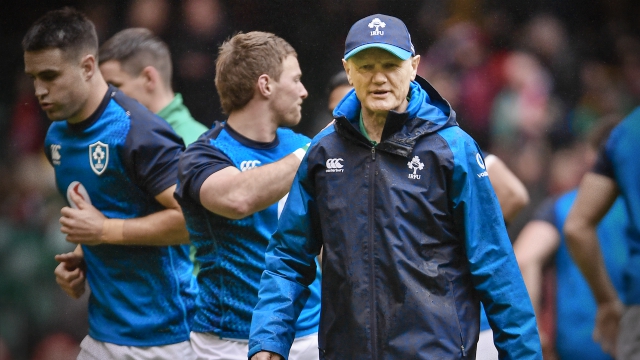 Schmidt will announce his squad on Thursday afternoon and his press conference appearance, at Carton House on Tuesday, sowed seeds for what is expected to be a much-changed team on Saturday. Schmidt commented:

"We are still in what we would determine as a building phase, a clarification phase for selection and once this weekend is over effectively selections are done. Sunday will be a day of sitting down and making sure we can get the selection as well balanced as we can make it to get the right people to then springboard into that final game against Wales and then onto the World Cup."

END_OF_DOCUMENT_TOKEN_TO_BE_REPLACED

Best and Furlong could be pitched straight back in from the start and Jacob Stockdale may be given another run out [Dave Kearney is the other wing option with Keith Earls a doubt and Jordan Larmour having started twice]. Otherwise, there will be fresh faces and legs out on the Principality Stadium pitch.

With Cian Healy nursing an ankle sprain, Dave Kilcoyne should get the opportunity at loose-head and could put real pressure on Jack McGrath for the final World Cup squad selection with a good outing. James Ryan and Devin Toner would be a familiar second row pairing, to get some lineout stability again, and expect a fresh back row. Schmidt left Peter O'Mahony, Josh van der Flier and CJ Stander out on the Twickenham pitch for the entire 80 minutes of the 57-15 pumping by England.

Jack Carty and Kieran Marmion would be a sensible half-back pairing, given their Connacht connections and Johnny Sexton's come-back now looking more like the Welsh game at home. Robbie Henshaw and Chris Farrell in midfield is an exciting prospect while Andrew Conway could book his flight to Japan with another decent outing.

That leaves fullback and surely Will Addison will get his chance to impress in a match before, on Sunday, Schmidt and his coaching staff sit down to make their final squad selections.

Schmidt will name his Ireland starting XV and bench on Thursday afternoon at Carton House. Jack Conan and Dave Kilcoyne have a lot to gain, and they're not the only ones.

You may also like
1 month ago
Join our ultimate sports quiz in Dublin for a chance to WIN a trip to a Premier League game
4 months ago
Join Munster legend Billy Holland for this free mortgage masterclass
6 months ago
[CLOSED] COMPETITION: WIN a two-night stay at the luxury Trident Hotel in Kinsale Harbour
8 months ago
Here's where you can find some incredible deals on exercise machines in 2022
8 months ago
WATCH: This clip shows just how amazing amateur clubs in Ireland really are
8 months ago
Pieta and Shane Carthy encourage people to take part in #HopeOverSilence this Christmas
Next Page