Battling defeats to the USA and South Africa have left the Olympic medal dreams of the Ireland Sevens team on the ropes.

Having lost their Olympics opener 33-14 to a strong South African side, Ireland needed to beat the Americans to stay in medal contention.

END_OF_DOCUMENT_TOKEN_TO_BE_REPLACED

It was all USA in the opening three minutes, with Ireland defending for their lives before Perry Baker scorched down the left touchline to score.

A disastrous restart saw Madison Hughes pounce on a breaking ball and chase his own kick-through to make it 12-0.

Ireland were in a hole, but they kept going and Foster Horan's powerful run and awareness teed up Hugo Lennox for a score that gave them hope. Billy Dardis missed the conversion, so it was 12-5 heading into the break.

Lennox was the creator, early in the second half, as he kept a promising attack alive and set up Harry McNulty to score in the corner. It left Dardis with a touchline conversion attempt and his drop-kick was wide of the target, leaving Ireland still two points down. 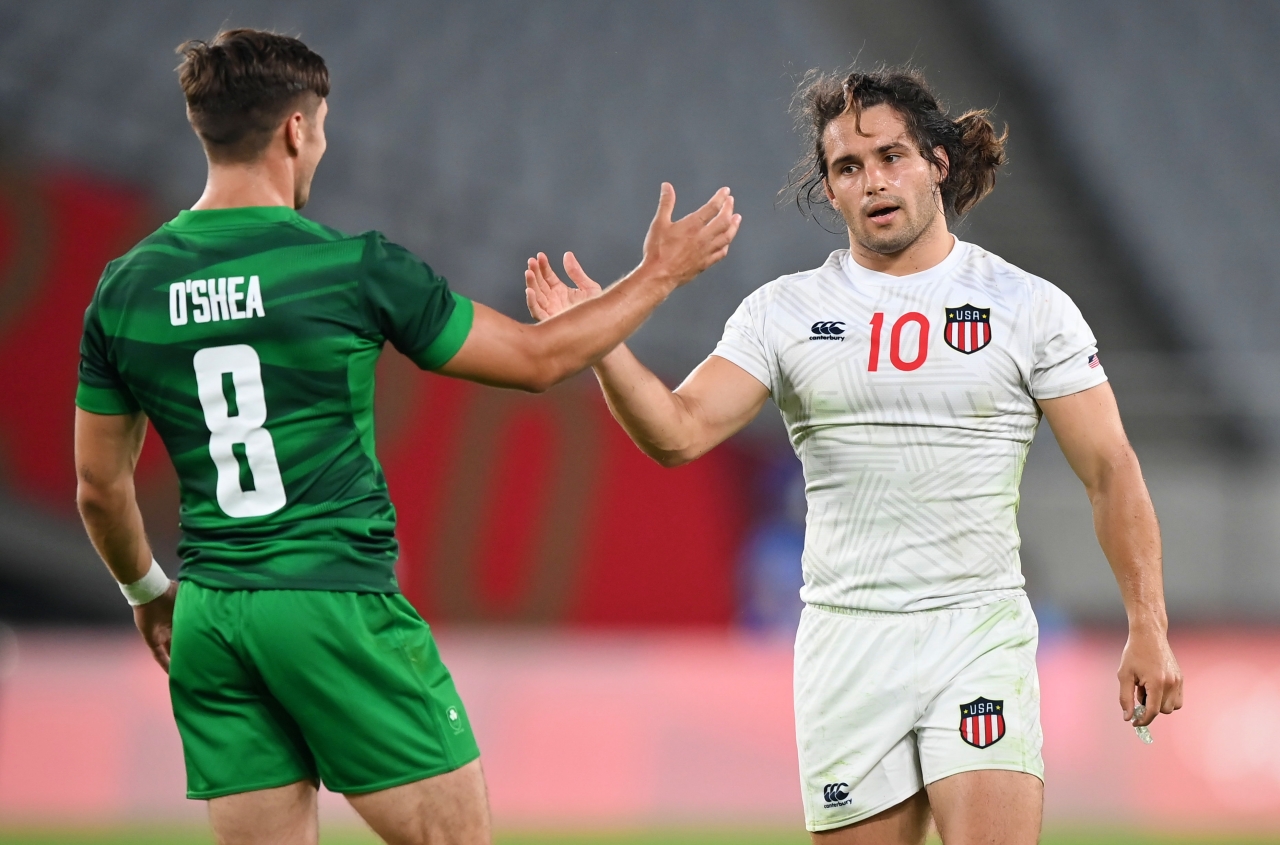 Madison Hughes of United States and Greg O'Shea of Ireland catch up. (Photo by Stephen McCarthy/Sportsfile)

END_OF_DOCUMENT_TOKEN_TO_BE_REPLACED

USA then got themselves breathing room after a Brett Thompson break put them deep in the Ireland have. Steve Tomasin grabbed a crucial score and it was a seven-pointer as he dotted down under the posts.

Ireland's last chance came with a lineout inside the USA's 22, but they squandered possession and the clock ran out on the match, and their medal hopes.

END_OF_DOCUMENT_TOKEN_TO_BE_REPLACED

Foster Horan got over for a late, converted try that was converted by Dardis. That late score could be crucial, but they will need a big win over Kenya, on Tuesday, to give themselves a chance of a quarter final spot.

It is not over for the Ireland Sevens side yet, but results will have to go in their favour.