"It was just good to get back out playing a level of rugby again."

It has been a long time coming, but Ireland U20s are back in competitive action again. They are back winning again and, with a new crop, making folks sit up and take notice.

Richie Murphy is the new man in charge, having taken over from Noel McNamara after his successful run of it. The lack of serious competition for the U20s mean several of the latest crop have had less media and fan exposure.

END_OF_DOCUMENT_TOKEN_TO_BE_REPLACED

Saturday afternoon's game against Scotland - in their 2021 Six Nations opener - represented the first proper chance many Irish supporters had to get a look at many of the players on show. That word 'show' is appropriate as Murphy's side put one on in the second half, after putting themselves in a strong position at the break.

Their 31-7 win over their hosts sees Ireland top the table after one round of games. Here are the four players that stood out, at Cardiff Arms Park, for us: 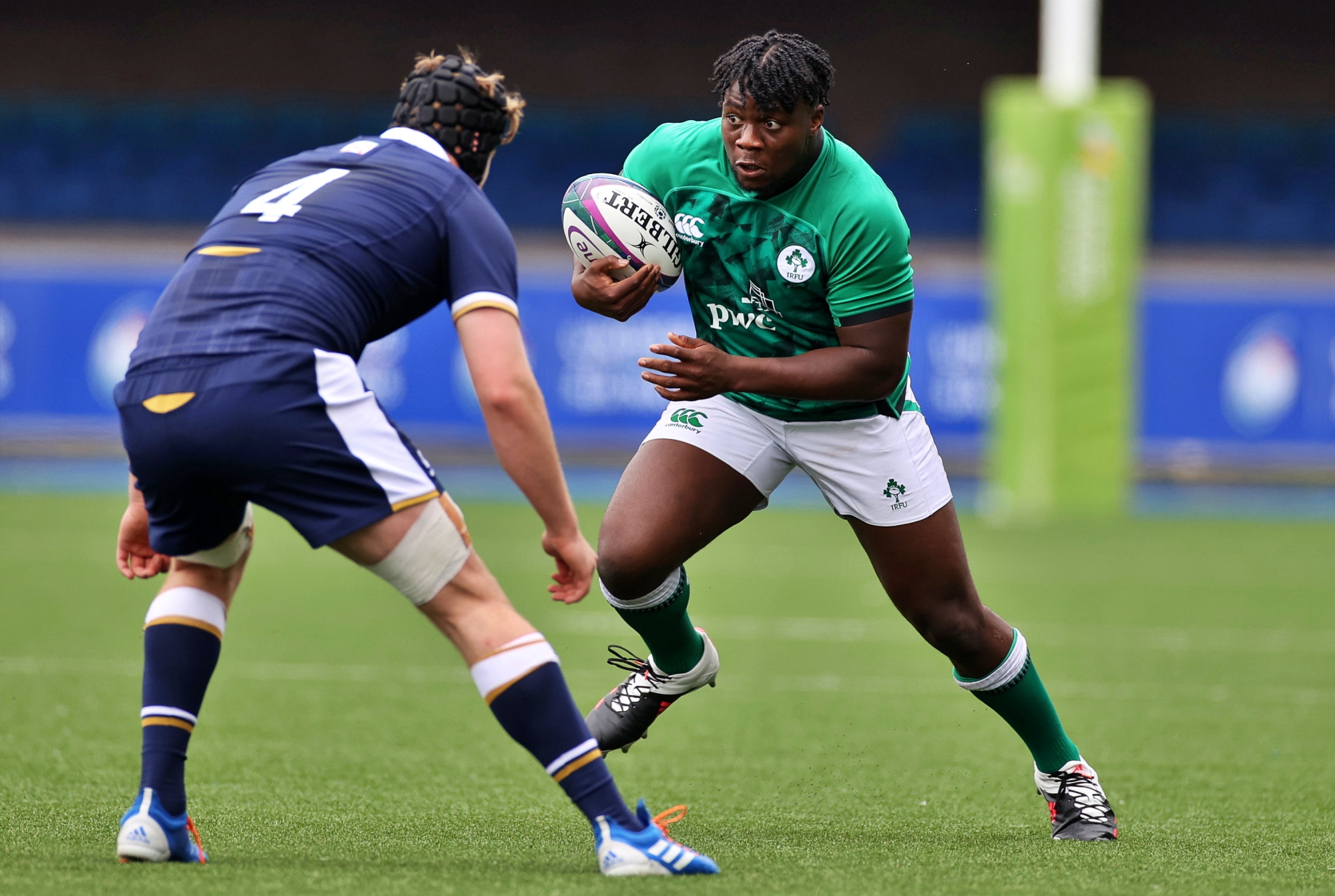 Sam Illo of Ireland is challenged by Max Williamson of Scotland. (Photo by Chris Fairweather/Sportsfile)

The Wesley College graduate is highly rated within the Leinster underage set-up, and you can clearly see why. Possesses such natural power and showed that for his first half try. Made 27 metres off his seven carries, beat two defenders on those carries and stuck every tackle he attempted. Concession of two penalties were the only blotch on the tighthead's copybook. 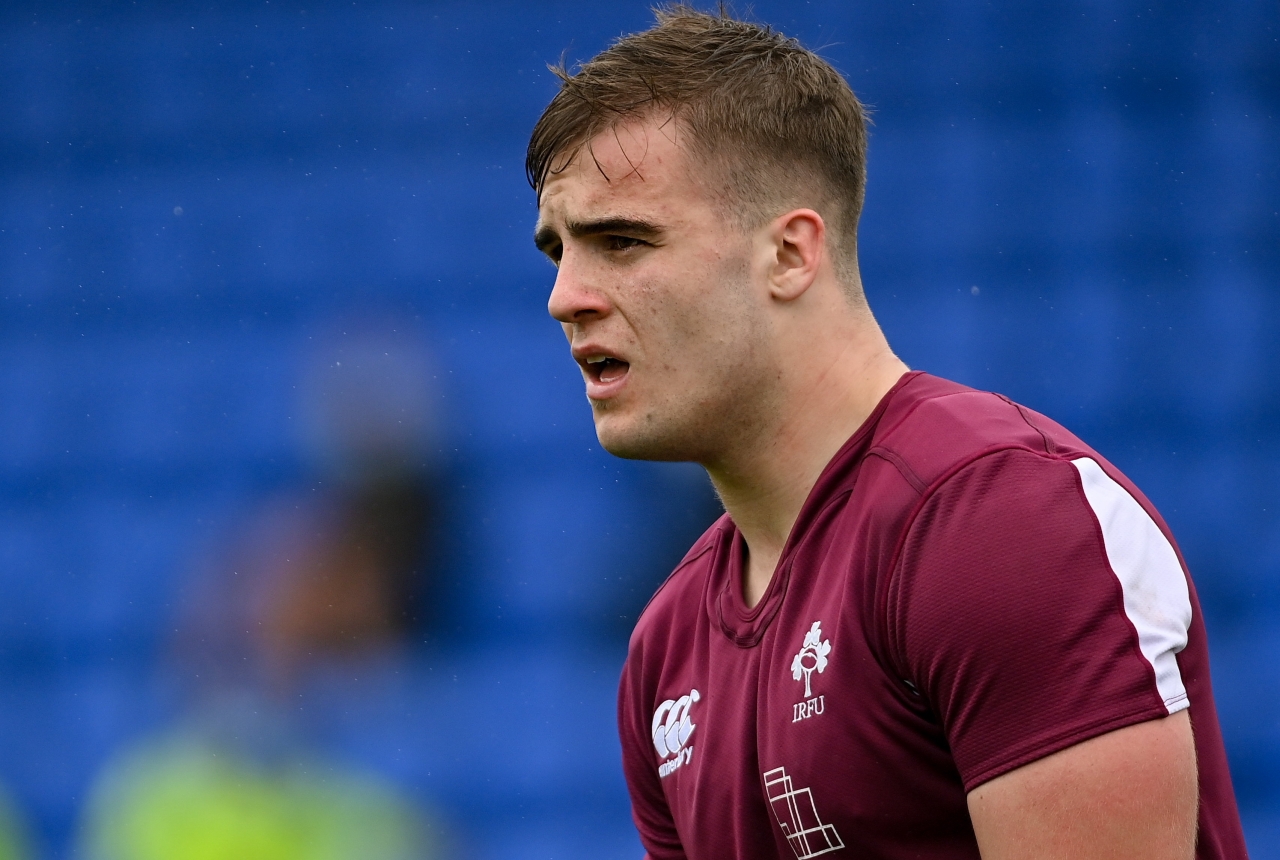 END_OF_DOCUMENT_TOKEN_TO_BE_REPLACED

A product Presentations Brothers College in Cork, the Munster back-row was the best forward on display in Cardiff. A robust performance but his in-game nous was evident too. Cool under pressure. Helped himself to a try, too, won a crucial turnover, captained well and made 85 metres off 15 carries.

The numbers Jennings put up on Saturday were impressive - 89 metres off only seven carries, with five defenders beaten. The Buccaneers centre, who played schools rugby with Garbally College, scored the try of the match in the second half, much to the petulant frustration of Scotland winger Michael Gray:

Jennings almost topped it, soon after, only to have it chalked off by a knock-on. The 20-year-old possesses serious, serious wheels.

Connacht fans will be getting extremely excited about seeing Forde and his Connacht teammate Jennings causing carnage in the Ireland midfield. Early days yet, of course, but the province have two crackers on their hands. Forde made a staggering 127 metres off 13 carries, beat four defenders, stuck all 12 of his tackle attempts and chipped in with a try assist too.

CHECK OUT THE MATCH HIGHLIGHTS HERE


popular
Alex Ferguson wrote Mickey Harte a letter - ex Tyrone boss reveals in new memoir
"I'll go back running the roads now and make sure my body doesn't get lazy"
Steve Bruce hits back at journalist during press conference after question about his future
"There are clubs in every county that you just know - they like fighting." - Fighting passes on through the generations
“How it finished was not the way I would have chosen" - Mickey Harte reveals how his time with Tyrone came to an end
GAA at its best as Bellaghy players run into team-mate who buried his father that morning
Somehow Pat Spillane's 1981 cruciate rehab routine hasn't survived the test of time
You may also like
3 days ago
Full player ratings as feel-good Ireland give Qatar a throttling
3 days ago
Ireland manager Stephen Kenny admits that "60 to 70% of our best players are defenders"
6 days ago
Callum Robinson performance shows Ireland what could have been
6 days ago
Player ratings as Callum Robinson's double wins it for Ireland
6 days ago
Two Irish prospects feature in The Guardian's top 20 Premier League best talents
6 days ago
Adam Idah ready to play, but Ireland hit with late blow ahead of Azerbaijan clash
Next Page