It is tempting to fret about the names missing, but Saturday's game represents a big opportunity for lads to stake claims for jerseys.

Andy Farrell will name his Ireland team to face England, in Saturday's Autumn Nations Cup tie, on Wednesday afternoon and we already know who WON'T be involved. Well-known surnames like Sexton, Ringrose, Henshaw, Kilcoyne, Furlong and Larmour are all out of the picture, but there is still heavy competition in certain areas.

END_OF_DOCUMENT_TOKEN_TO_BE_REPLACED

One such place is the back three, with James Lowe and Andrew Conway doing fine jobs on the wing against Wales and Hugo Keenan yet to flinch at Test level. Two games on the left wing and now a successful fullback start under his belt in the space of three weeks. Ahead of that 32-9 win over the Welsh, Eimear Considine predicted a big debut performance from Lowe, on House of Rugby Ireland.

"James Lowe is just what you'd love to add to any back three," noted Considine. "His ball-carrying, his left peg - whether it's a clearance kick or a grubber kick in behind. He has power, pace and I think he will be a huge addition to that Irish team." 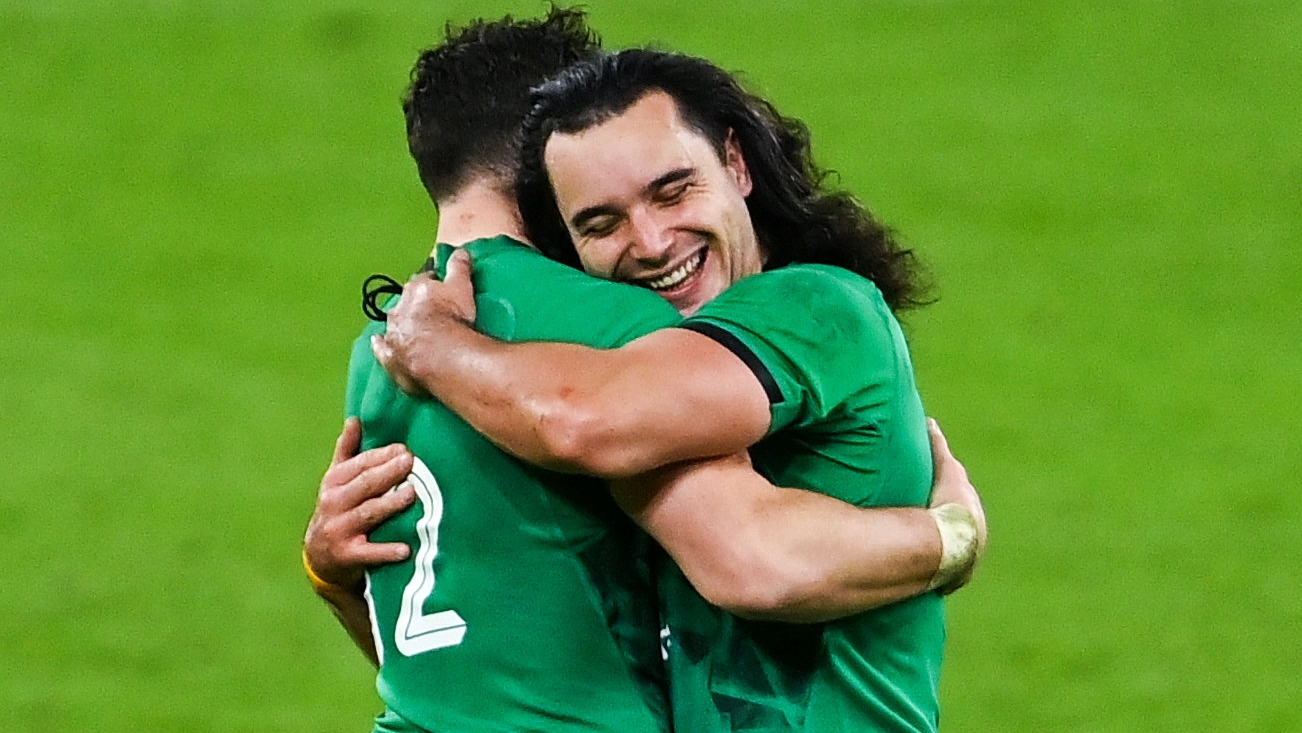 END_OF_DOCUMENT_TOKEN_TO_BE_REPLACED

Keith Earls will be hoping to be involved as will Jacob Stockdale, who missed out on the Wales game with a calf strain. Munster's Shane Daly is fit again too.

Another area expected to be hotly contested is the back row. Peter O'Mahony had a fine game at blindside, with Caelan Doris named man of the match after his outing in the No.8 jersey, but both Will Connors and CJ Stander will be vying for places in the starting XV. Ian Madigan believes Ireland coach Andy Farrell will continue to look at fresh options an combinations here.

"It allows the provincial and national coaches the ability to rotate and keep guys fresh," said Madigan. "I'm sure we're going to see a lot of that rotation during the Autumn Nations Cup."

END_OF_DOCUMENT_TOKEN_TO_BE_REPLACED

The big problems for Ireland, heading into this game against England, are at outhalf and tighthead. Centre is covered thanks to having Bundee Aki, Chris Farrell, Stuart McCloskey and even Earls to call on, but who starts in the No.10 jersey?

The big temptation is to roll the dice on Ulster's Billy Burns. He looked decent against Wales and has been a steady player for Ulster, since his arrival in 2018, but England will mercilessly target whoever starts in the 10 jersey. Jack Carty would be our pick to be starting outhalf, but that is not going to happen as Farrell has cut the Connacht man loose.

Ross Byrne may still have scar tissue from his shaky performance in Ireland's 57-15 hosing at the hands of England in August 2019, ahead of the World Cup, but this weekend would be a great time to show the country that he is made for this level. Put Jamison Gibson-Park alongside him and pray that the occasion brings the best out of both men.

Then we have the entire front row. They did a complete number on Wales, last weekend, and will be buoyed by that, but few of us have forgotten how Saracens dished up Leinster in the Champions Cup quarter finals. On Saturday, four of the six players that started in the opposing front row that day (Cian Healy, Andrew Porter, Mako Vunipola and Jamie George) should be in from the off at Twickenham.

For a lot of players, Saturday will be a day of reckoning.

You may also like
2 weeks ago
“My confidence was on the deck" - Aaron Connolly explains why he has made the move to Italy
2 weeks ago
Every Irish transfer in football, this summer, as several big deals get done
3 weeks ago
Six Irish players make damn impressive 'World XV' that would take some beating
3 weeks ago
The frontrunners for Ireland's 33-man squad for the 2023 World Cup
4 weeks ago
All Blacks media manager explains why Ian Foster appearance was cancelled after Ireland defeat
4 weeks ago
Warren Gatland selects nine Irish players in his strongest Lions XV, right now
Next Page