About as fully loaded as you can get.

Andy Farrell has named what he feels is his strongest Ireland team available to him, ahead of Saturday's big Bank of Ireland Autumn Nations Series game against South Africa.

While the Springboks named their match-day squad earlier in the week, Farrell waited until Ireland were 48 hours out from the game - as he usually does - to make his announcement. In truth, he will have had this XV running lines, set-plays and set-pieces from as early as Monday.

END_OF_DOCUMENT_TOKEN_TO_BE_REPLACED

There are three changes in the starting XV that beat New Zealand - to clinch a series win - in their last game out. Bundee Aki is suspended so Robbie Henshaw starts at 12, with Garry Ringrose [out with concussion for that All Blacks decider] back alongside his Leinster teammate. On the wing, Ulster's Rob Baloucoune gets his big chance, with James Lowe out injured and Mack Hansen switching to the left wing. 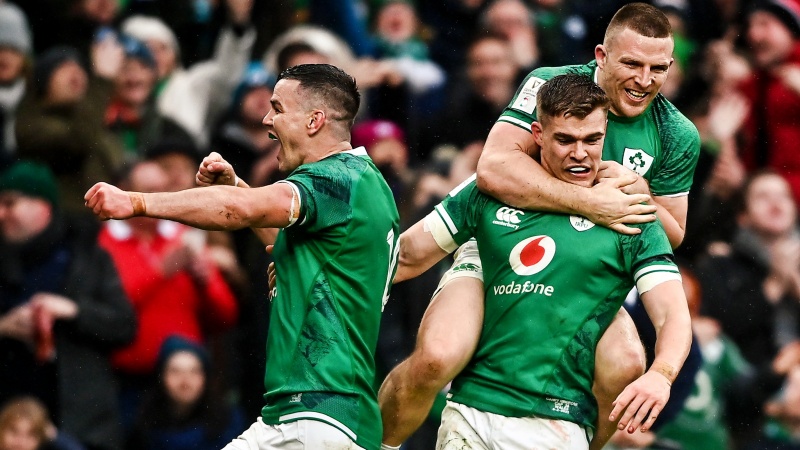 END_OF_DOCUMENT_TOKEN_TO_BE_REPLACED

His other concerns, fitness-wise, were Hugo Keenan, Jamison Gibson-Park, Tadhg Furlong and Josh van der Flier. Thankfully for Farrell, three of that quartet all passed their fitness markers and are named in the starting XV.

Gibson-Park is deemed a safer bet starting from the replacements bench, so Conor Murray gets the No.9 jersey for what will be his 100th Test outing.

Speaking on Wednesday, Farrell said his players have all been told that 'they are responsible for team selection'. No jerseys are guaranteed, he insists, and the only time he or his coaches may get involved are if they feel they are left with a 50/50 call.

While there are those three backline changes, the Ireland pack is the same eight men that started that Test Test victory over New Zealand, back in July.

On the latest House of Rugby episode [from 4:15 below], Greg O'Shea, Lindsay Peat and Jason Hennessy looked ahead to that run of big Bank of Ireland Nations Series matches, and discussed Andy Farrell being linked with the Lions. 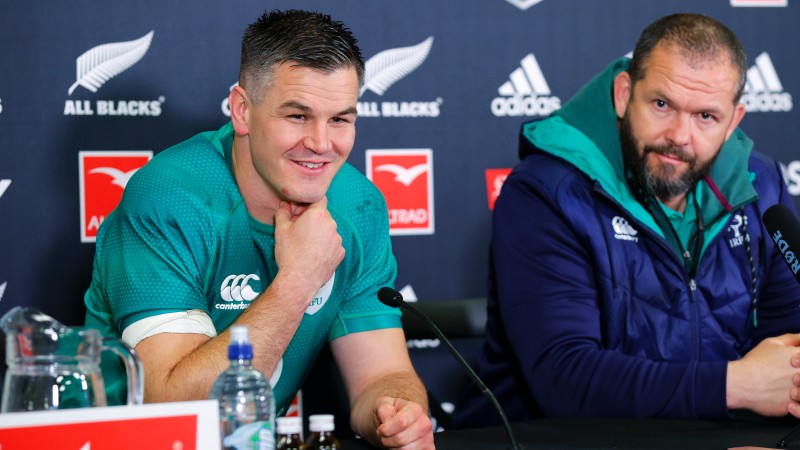 "David Nucifora was flexing on the world, in his press briefing," said Greg O'Shea of the IRFU performance director, "and he also said the union gave Andy Farrell a contract extension, to 2025, before the tour to New Zealand.

"So, their confidence in Andy Farrell is through the roof, and Nucifora was even touching on the fact that he might get the head coach job for the Lions."

"I'd love that," declared Jason Hennessy. "We haven't had an Ireland head coach in charge of the Lions in the professional era... from an Irish perspective, I think it would be fantastic. Number one, because he's the best man for the job.... and, straight away, we're likely to have at least 10, 11, 12 Irish players involved."

You may also like
5 days ago
Liverpool reportedly selling Caoimhin Kelleher for Jude Bellingham funds
5 days ago
Robbie Henshaw on his life-long friendship with Bundee Aki and Netflix documentaries
1 week ago
Evan Ferguson sends Soccer Saturday panel bananas with late equaliser
1 week ago
Eamon Dunphy blames Roy Keane's behaviour for Declan Rice choosing England
1 week ago
Can you name the Republic of Ireland Premier League player from their wikipedia?
1 week ago
Kieran Treadwell the most unfortunate Ireland player to miss Six Nations call
Next Page