A few uncapped players in the mix.

Andy Farrell has named his Ireland squad for the November internationals, with captain Johnny Sexton leading a group that is big on experience, with some exciting prospects thrown in the mix.

END_OF_DOCUMENT_TOKEN_TO_BE_REPLACED

Ireland kick off their Test window by welcoming world champions South Africa to Aviva Stadium on November 5. The following weekends will see them face off against Fiji, then Australia, at the same Lansdowne Road venue.

On the latest House of Rugby [LISTEN from 2:15 below], hosts Greg O'Shea, Lindsay Peat and Jason Hennessy discussed that upcoming window, and mentioned some of the up-and-coming talents that could have a Test role to play over the next 12 months, and beyond. 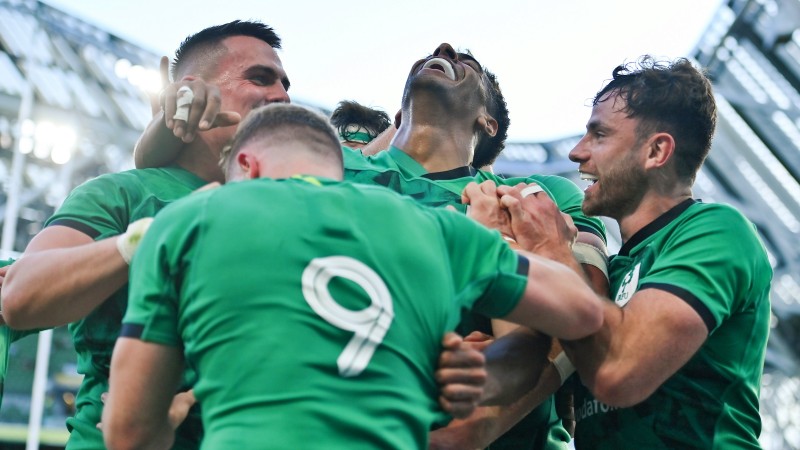 END_OF_DOCUMENT_TOKEN_TO_BE_REPLACED

Robert Baloucoune and Stuart McCloskey's inclusion in the 37-man squad will please plenty of Ulster supporters. Andy Farrell has also named an 'A' panel to supplement the main squad.

The Ireland ‘A’ panel includes Tom Ahern, Diarmuid Barron, Jack Crowley, Shane Daly, Max Deegan, Jamie Osborne, Scott Penny and Roman Salanoa from the Emerging Ireland squad as well as experienced front-row forwards Dave Kilcoyne and Marty Moore.  Players in the A Panel will join the squad following Round 7 of the URC.

You may also like
3 days ago
Liverpool reportedly selling Caoimhin Kelleher for Jude Bellingham funds
3 days ago
Robbie Henshaw on his life-long friendship with Bundee Aki and Netflix documentaries
5 days ago
Evan Ferguson sends Soccer Saturday panel bananas with late equaliser
5 days ago
Eamon Dunphy blames Roy Keane's behaviour for Declan Rice choosing England
6 days ago
Can you name the Republic of Ireland Premier League player from their wikipedia?
1 week ago
Kieran Treadwell the most unfortunate Ireland player to miss Six Nations call
Next Page