"I would love to see him get on the plane to New Zealand. He deserves it."

On Tuesday, Andy Farrell will name this Ireland squad for this summer's five-game tour. The players all know by now, but the wider public will discover the full squad, shortly before Farrell sits down for a virtual press briefing.

With three Tests against New Zealand and two midweek fixtures against the Maori All Blacks, the Ireland coach is expected to bring between 40 and 42 players.

END_OF_DOCUMENT_TOKEN_TO_BE_REPLACED

On the latest House of Rugby [LISTEN from 41:25 below], Greg O'Shea, Lindsay Peat and Jason Hennessy were joined by Connacht and Ireland winger Mack Hansen. As well as asking him about All Blacks match-ups, they pressed the case for a couple of players Andy Farrell will be considering to tour. 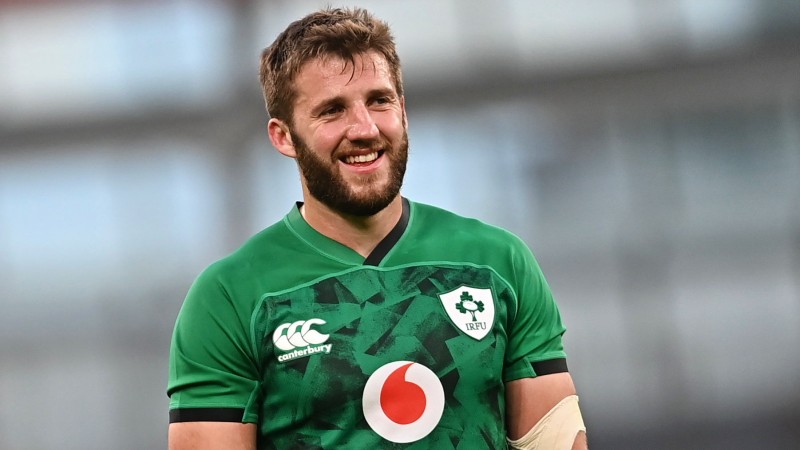 Stuart McCloskey pictured during a 2021 match between Ireland and USA at the Aviva Stadium. (Photo by Ramsey Cardy/Sportsfile)

Andy Farrell set to include some fresh faces

END_OF_DOCUMENT_TOKEN_TO_BE_REPLACED

Earlier in the season, on House of Rugby, Greg O'Shea, Jason Hennessy and James Tracy discussed candidates to make that Ireland squad for the summer.

While Hennessy advocated for Connacht flanker Conor Oliver to get a call-up, and O'Shea mentioned Munster duo Gavin Coombes and Fineen Wycherley, James Tracy made the case for Leinster teammates Ross Molony, Joe McCarthy and Ross Byrne. He adds:

"It's New Zealand you're touring, so you don't want to get hosed. I'd say it will be a mixture of blooding some young guys and a good few experienced lads."

END_OF_DOCUMENT_TOKEN_TO_BE_REPLACED

With the Irish provinces now wrapped for the season - Leinster and Ulster fell at the United Rugby Championship semi-final stage - all that remains are preparations for the tour to face Ian Foster's men in New Zealand.

O'Shea and Hennessy discussed a couple of Ulster centres that made consistent cases to get on that plane to Auckland. O'Shea commented:

"Stuart McCloskey had an unbelievable game. I would love to see him get on the plane to New Zealand. He deserves it... Him and James Hume are playing great. The lines they're cutting are just so good to see. The only issue is, I don't know how all these centres can go, as so many are playing well."

"He's having one of his best seasons in a long time," Hennessy agreed. "He's not just a threat, using his size. You are expecting him to come at you, but he also has lovely hands... he's just creating space for others. 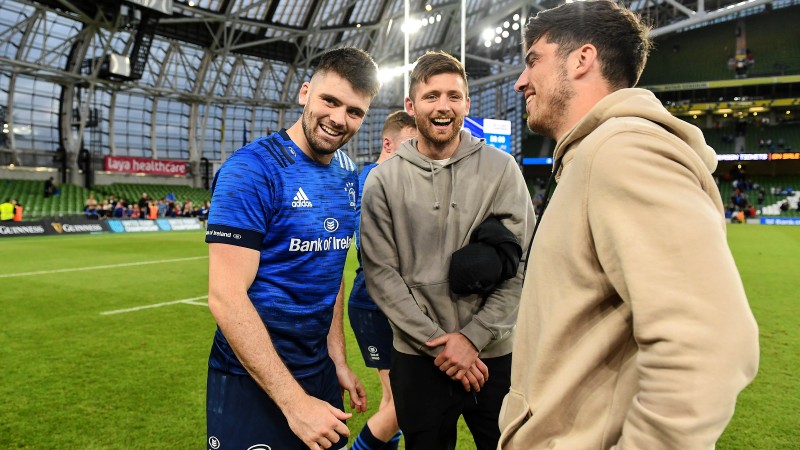 Harry Byrne, Ross Byrne and Jimmy O'Brien of Leinster after their side's recent victory over Munster. (Photo by Harry Murphy/Sportsfile)

Since we first had a crack at predicting a 42-man squad for the tour to New Zealand, back in March, the inevitable injuries and dates with the surgeon's knife have struck.

From our original selection, Dave Kilcoyne (neck) is definitely out, while Rónan Kelleher (shoulder), Rob Baloucoune (hip) and Michael Lowry (facial injury) are all doubtful. Jack Carty (wrist) is out of contention after undergoing surgery.

Loosehead, second row and centre will all be fascinating areas of selection. There will be a few surprises, no doubt, with our list even omitting the excellent likes of Stuart McCloskey, Jimmy O'Brien, Conor Oliver and Jack O'Donoghue.

If Ireland can bring most of these men [below], they could well take at least one of the three Tests against the All Blacks. 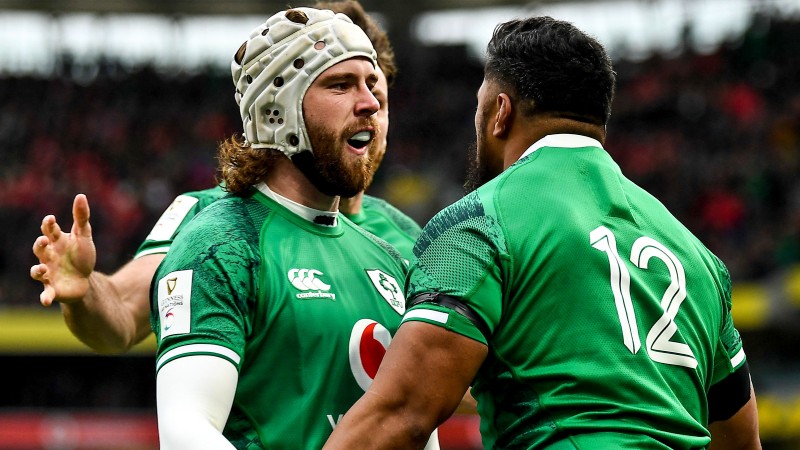 
popular
Argentina reach World Cup last-16 with convincing win over Poland
"Nowadays, even if I don't hit a ball, I don't care as long as we win" - Gleeson learning from the past
World Cup 2022 Day 11: All the major action and talking points
Cristiano Ronaldo 'agrees £173m-a-year deal' with Saudi club
Thibaut Courtois warns teammates after leaks emerge from Belgium camp
Iran demand action by FIFA after USA team change flag on social media
The FootballJOE Qatar World Cup 2022 Geography Quiz
You may also like
5 days ago
Former England international admits he wishes he had played for Ireland
1 week ago
Two baffling omissions as four Ireland stars make World Rugby 'Dream Team' of the Year
1 week ago
Josh van der Flier claims World Rugby Player of the Year at Monaco ceremony
1 week ago
"Highlight of my Ireland career" - Behind the scenes as Jack Crowley and Ross Byrne covered for a legend
1 week ago
Bundee Aki reminded us all of his best qualities, on a night Ireland couldn't do without him
1 week ago
Peter O'Mahony delivered some fitting Jack Crowley comments after surprise Test start
Next Page