The Ireland Sevens side are off to the Tokyo Olympics after a stunning final victory over France at the Monaco Sevens.

The event was used as a World Rugby Repechage qualifier for the Tokyo Games, and Ireland qualified in style, despite trailing 12-7 at half-time.

Ireland reached the final after wins over Zimbabwe, Samoa and, in the semi-final, a 28-5 victory over Hong Kong. A stealthy, physical France awaited them in the final. 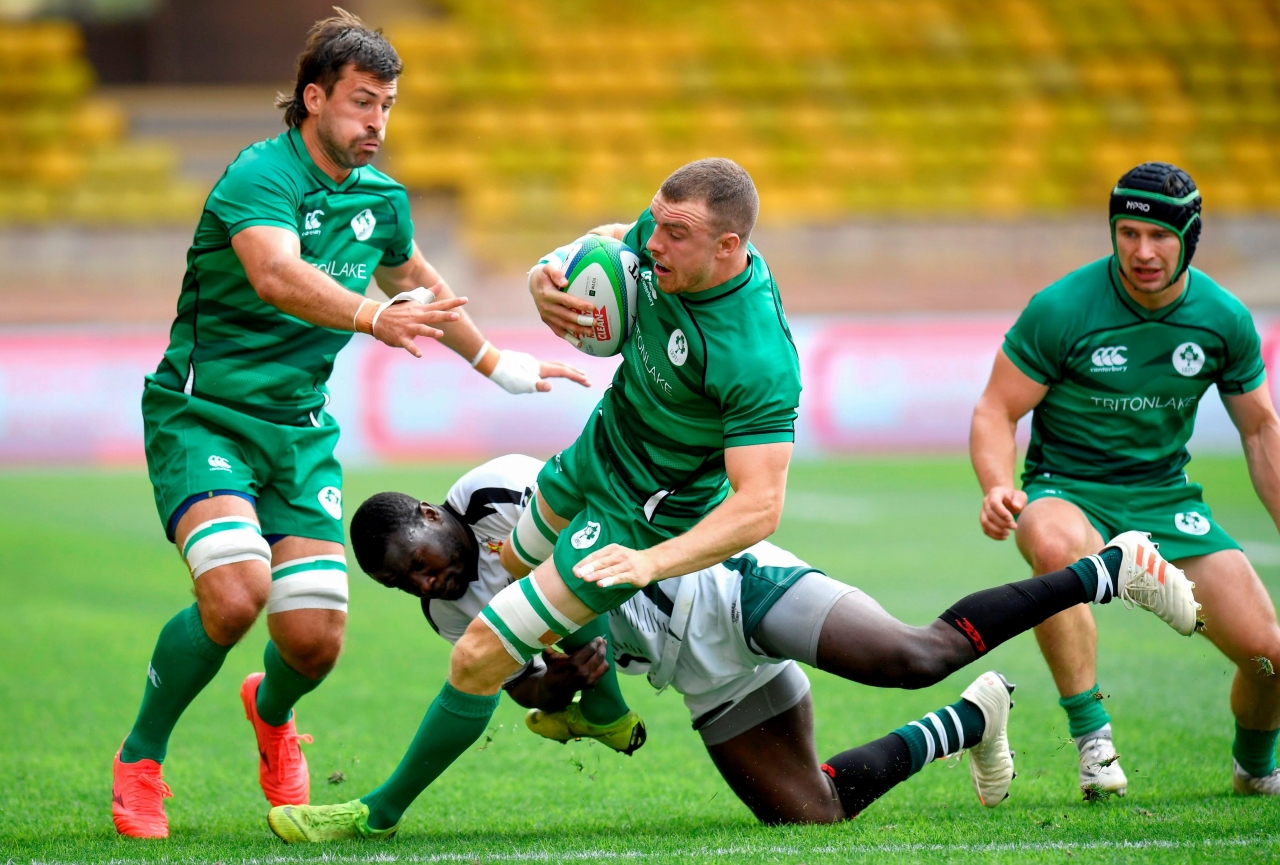 END_OF_DOCUMENT_TOKEN_TO_BE_REPLACED

Terry Kennedy, who had a superb tournament, drew first blood with a great snipe up the blindside and the kick was converted to put Ireland 7-0 up.

Stephen Parez' nifty footwork unlocked the Irish defence, late in the first half, and it was 7-7 after his dot down under the posts was converted. That was 12-7 within a matter of seconds as Ireland lost the restart and Paulin Riva benefitted from an offload to canter over.

END_OF_DOCUMENT_TOKEN_TO_BE_REPLACED

The second-half saw Ireland burn into a 14-12 lead after a stunning line-break from Jordan Conroy, which saw him leave four French players in his wake. That score was converted and Ireland led by two.

Conroy blazed in his second, soon after, and Ireland captain Billy Dardis gave them breathing room with a clutch touchline conversion. The men in green were 21-12 ahead with three minutes to go.

Harry McNulty sealed Olympic qualification when he raced over for a late score, with the French response a mere consolation.


popular
"Every team did it!" - Paul O'Connell on Roy Keane comment to Ronan O'Gara that he couldn't deny
Everton release brutal 59-word statement to confirm Anthony Gordon departure
Owen Farrell praises Johnny Sexton in revealing interview ahead of Six Nations
"It's crazy to think Bundee Aki might come straight in and start against Wales"
Five confirmed changes and guidelines to have big impact on 2023 Six Nations
Ireland set for 82,000-seat World Cup opener as Arsenal reject huge Katie McCabe bid
"I think Tyrone are going to go down this year" - O'Sullivan unimpressed by 2021 All-Ireland champs
You may also like
2 days ago
Two Ireland stars included in Premier League's 'young English XI'
2 days ago
British publication urges Gareth Southgate to claim Evan Ferguson for England
6 days ago
"He didn't give me that jersey back!" - Johnny Sexton on new rival Jack Crowley
6 days ago
Johnny Sexton on Six Nations documentary, and two Ireland players Netflix should follow
1 week ago
Liverpool reportedly selling Caoimhin Kelleher for Jude Bellingham funds
1 week ago
Robbie Henshaw on his life-long friendship with Bundee Aki and Netflix documentaries
Next Page