Have you gotten your breath back yet?

You can't win the Six Nations in the opening weekend... But you can certainly lose it. Ireland came very close to handing over the Grand Slam, Triple Crown and any hope of winning the Six Nations at the Aviva Stadium this evening.

They rode their luck for long periods against Scotland, and Andy Farrell's first game in charge of Ireland will leave a lot more questions than answers. Ireland may end up counting the cost of a number of injuries picked up, but they could have been counting a lot more if it weren't for Stuart Hogg's decision to try ground the ball one-handed rather than just secure the try. 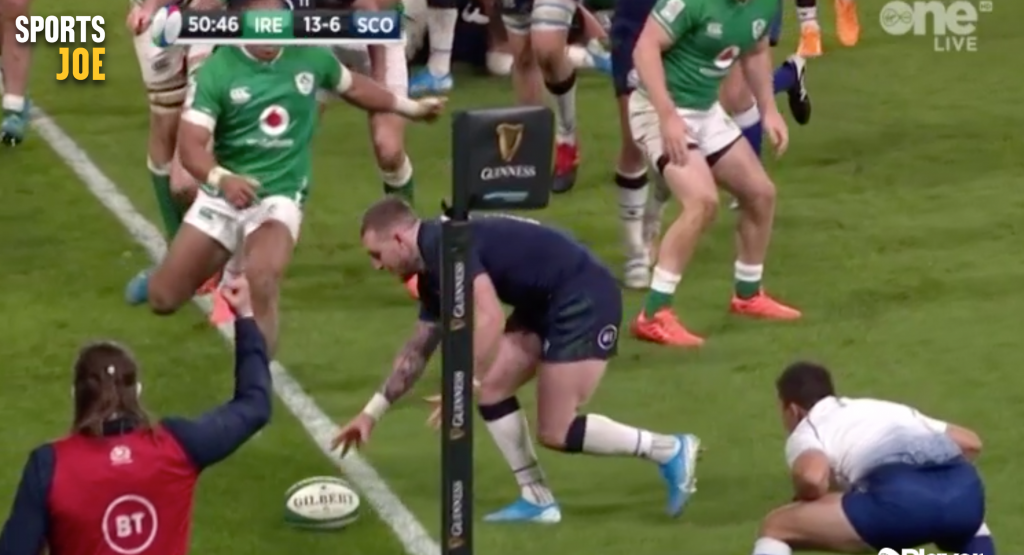 Here's how we rated Ireland...

Fantastic break in the 7th minute set the tone for a dynamic performance from fullback, as the post-Rob Kearney era kicked off without too many hiccups. Larmour was solid in the backfield and was a constant threat on the counter, made a number of key tackles.

Came alive when needed, just wasn't needed a hell of a lot. One very poor pass inside his own 22 that could have resulted in a Scottish try.

END_OF_DOCUMENT_TOKEN_TO_BE_REPLACED

Workmanlike performance, solid as always and offered creativity going forward. Made way for Henshaw at half time for an unspecified injury.

One brilliant break towards the end of the first half that should have resulted in a more serious attack, and was a constant danger going forward. One dodgy dropped ball from a Scottish restart, but on the whole was a solid performer.

Struggled chasing Murray's box kicks, although he had one brave gather from a risky Sexton crossfield. Much like Conway, wasn't used enough and struggled to make any kind of a footing in the game.

Captain for the tournament, and perhaps could have done a little bit more with a referee who made a number of strange calls in the first half and was slow to card Scotland in the second. Solid with the boot and a well-taken try capped a good performance from the former St. Mary's man. 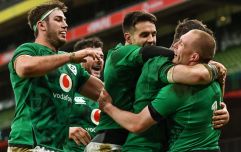 Ireland team that should start the Six Nations against Wales

END_OF_DOCUMENT_TOKEN_TO_BE_REPLACED

Zip back in his passing and box-kicks looking much more impressive. Threw one intercept and caught offside in a key maul inside the Scottish 22. Replaced in the 60th minute by Cooney, which will be an interesting  dynamic as the tournament goes on.

Brilliant hands for Sexton's try, and solid in the loose in defence, but his troubles in the scrum won't have gone unnoticed. Was replaced twice; once by Kilcoyne and then again by Andrew Porter who was asked to swap across the scrum, before coming back on in the final moments. Not a great outing.

Solid, but a couple of wayward throws in the lineout at times, which needs to be rectified, although he's not to blame for Ireland's woe at set piece. Will be an interesting tussle between himself and Kelleher for the number 2 jersey in the coming weeks and months.

Impressive, quick hands when needed and constantly shifting his feet looking for extra yards with ball in hand. Strong performer on the day, especially considering he was forced to play almost 80 minutes.

"I don’t see any point in going out onto a pitch and saying, ‘Yeah, I'm probably the worst player here’"

END_OF_DOCUMENT_TOKEN_TO_BE_REPLACED

A lineout steal to provide Ireland attacking ball in the second half his highlight, and was clearly involved in a number of decisions by the leadership group on the pitch. Not a bad performance but he will have wanted more from today. Replaced by Toner in the 67th minute.

Quietly went about his business. Will have been disappointed with the struggles at lineout and scrum, but still remains one of the first names on the teamsheet.

Shifted to 8 early on to accommodate Peter O'Mahony, but lost absolutely none of the dynamism we have come to expect from the Munster man in his prime. Carried incredibly well and made an absolutely lung-busting recovery run at the end of the first half to help prevent a certain Scottish try, and exactly the same in the final few minutes of the game. Brilliant performance.

Immense. Involved in a number of key turnovers and rock solid in defence as always. That number 7 jersey is his and he's not letting it go anywhere.

Massive turnover in the first 90 seconds of his debut, but had his day cut devastatingly short after a nasty clash of heads and a failed HIA. There will be much better days in green for the young man.

Arrived late to the party, and his main contribution was that final lineout mix-up. Will have wanted more from his first cap.

Came on and almost immediately was back off on the stretcher. Unfortunate for the Munster man, who was needed in the second half.

Asked to switch across the scrum rather than play in his preferred tighthead position initially, before Furlong's injury put him back. Performed well in the final scrum when needed.

What a moment for the lock to come on in the 67th minute after his exclusion from the World Cup squad back in 2019. Provided much-needed stability to the lineout at a crucial time.

On in the 4th minute to replace Doris, and his reaction to starting on the bench was noticeable. A fire has been lit under the Munster man, and it will be interesting to see how his tournament plays out. A number of big moments in the first half in particular, including a big lineout steal and a huge turnover in the space of two minutes.

On in the 60th minute, which was refreshing to see. Didn't contribute much, but the game was incredibly fractured in that time. Will hope for a starting jersey before the end of the tournament.

His only real contribution to the game was a skewed kick when Ireland needed a solid clearance.

On to replace Ringrose at half time, and had a number of powerful carries. Looked creative at times and solid in defence. Could easily start next week if Ringrose doesn't regain fitness.

popular
Alex Ferguson's dismissive comments confirm truth about Jordan Henderson
Wayne Rooney story about Memphis Depay shows why he failed at Manchester United
QUIZ: Can you name the Scottish football cult heroes?
The SportsJOE 12 o'clock quiz | Day 286
QUIZ: You have 30 seconds to answer this one tricky football question
"There were some tough battles but I was happy to test myself against the best"
QUIZ: Name the clubs to have lost in every Champions League final
You may also like
2 months ago
"When mates are texting 'Are you alright?', you know you're getting quite destroyed on social media"
2 months ago
"Brave" decisions come back to haunt Sexton as Irish brains scrambled
2 months ago
Andrew Conway still stewing over his role in crucial French score
2 months ago
Jacob Stockdale can still be Ireland's match-winner, but in a new role
2 months ago
"At half-time the chat was about belief, it was a little bit off" - Andy Farrell
3 weeks ago
The SportsJOE 12 o'clock quiz | Day 274
Next Page