The draw for the pool stages of the 2023 Rugby World Cup was held in host country France, this afternoon, and there were tricky draws for Ireland, Wales and Scotland. England, meanwhile, will be fancying their chances.

The headline news is that hosts France have been drawn in Pool A with New Zealand while reigning champions South Africa have Ireland and Scotland to tangle with in Pool B. England are in Pool D with Argentina and Japan.

END_OF_DOCUMENT_TOKEN_TO_BE_REPLACED

French president Emmanuel Macron was present for the draw in Paris - one of the 10 host cities - and spoke about how sport was at the centre of French culture and a source of huge passion for so many of its citizens. President Macron also paid tribute to former Les Bleus winger Christophe Dominici, who recently passed away. 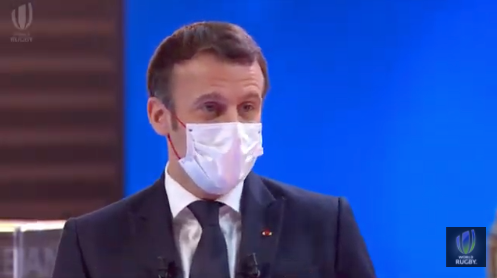 With politicians, rugby officials and French celebrities eventually stepping aside, it was time for the pool stage draw to take place. Many of the teams will still have to qualify for the tournament, in the coming months and years, but we got a good sense of the big match-ups in each pool.

The Welsh were, once again, landed with Australia and Fiji, in Pool C, while England's pool will be a fascinating watch.

Set your alarms for September 8th 2023 when the actual tournament gets underway.


popular
World Cup 2022 Day 10: All the major action and talking points
Iran demand action by FIFA after USA team change flag on social media
"I have equal love for football and hurling" - Sheehy set for two Leinster finals in two hours
World Cup 2022 Day Nine: All the major action and talking points
Canelo Alvarez duped by fake Lionel Messi Instagram post
"I appreciate Moycullen now more than ever" - Cooke's American lifestyle from a Moycullen base
Roy Keane's issue with Argentina star could rival Graeme Souness and Paul Pogba
You may also like
3 days ago
Former England international admits he wishes he had played for Ireland
1 week ago
Two baffling omissions as four Ireland stars make World Rugby 'Dream Team' of the Year
1 week ago
Josh van der Flier claims World Rugby Player of the Year at Monaco ceremony
1 week ago
"Highlight of my Ireland career" - Behind the scenes as Jack Crowley and Ross Byrne covered for a legend
1 week ago
Bundee Aki reminded us all of his best qualities, on a night Ireland couldn't do without him
1 week ago
Peter O'Mahony delivered some fitting Jack Crowley comments after surprise Test start
Next Page