Keith Earls and Robbie Henshaw are out.

Andrew Conway and Garry Ringrose are in.

Joe Schmidt has named his team to face Scotland in the Rugby World Cup opener and despite injuries, it's an exciting team. 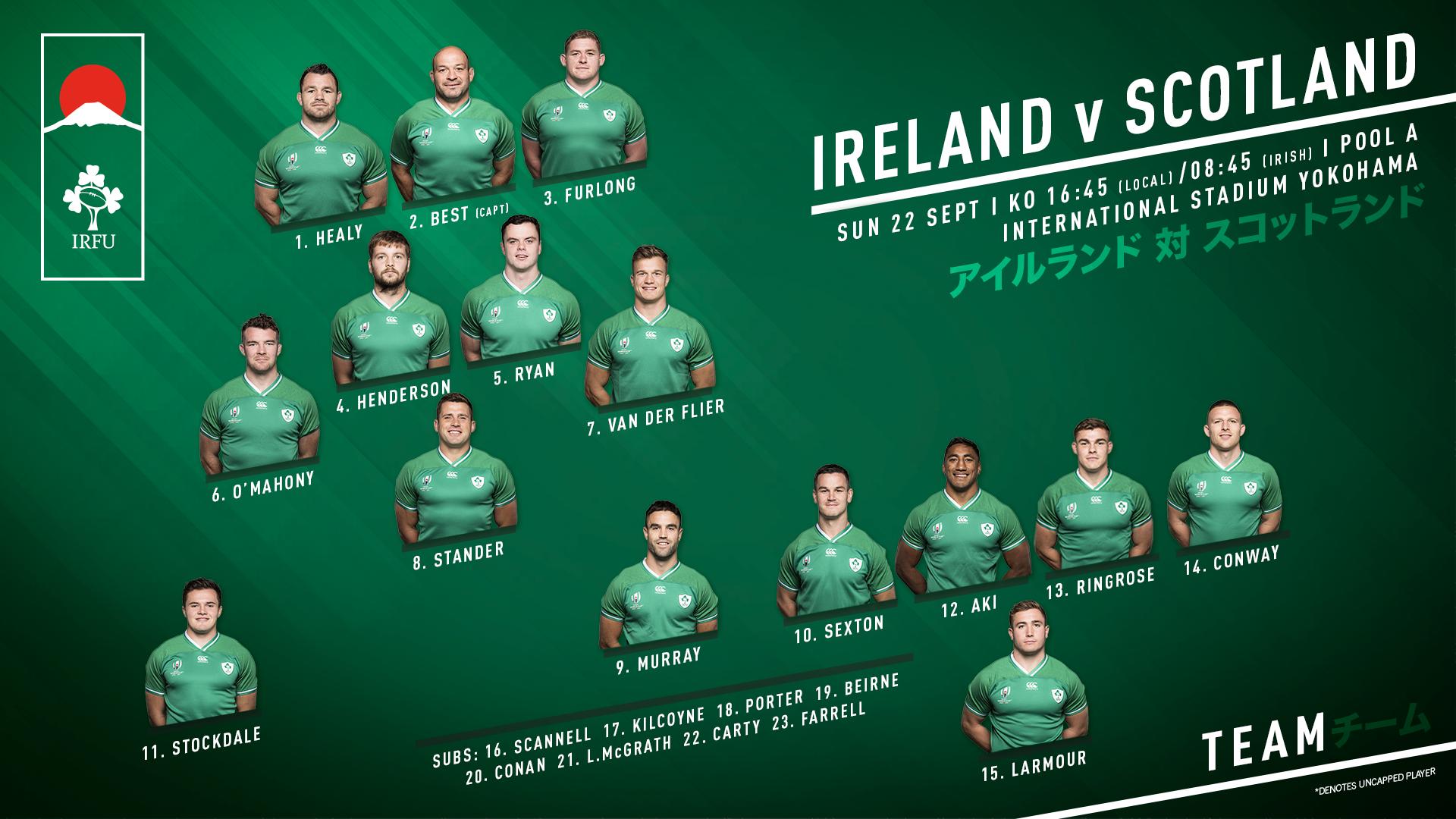