Ireland's most sublime rugby talents of the last two decades: No.11 to No.1

Our countdown from 22-12 sparked a lot of debate. The Top 11 should be even more fun.

Here we are now, celebrating the best of the best.

To recap on our premise - we're talking about the players that wore the green jersey and lit the place up on a world stage. That showed we had class, flair and fight.

END_OF_DOCUMENT_TOKEN_TO_BE_REPLACED

Most beautiful doesn't necessarily mean the men that they threw skip passes, dished out offloads or goose-stepped over flailing arms to break free and score wonder tries. They're here too but some of the entries are those beautiful, hardy ball-carriers and big-hitters that sent joyous pulses through us with seismic impacts and rousing moments.

Without further ado, from 10 to 1 over the last two decades, here we go... 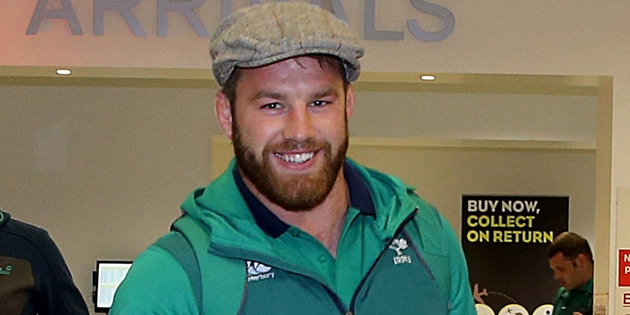 END_OF_DOCUMENT_TOKEN_TO_BE_REPLACED

Very similar to his back row buddy, Ferris, in that he was so often the man that lit the touch-paper. Made an early name for himself as a No.8 with Leinster but made a home for himself in the Irish back row as a devastating, line-breaking openside.

One of the very best in the world for the past eight seasons and showed he has lost none of his verve and scrap with a superb Lions tour to New Zealand, and that amazing try in the First Test against the All Blacks. Just as compelling to watch when he is pouncing in for a turnover as he is bursting through tackles or clearing out Frenchmen (multiples) from rucks.

END_OF_DOCUMENT_TOKEN_TO_BE_REPLACED

2004 D'Arcy was a joy to behold. Had been touted as a future star as early as 1998, his Leaving Cert year, but was in and out of the Ireland side for a stretch after that.

2004 saw D'Arcy come into his own at inside centre and, when Brian O'Driscoll missed out, in the 13 jersey. The next 10 seasons, after he was named Six Nations Player of the Tournament, saw him and O'Driscoll redefine centre partnerships as they mixed brilliant attack with robust defence.

Lost some of his pep in the final years of a long, successful career but remained useful and vital to Leinster and Ireland right up until his 2015 retirement. 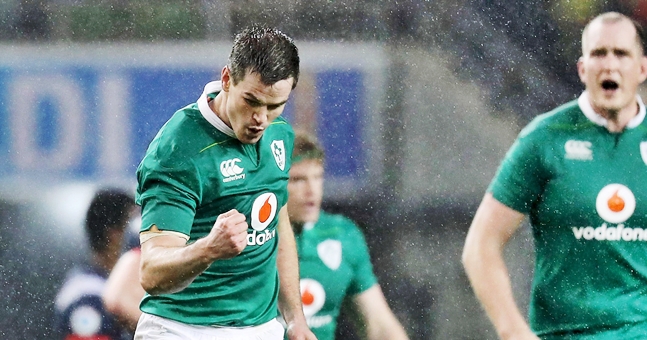 A ball-playing out-half and then some. Loves plying it right up to the line and both the Sexton Loop and the bluff of the Sexton Loop have befuddled defences for a decade now.

Has been at the fulcrum of a number of sweeping, scorching Irish tries and has put in the finishing touches of a few himself. Scored a few beauties in the 2013 Lions Tour triumph and en route to Ireland's 2014 Six Nations win. Truly is a world-class operator and rarely shirks a tackle.

When Sexton starts, Ireland are capable of beating any side in world rugby.

A hooker at number six? You bet your ass!

Woody was a talisman for Ireland, beloved in England [with Harlequins] and is a Munster legend despite having only played one season of Heineken Cup rugby with them. Brought energy, direct running and cleverness to his position and was up with the very best of him in world rugby.

Here he is outpacing and outfighting All Blacks' flyer Jeff Wilson for a second of two tries against New Zealand in 1997:

A guy that plays with a smile on his face and brings a smile to the face.

Infectious, lively character who started off as a precocious but unpolished talent yet worked his socks off to become a vital player for Munster and Ireland. Everyone will recall that heel flick at the Millennium Stadium to set up Cian Healy's try but there is so, so much more. 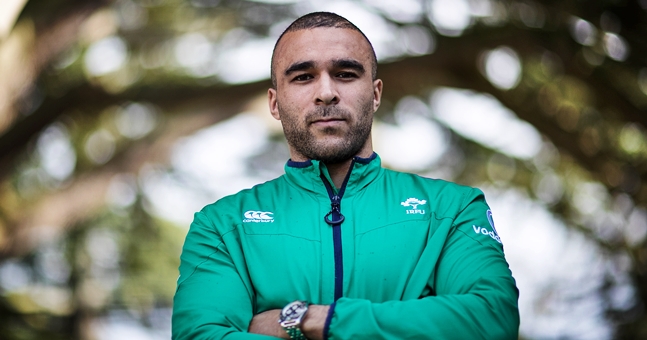 Loves the aerial challenge, has a try-scoring knack, runs brilliant lines, throws superb switch passes and have left many a top defender in his wake. Became Munster's record try-scorer at the age of just 26 and has added another heap. Will be missed when he leaves for Paris next summer.

There was always something so enthralling in watching O'Gara marshall and cajole his pack around only to call the shots - go for the corner or kick for points - when a penalty was rewarded. There was a greater thrill, still, in seeing him get in position for a drop goal after phase, phase, phase and phase again.

Will tell you himself that he was often bricking it in his early days but he positively thrived in high-pressure situations in the latter half of his career.

His skills, and danger, with ball-in-hand were often underrated but he was capable of slicing some of the best defences - Leinster, Toulouse, South Africa - as well with his well-timed runs, intelligent lines and that drop of the shoulder. On his good days, he was masterful.

Zooming in at five (he was not in last year's top 20) is the former St. Andrew's College flyer. Larmour made his Leinster debut early in 2017/18 and announced himself to the world with a virtuoso performance against Munster at Thomond Park. Has not looked back since. Has been too busy winning leagues, Champions Cups, Grand Slams and scoring Test hatr-tricks.

The scary part is, he's only getting better and we could still be a couple of season's off full-throttle Larmour.

A decade at the top and still going; still producing; still counter-attacking and gobbling up yards.

Started off as a winger but made a name for himself as one of the world's very best fullbacks. Dominated the skies, burned through defensive lines and was as brave as they come. Loved a lengthy penalty kick or ballsy drop goal attempt too. Huge figure in Ireland's Grand Slam win and the 2009 Lions Test Series against South Africa.

Has a habit of producing some of his very best against the very best - England, Australia, the Springboks and, in particular, the All Blacks.

'The George Best of rugby'. Whoever the genius was that dreamt that tag up, it stuck.

Geordan 'Geordie' Murphy is the leading Irish tryscorer in the professional era - when scores for club and country are tallied up. Revered by the Leicester Tigers faithful and won 74 caps for Ireland and the Lions.

A play-by-the-seat-of-your-pants type of player who was as off-the-cuff and dynamic as they come. Was a risk-taker and played on the edge, backing himself to get the job done.

Could have been one of Ireland's very best but his decision to play at Leicester, his own versatility and the talent of Girvan Dempsey saw him lose out on Test starts and appearances. Still managed an 11-year Test career, a storied stint at Tigers and left fans with a bevvy of good memories.

An absolute demon for tries. Stockdale equalled Tommy Bowe's Irish record, last season, in scoring 20 tries for country and club (Ulster). Has scored 10 tries in 12 Test outings, including seven in the 2018 Six Nations and crackers against South Africa and New Zealand.

A lad that plays with all the confidence and audacity of youth, and an attacking livewire.

Capable of doing just about anything and everything ever thought of on the rugby pitch or inventing it himself if it hadn't yet been done [see: PHANTOM PASS AGAINST ULSTER].

Was raw pace, rapid acceleration and joyous instinct in his early years and was world-class from the get-go. That 60-metre break and try against Australia on the Lions Tour announced him to the world but Irish fans already knew they possessed a star.

Sensational at the possible and impossible and the driving star of Ireland's rise from also-rans to a team that turned over world champions, gobbled up Triple Crowns and claimed a brilliant Grand Slam.

Developed into an extra loose forward in his latter years and showed he could score gritty, close-in tries. Always, always close to un-corking magic in the toughest of circumstances.

Our best ever and our clear No.1.


popular
Sean Dyche set to be named Everton manager after Marcelo Bielsa talks break down
Roy Keane flatly rejects longstanding perception of ex-Man United midfielder Paul Ince
Allianz National Football League Round 1: All the action and talking points
Conor McGregor hit by car ‘at full speed’ while cycling
Roy Keane leaves ITV pundits in stitches after Pep Guardiola's pre-match interview
Quiz: Identify these 15 football clubs that are not named after a place
"I don't like to fill my time that way" - O'Hora going his own way in an era of obsessives and covering all bases
You may also like
5 days ago
Liverpool reportedly selling Caoimhin Kelleher for Jude Bellingham funds
5 days ago
Robbie Henshaw on his life-long friendship with Bundee Aki and Netflix documentaries
1 week ago
Evan Ferguson sends Soccer Saturday panel bananas with late equaliser
1 week ago
Eamon Dunphy blames Roy Keane's behaviour for Declan Rice choosing England
1 week ago
Can you name the Republic of Ireland Premier League player from their wikipedia?
1 week ago
Kieran Treadwell the most unfortunate Ireland player to miss Six Nations call
Next Page