"When Stephen Jones struck it, I thought it was good."

For Irish rugby supporters, there is no closer call than the drama that unfolded at Millennium Stadium on March 21st 2009.

END_OF_DOCUMENT_TOKEN_TO_BE_REPLACED

Ireland went into a title decider against Wales, in Cardiff, with a team of players at their peak but with history telling them they were up against it.

Declan Kidney's side had kicked off their championship with a thrilling win over France, at Croke Park, and a blow-out victory over Italy. When they edged out England 14-13, all thoughts turned to bridging a 61-year gap.

Ireland had not won a Grand Slam since 1948 but there was a genuine giddiness from the moment the final whistle went to signal a 13-11 win over England. Former Munster flanker David Wallace says:

"The Grand Slam question had been out there the moment we beat France. It just got louder after England."

They were far from their best against Scotland, but a 22-15 win put them on-course for history. 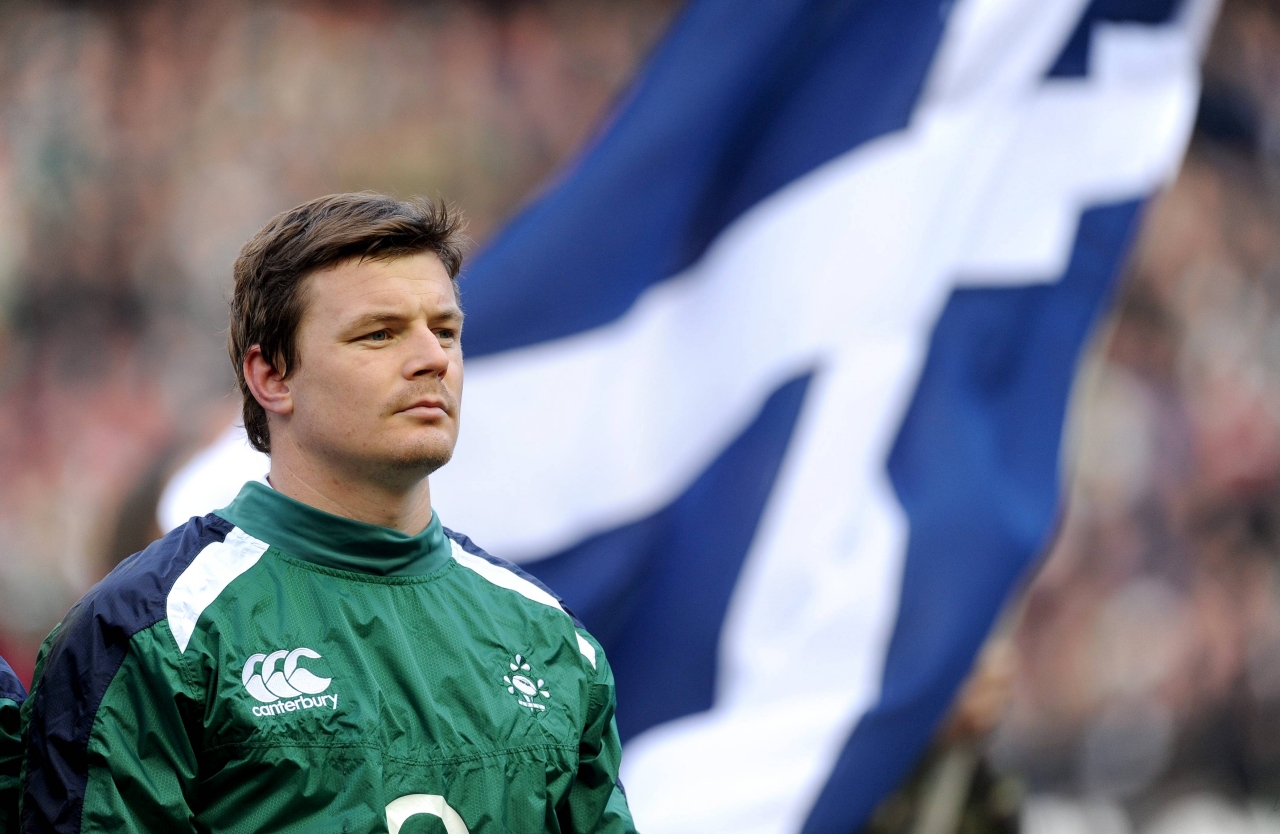 END_OF_DOCUMENT_TOKEN_TO_BE_REPLACED

Ireland had been without a championship title since 1985 and looked assured to end that long wait. Wales would have to beat them by 13 points or more to dash those hopes, but Irish eyes were already looking past the silverware and focusing on a Grand Slam.

"That's no good," says Ronan O'Gara, "just having the championship in the bag. I don't know what it's like in golf, losing a Major but winning the tour championship on points. It's almost like a consolation prize."

That was the attitude the Ireland players took into the game - all or nothing.

Up against a Wales team full of world-class talents - Shane Williams, Mike Phillips, Adam Jones, Martyn Williams and Alun Wyn Jones - there were no guarantees. At half-time, Wales led 6-0 and Ireland had already lost Stephen Ferris to a compound finger fracture.

"I sat in the dressing room on my own and burst into tears," recalls Stephen Ferris. "All the emotions hit home and I was trying to catch my breath.

"Then I started hearing cheers; hear a few more. I hit myself a few slaps around the face and say, 'Come on, get out and support the boys. The last thing they'd want is you in here, feeling sorry for yourself. Get out there'."

Ferris was on the Ireland bench, then off it again, as he celebrated tries for Brian O'Driscoll and the Tommy Booooooooooowe score made famous by Ryle Nugent, and the winger himself. 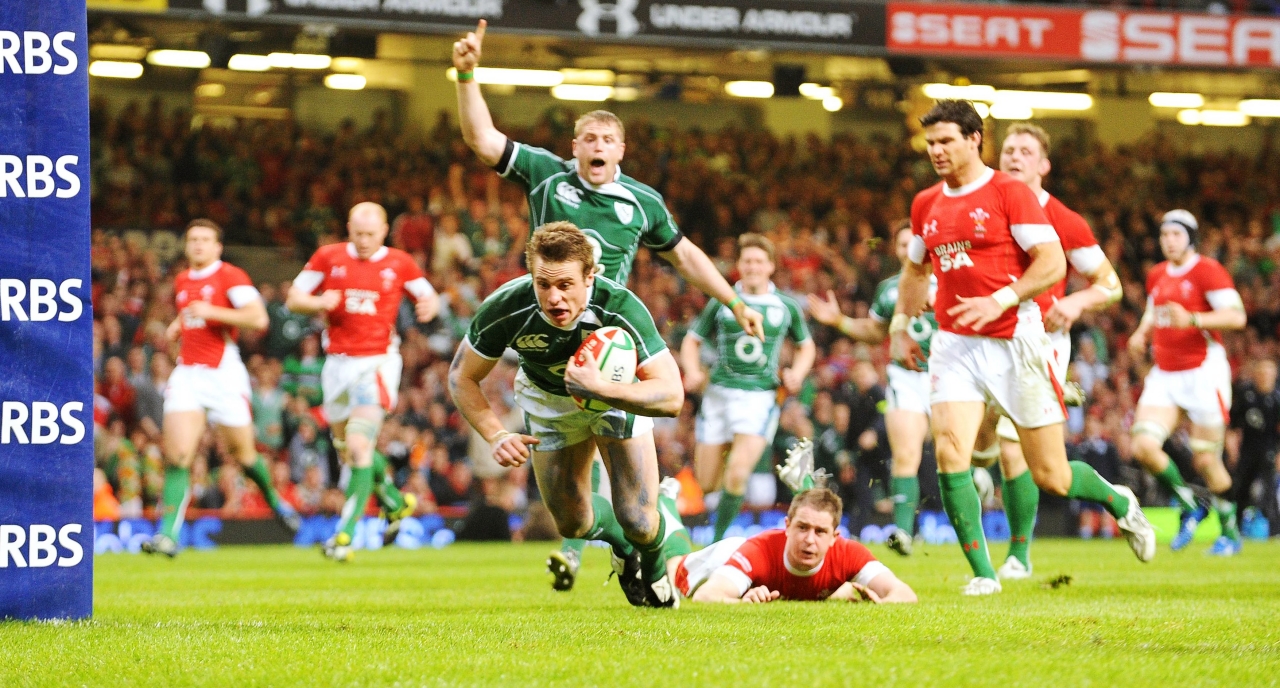 Ronan O'Gara converted and Ireland were 14-6 ahead. Then, it got dicey.

It is worth remembering that the core of this Ireland side had been denied a championship in 2007 when Elvis Vermeulen got an injury-time try to clinch the title for France. Two years on, though, Ireland were in control of their own destiny. According to Marcus Horan, who started at loosehead that day, there was a steely focus about the side.

"You could just see the focus on everyone's faces. We had a lineout on their 22 and we knew it would be our last attack, and to get ROG into position. Everyone did their job perfectly."

The Irish forwards did their part and Peter Stringer fed O'Gara for the drop goal. The Munster No.10 did not make the truest connection of his career but it was good enough. With three minutes to go, Ireland were back in front.

It wasn't over yet.

Back came Wales and Ireland were just hoping to hold them out and keep their discipline. On 79 minutes, Wales got into the Irish half and referee Wayne Barnes penalised Paddy Wallace at the breakdown. The former Ulster centre recalls:

"Wayne tapped me on shoulder, a couple of months later when he was reffing another match. We were at a function after the game and he said, 'Listen, apologies, I checked that on the video and probably, if I got to the ruck a couple of seconds earlier, I would have penalised the Welsh man for holding on but my view was slightly blocked at the time. Whenever I arrived you looked like you had come in from the side so sorry about that.' And I was like, 'Yeah, thanks!'"

Back at the Millennium Stadium, on that fateful day, all the Irish players, coaches, backroom staff and supporters could do was watch through the cracks in their fingers as Jones lined up a penalty. The clock was about to go red.

"I was watching," Jerry Flannery says, "and just went, 'Ah God, I hope this kick doesn't go over'. When Stephen Jones struck it I thought it was good."

The kick look good all the day up until the final few rotations, when it suddenly lost momentum and started to drop.

Coming up just shy of the posts, the ball was caught by fullback Geordan Murphy under the posts. He could have simply turned and kicked it out of play, but he made a mad dash to the sideline before finally thumping the ball out.

A fitting, pulse-racing end to a historic day.

Gillette has launched a complete upgrade across its entire range of refillable razors including new fully recyclable packaging to help men shave with confidence and put their best face forward.


popular
"It’s hard not to respect Johnny, even if you don’t like him!" - Dan Biggar
Martin McHugh: Them lads were stronger than the modern day player who's lifting weights all the time and doing no manual work
"I was in the Blackrock end goal looking up to the heavens saying, "Get us through it" - Kerins following his late father's footsteps
Quiz: Which footballer has played more times for Ireland?
Dessie Farrell set to cut large chunk of Dublin players as panel is reduced for league campaign
Sky Sports presenter explains why Roy Keane and Graeme Souness are so critical of players
Eddie Jones shares great tale on hour-long chat with 'inspirational' Roy Keane
You may also like
2 days ago
"I have to come into this camp and do what I can to get the No.2 jersey" - Rob Herring
2 days ago
"It's not a stepping stone any more" - Connacht pride in Test-ready stars
3 days ago
"I had a point to prove" - Conor Oliver on choosing Connacht over Leicester Tigers
6 days ago
"I saw a skinny boy from Ireland, standing in a big goal" - Jurgen Klopp praises Caoimhín Kelleher's development as a goalkeeper
1 week ago
Predicting Ireland's starting XV for Wales after Andy Farrell squad announcement
1 week ago
Jamie Heaslip delivers Jack Carty reality check, hours before Ireland call-up
Next Page