Ireland squad prediction after latest round of cuts

Schmidt had whittled his training squad down to 40 with just over a month to go before the start of the Rugby World Cup where he'll have to cut it down to a final 31.

The New Zealander will still have to tell nine players that they will not be boarding the plane to Japan but already some of his selections have given us a clearer picture of who he's taking to Japan in certain positions.

However, centre Jared Payne was replaced by a scrum-half in Isaac Boss after he picked up an injury against Romania so it's hard to tell if Schmidt will go with three scrum-halves or three centres this time around.

Cooney's dismissal virtually assures that Conor Murray, Luke McGrath and Kieran Marmion will all make the squad if he goes with three.

Schmidt took four centres in 2015, and maybe he'll take less this time around given that the likes of Keith Earls and Jordan Larmour can both play there, but if he takes four, it still leaves Bundee Aki, Robbie Henshaw, Garry Ringrose, Will Addison and Chris Farrell.

Aki, Henshaw and Ringrose would be his preferred trio, and have been during his time in charge, but you can certainly make strong cases for Farrell and Addison. 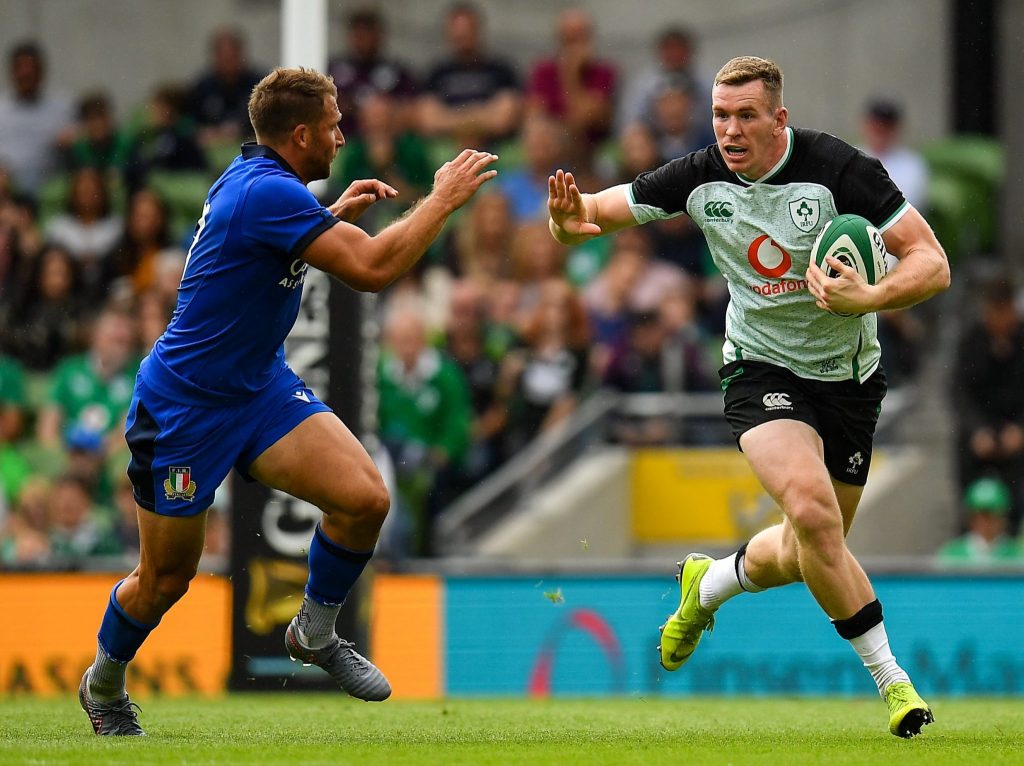 END_OF_DOCUMENT_TOKEN_TO_BE_REPLACED

Given the strength at the position it was always going to be an uphill battle for Rory Scannell and so it's no great surprise he hasn't been selected here despite another strong showing for Munster last season.

Meanwhile Haley's ejection was also to be somewhat expected given that Schmidt must now choose between Jacob Stockdale, Keith Earls, Rob Kearney, Jordan Larmour, Dave Kearney and Andrew Conway. He took five outside backs the last time, and despite a strong showing against Italy, Dave Kearney would be a long shot to remove one of those from the current squad.

The most flexible positions from Schmidt are in the backs. He'll most likely take three scrum-halves given that there's no Ian Madigan this time around that can cover scrum-half.

Joey Carbery initially entered the Leinster Academy as a scrum-half but has yet to play there in the professional ranks and is currently nursing an ankle injury that will sideline him anywhere from four to six weeks.

Given the uncertainty around Carbery's injury we're going to say that Schmidt will take three scrum-halves and three centres with five outside backs.

Here's who we think will make the final squad with the omissions highlighted in red.


popular
The SportsJOE 12 o'clock quiz | Day 182
Liverpool's deal to sign Diogo Jota as canny as they come
Eric Dier calls Dele Alli on his tantrum in All Or Nothing changing room row
Sean Kelly sums up emotion of a nation as Sam Bennett all but sews up the green jersey
Football team loses 37-0 after social distancing from opponents
The SportsJOE 12 o'clock quiz | Day 181
The Tipp minors who beat Dublin's golden generation: the ones that got away

You may also like
4 days ago
Anthony Stokes has Livingston contract terminated after Astro Turf struggles
5 days ago
Andy Farrell will be sorely tempted to finish the Six Nations with these lads
1 week ago
Controversial disqualification gives Sam Bennett massive green jersey boost
1 week ago
Not a dry eye in Ireland as Sam Bennett breaks down after Tour de France triumph
1 week ago
Ireland set to face England, Wales and Georgia in 8 Nations tournament
1 week ago
"My gut was like, 'Stick Shane Duffy up front and let's go long'"
Next Page