Injured and on his way to Wasps... when will Marty Moore play for Ireland again?

The Australian is in line to become the third foreign-born prop of the Pat Lam era to earn an Ireland cap under Joe Schmidt, the 24 year old joining up with the Six Nations squad following Marty Moore's hamstring tear.

Monday was mixed for Moore, who was ruled out for 6-8 weeks before having his move to Wasps confirmed just hours later.

The Leinster man's transfer was held up when Ireland head coach Schmidt and scrum coach Greg Feek made overtures towards the 24 year old. The thinking was that Irish rugby did not want to lose a promising tighthead, viewed by many as the heir apparent to Mike Ross.

However whether the risk to his Irish career were not grave enough or the riches on offer in Coventry were irresistible... either way Moore will be plying his trade in the Premiership next season, alongside former Munster fly-half JJ Hanrahan. 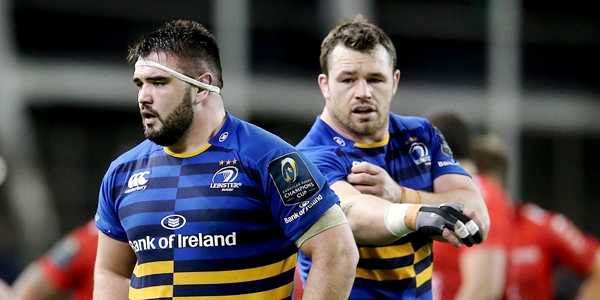 "I am looking forward to working with Dai Young and his coaching team as well as the squad and am excited about the challenge ahead in the Aviva Premiership," said Moore. 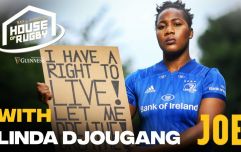 END_OF_DOCUMENT_TOKEN_TO_BE_REPLACED

It remains to be seen how serious IRFU performance director David Nucifora will be about exiling the exiles but, seeing as he is likely to miss the Six Nations, it will be interesting to see when Moore next dons the green shirt.

It is a great opportunity for Bealham, who follows in the footsteps of Connacht's other project props, Nathan White and Rodney Ah You. The league convert, along with Ultan Dillane, White, Kieran Marmion and Robbie Henshaw, brings to five the number of Westerners in the squad convening in Carton House today.

Henshaw has shown no ill-effects following his return from an arm injury against Enisei-STM at the weekend, while Johnny Sexton is expected to be cleared to play by Tuesday morning when he completes Head Injury Assessment (HIA) test three.


popular
The SportsJOE 12 o'clock quiz | Day 104
"Shane was just gifted. He could play centre back, centre forward, he had everything"
James Haskell on text exchange with Peter O'Mahony after Ireland's victory over Scotland
The SportsJOE 12 o'clock quiz | Day 103
Can you name the first clubs these players went to after leaving Celtic?
SportsJOE 2000s Football Quiz | Round 8
"The academy boys have turned into small monsters over the past few weeks" - Peter O'Mahony
You may also like
1 week ago
The brutal training drill every rugby pro has to get through this week
1 month ago
"He walks into the dressing room and Pienaar goes, ‘We can’t win’!"
1 month ago
Ryan Baird on his physical and mental preparations to hit rugby's return running
4 months ago
"Play him as soon as possible" - Ryan Baird exceeding great expectations
4 months ago
The future of Leinster and Ireland's second row is officially here
4 months ago
Guinness Pro14 preview: Leinster v Glasgow
Next Page