A big victory in Wales one night, getting ready for lock-down in Italy the next.

The Benetton Treviso players were just as shocked as millions more Italians when, on March 7, Prime Minster Giussepe Conte announced that new lock-down measures were to be put in place across the whole of the country. On the same day that the Covid-19 (Coronavirus) outbreak was declared a pandemic by the World Health Organisation, Italy ramped up their efforts to delay the spread.

Ian McKinley and his Treviso teammates had not arrived back in Italy long after their 37-25 victory over Newport Gwent Dragons, in the Guinness PRO14, when they learned that life was about to drastically change.

McKinley joined Andrew Trimble and Pat McCarry from his home in Treviso for the latest episode of Baz & Andrew's House of Rugby, and offered a huge insight into life in the heart of the Coronavirus pandemic.

"We played the Dragons last Friday, in Wales," he says, "and when we got back on Saturday evening and, that evening, Prime Minster Conte said that the whole country needs to go into lock-down."

"Some of the people from our team," he adds, "that are from South Africa or Ireland have managed to get home but this has been my home for almost 10 years. I decided to stay, with my family, here."

Italy kept certain shops, restaurants and cafes open, and the Treviso gym was open for players to use, but on Wednesday, March 11, the government ramped up measures to make it a full lock-down. As of midnight on March 16, Italy had 27,980 confirmed Coronavirus cases and 2,158 associated deaths.

The former Leinster outhalf [from 19:00 below] spoke about his decision to remain in Italy, how he is adapting to the new normal and his reaction to other countries moving slowly to tackle this deadly virus outbreak. 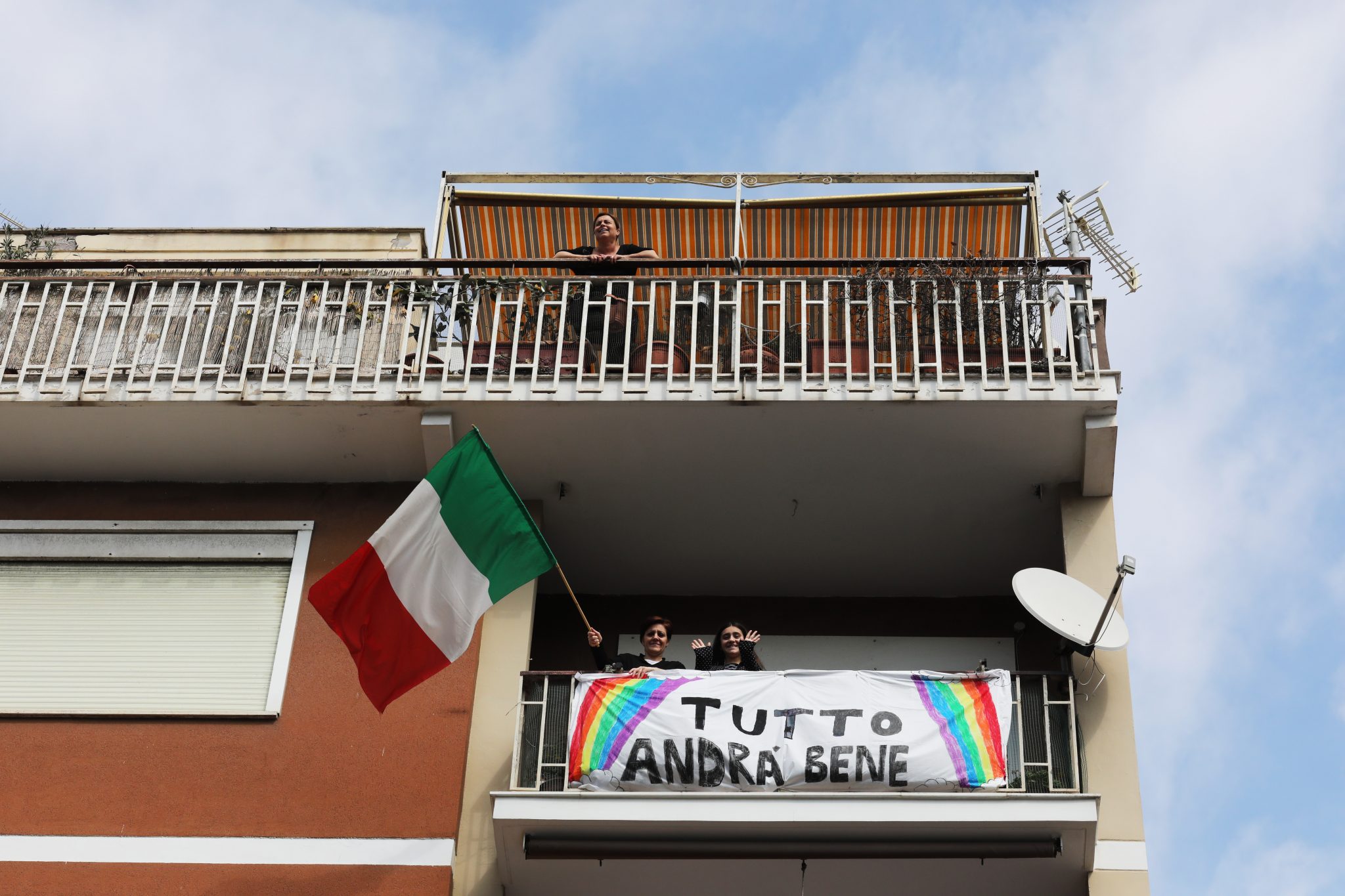 END_OF_DOCUMENT_TOKEN_TO_BE_REPLACED

Ian McKinley and his wife, Cordelia, have been confined to their house for the best part of a week now and they are trying to get into a whole new routine while also trying to track and document events.

The only time members of the public are allowed to leave their places are for work (permits need to be shown, when requested, to the authorities), shopping (only one person is permitted out to get groceries and supplies) and walking dogs.

"I'm not an expect, at all, on the topic," says McKinley, "but I think the Italian government have handled it pretty well. Because I think if you go into a situation where you are living your life to 100% and then, all of a sudden, go into 0, the whole country could go into panic.

"So there has been a bit of a gradual closure of shops and from last Wednesday we have gone into total shutdown. So I think it gave people a bit of time to prepare for the worst. I've seen lots of people panic buying at home [in Ireland] but people have been fairly good here and everyone is respectful of the one-metre rule [social distancing] and gatherings and all that. Personally, I think the Italian government have acted pretty well."

Given that his day-job is as a professional rugby player - and McKinley has nine Test caps for Italy - the Dubliner is being innovative with how he stays in decent shape, and works out, while at home. Whether than involves using some household furniture of holding 10 plates as he is doing his squats, where there's a will, there's a way. 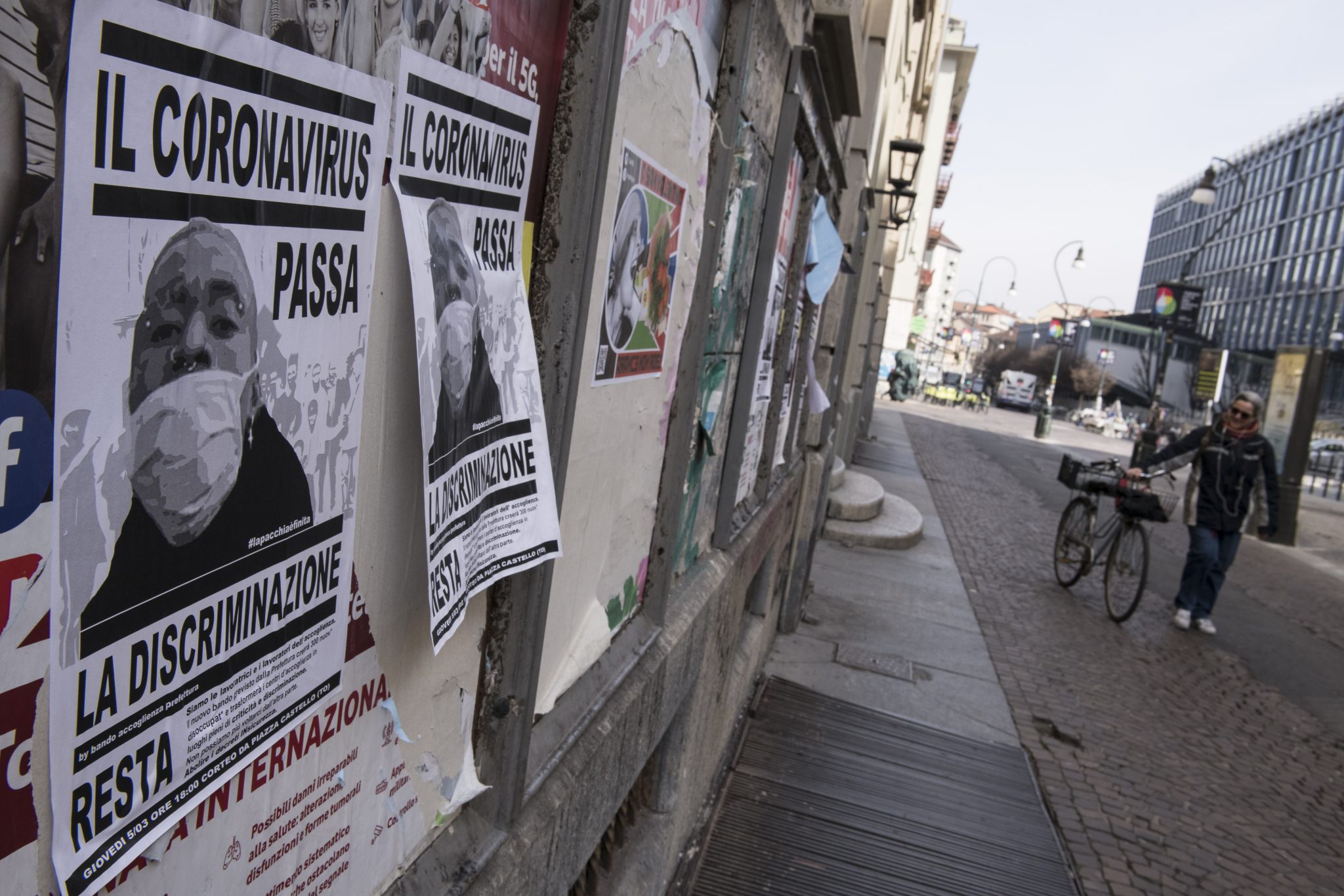 McKinley says all of his teammates were subject to having their temperatures monitored before Treviso, the club, closed up shop for the next while. Italy was the hardest hit country after China, where the virus is believed to have originated, by the virus outbreak but many experts suspect other countries will face similar struggles. To that end, the outhalf agrees with the analogy that Italians are almost 'a week or two in the future'.

"The worse thing to do is to try and make people panic, but there's a fine line between making people panic and actually getting people prepared for it. When you put it like that, it does feel like I am in the future whenever I'm talking to family and friends back in Ireland. We seem to be a week or two ahead of events over there.

"Myself and Cordelia actually thought about going back to Ireland, to be with our families, but we thought 'This is our home' and we also thought that we don't want to spread it. We thought, too, that you could be in the worst of both world, where we leave our home here and then go back to Ireland and find that it also ends up in a state of lock-down."

Cordelia got a few opportunities, in recent weeks before the lock-down was implemented, to get around and take photos and videos of the once bustling streets and thoroughfares around their town. McKinley describes the scenes as 'like being in an apocalyptic film' and likens it to the Danny Boyle zombie film 28 Days Later.

END_OF_DOCUMENT_TOKEN_TO_BE_REPLACED

When the book-reading, study, documenting, exercising, chats with friends in Ireland and Italy and box-sets don't scratch the itch, Ian McKinley considers himself fortunate to have nabbed a Playstation games console from a friend to help while away more than a few hours.

"It's history," he says, "and it's sort of surreal when you are living in it but, from reading reports, the numbers aren't going down. There's still a spike in Italy. It's now France, it's now Spain so hopefully, fingers crossed, the UK and Ireland doesn't get it too bad."