With only a day to go until the Champions Cup quarter-finals get underway across Europe, excitement is peaking ahead of what will hopefully be two Irish victories this weekend.

Both Munster and Leinster have home advantage against Toulouse and Wasps, respectively.

Both are expected to be tested in their respective matches, but the thinking is that they will ultimately prevail once the 80 minutes have elapsed.

END_OF_DOCUMENT_TOKEN_TO_BE_REPLACED

Munster are up against the French four-time European champions, who they are very familiar with.

Their last meeting resulted in a 47-23 win for Munster at the same stage of the competition this time three years ago, in what was Rob Penney's last season in charge of the southern province. 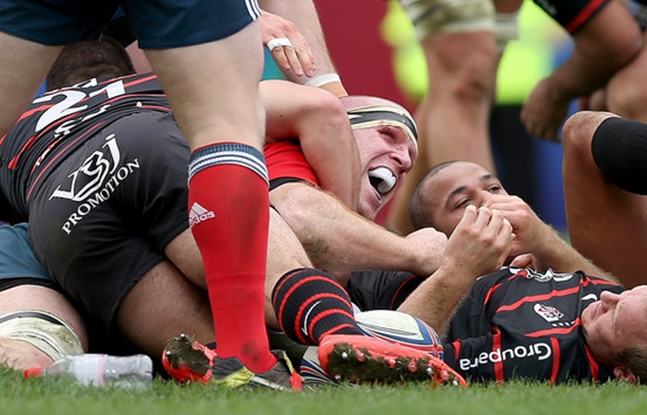 Taking a look at the respective league position and form of the two sides, you would not be naive to think that a similar result could happen.

However, one man who is familiar with Ugo Mola's side is Bristol-bound Ian Madigan.

The former Leinster out-half played 60 minutes against Toulouse at the weekend and he is all too familiar with the threats which Munster could face in Limerick.

“They have a big strong pack, a good lineout and a powerful maul with really speedy, evasive backs in players like Gael Fickou, Maxime Medard and Yoann Huget – proven internationals and with space are dangerous,” said Madigan in quotes attributed to The Irish Times.

END_OF_DOCUMENT_TOKEN_TO_BE_REPLACED

Toulouse's game is characterised by using their big ball-carriers to get over the gain line with an emphasis on offloads if they can get their hands free in the tackle.

Bordeaux dealt with this by doubling on the their carriers, one player going low and the other up high in order to diminish the threat of any potential offload.

Munster may have to carry out something similar. 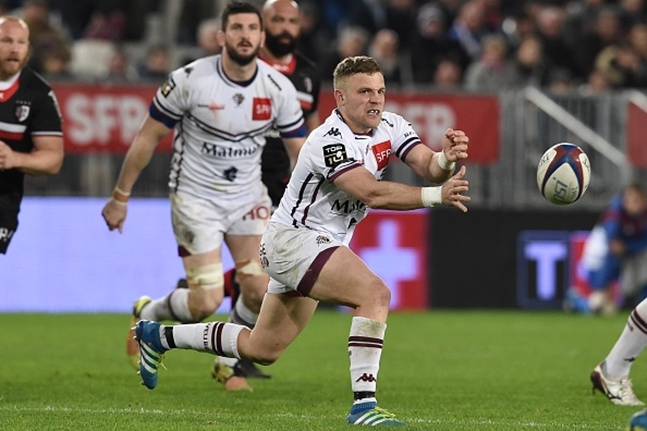 Bordeaux eventually grinded down the big Toulousian side by putting the ball through multiple phases which eventually led to space opening for up for their players to exploit.

END_OF_DOCUMENT_TOKEN_TO_BE_REPLACED

Munster have used this tactic well this season and it may be their best opportunity to gain a win at the famous Limerick venue.

With regards to his predictions for the 5:45 pm clash in Limerick, Madigan believes that the Thomond Park factor could prove decisive, even when you take into consideration some of the Toulouse players have experience playing in such intimidating conditions.

“It will be a factor as it is an intimidating place to play. The support is incredible. Toulouse have plenty of players who have played in big, high-pressure matches but it will still be a factor.”

Atmospheres don't get much better than Saturday evening kick-offs for European knockout rugby in Limerick.

Munster will feed off this and it is hard to look past them winning, regardless of the threats the southern French side will pose.


popular
The FootballJOE Pub Quiz: Week 11
O'Hora and Keegan hammer into each other, both of them only revelling in it
McBrearty has dramatic equaliser ruled out as Naomh Conaill win Donegal grudge game
Man United's tactical issues summed up in six shocking screenshots
Jesse Lingard seeks to clear up what United fan shouted when he was warming up
Liverpool's half-time words in Old Trafford dressing room will please fans greatly
Man United experiencing their Bishop Brennan getting kicked up the arse moment
You may also like
1 week ago
"The guy just can't catch a break" - RG Snyman back on gruelling comeback trail
2 weeks ago
Munster confirm RG Snyman has re-ruptured his cruciate ligament
2 weeks ago
Worrying scenes for Munster as RG Snyman lasts only nine minutes against Scarlets
2 weeks ago
Gavin Coombes and the fascinating tug-of-war for Ireland's No.8 jersey
3 weeks ago
Peter O'Mahony's try-saving actions cannot be understated or undersold
3 weeks ago
Peter O'Mahony rages over "full-on bite" as Munster secure comeback win
Next Page