Back in March 2015, Ireland were involved in another memorable Six Nations final day nail-biter, and Ian Madigan was as nervous as any Irish fan out there.

END_OF_DOCUMENT_TOKEN_TO_BE_REPLACED

Madigan played in all five games during that championship and came off the bench in a game against Scotland that Ireland needed to win by 20 points or more to have a shot at the title. He entered the fray with 10 minutes to go and with Ireland 33-10 ahead but pressing for more.

Sean O'Brien got over for his second try of the game and Madigan popped over the conversion, but he later missed a penalty kick that would have improved Ireland's winning margin by another three points. It did not seem to be too big a deal, at the time, but England then looked to be pulling off the impossible, in Paris, later that night.

On the latest episode of House of Rugby Ireland (from 12:00 below) Ian Madigan told Eimear Considine about a nerve-wracking couple of hours and some extremely supportive comments from his teammate, Johnny Sexton. 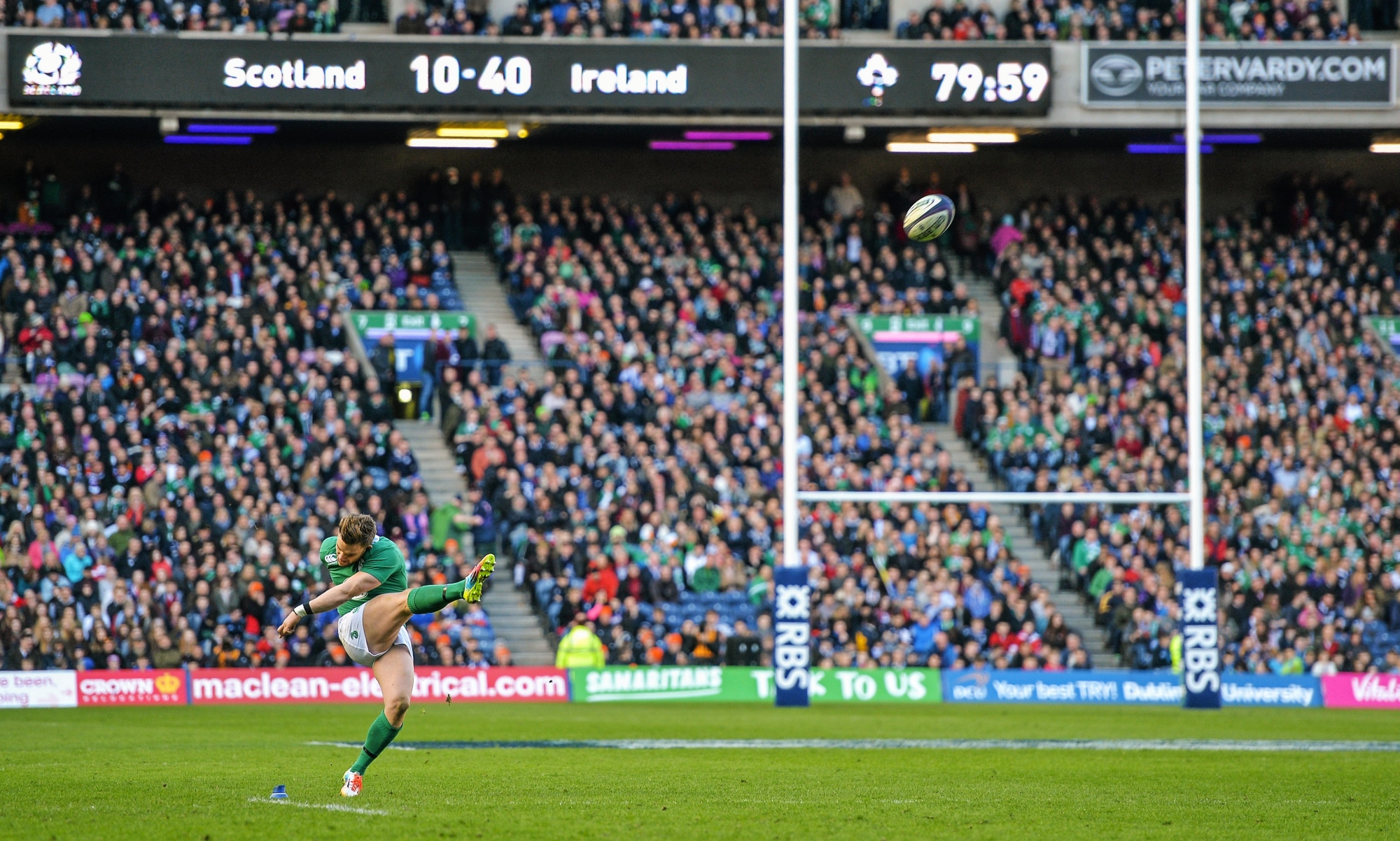 "We were playing Scotland before England and France," Madigan recalled, "and we knew we had to win the game and get a bonus point, but also make it as difficult as possible for England to build up a score against France, for the points difference.

"I don’t remember a whole lot from the game but I do remember I had a penalty kick at the end, to get three more points, and to make it more difficult for England. And I missed a relatively easy kick.

"It was a very nervy couple of hours afterwards, because the England-France game kicked off just as we finished. France came out of the blocks really quickly and scored two quick tries, and I was thinking, ‘Grand, I’m in the clear here’.

"Went in, got showered up, having the craic with a few of the lads. Then I came back out and England had started this great comeback. I was then stressed out again. I had the calculator out, working out what the points difference was and what England had to get to."

END_OF_DOCUMENT_TOKEN_TO_BE_REPLACED

As the game wound into the second half, and with England starting to breach the French defence with alarming ease and regularity, Madigan and Sexton sat down for the post-match function, and meal.

Madigan will never forget how Sexton tried to clear his mind of any feelings of guilt. "I remember sitting and having the meal with Johnny and the score kept ticking up," he said.

"We were both stressed out. I was particularly stressed and Johnny could sense that. He was like, ‘Here, look, if it does come down to it, don’t beat yourself up. It wasn’t because of your missed kick. If we do come second, you know, I missed loads of kicks throughout the Six Nations that I should have got’. And it helped my nerves a bit, but it was just such a cagey two hours watching the game.

"Ultimately, it came down to England being on France’s line in the last play of the game and if they got a try, they would have passed us out by two points, which was just the worst-case scenario. Like, if they passed us out by 10 points it wouldn’t have felt as bad. But if it was within that three-point margin, it was literally worst-case scenario.

"England ended up knocking the ball on, in overtime, and the French fullback, Yoann Huget, picks the ball up in the in-goal area and I’m just like, ‘Kick it out!’ And, typical French, he goes to play out of his own in-goal area, in injury time. Plays out, they knock the ball on and suddenly England are attacking again. Eventually, they knock the ball on before they score and I’ve never, in my life, experienced relief like it!

"I remember bumping into Joe Schmidt, soon after. He gave me a big hug and said, ‘You’re a very, very lucky boy’. I was like, ‘Too right!’ I wouldn’t have wanted to bump into him if we hadn’t have got over the line!"

England ended up beating France 55-35 but they needed to win by 26 points to pip Ireland to retaining their Six Nations title.

Sometimes, the anguish and doubts make the victory itself all the sweeter.