"A handful of pints had been taken at that stage!" - Iain Henderson on Murrayfield session

What a nerve-jangler that was.

Injuries to James Ryan [concussion] and Ryan Baird [back] mean Iain Henderson is all but guaranteed being in the Ireland team when Andy Farrell names it tomorrow afternoon.

Having headed back to Ulster to get minutes under his belt, Henderson was on the replacements bench for the 32-15 win over England, but was drafted in after only 82 seconds when Ryan went off concussed.

"Funnily enough," says Henderson, "just prior to the game, Jack Conan and I were in the changing room, before we got changed, joking about coming on early in the last Six Nations - that actually happened against Wales. So, in my head, I was almost thinking the odds of it happening again must be pretty slim and, there we go. 78 minutes later, though, it was a different story."

END_OF_DOCUMENT_TOKEN_TO_BE_REPLACED

This Saturday could see Henderson and Ireland claim as Triple Crown with a home win over Scotland, and a championship title, too, if France slip up against England.

There are parallels with 2015, when Ireland were playing the Scots on the final day and then left watching the evening action unfold in Paris. On the occasion, they needed Les Bleus to prevent England winning the title by keeping the scoreline tight. England would go on to win a pulsating match, but France held them out from scoring a late try that would have made them champions.

This week, the Ulster captain recalled what it was like to be at Murrayfield, in 2015, as the drama unfolded. 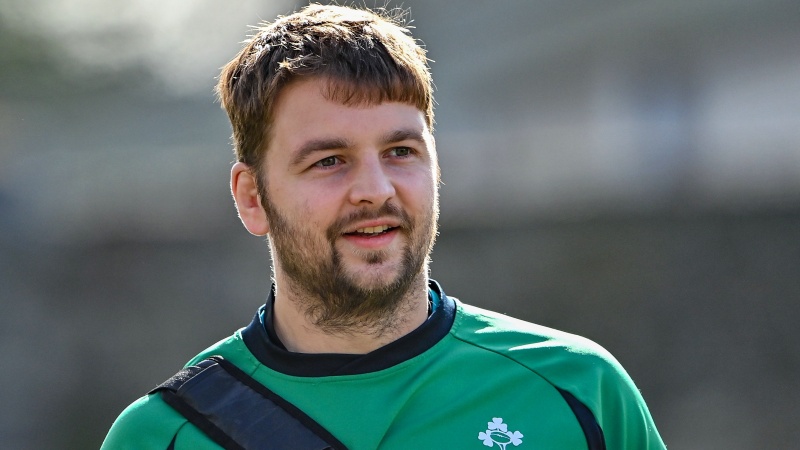 'The excitement was through the roof' - Iain Henderson

"I think Wales had just done a pretty good job on Italy," Iain Henderson recalls, "and we knew we had to score as many points as possible against Scotland going into that [final game].

"We went out, maybe had a slow enough start then we got into it and ended up... I think it was 40-odd points to  11. I can’t remember the exact scoreline, but we were delighted when we finished the game.

"There was like a nervous excitement. It wasn’t a celebration, it was a, 'Right, we’ve done that but it’s not done'. Afterwards, we were upstairs in Murrayfield watching the [France vs. England] game unfold on the screen. Meanwhile, they’re trying to get the post-match speeches, president's chatting and presentations done... all the official stuff was happening but no one was watching any of it. Everyone was just watching the screen, just waiting to see what was happening.

"I remember, towards the end, France went to try play out of there own end-goal area and there were gasps everywhere. A handful of pints had been taken at that stage, and the excitement was through the roof.

"At the end of it, I think it was Rory Kockott playing for France at the time - he booted the ball out on his end-goal after they tried to run the ball out. The place just erupted and we went downstairs. A load of fans was watching outside. They let them all back into the stadium and we got presented the trophy on the pitch. It was a great experience all around."

Henderson and Ireland would prefer to get their silverware with less drama, this Saturday, but they will take the trophies white-knuckle if needs be.


popular
Damien Comer targeted in brutal, chaotic Armagh and Galway brawl
Roy Keane makes good on bet after seeing Cork fall to Dublin
Conor Gleeson's gesture to heartbroken Ethan Rafferty a tonic after sideline brawl
Shane McGuigan does a 'Sueey' Cristiano Ronaldo would be proud of after winning MOTM
Thibaut Courtois gets 'brick wall' tattoo to celebrate Champions League Final heroics
Liverpool set £60m Mo Salah price as contract talks continue
Patrick Vieira claims he was 'much better' than Roy Keane in new interview
You may also like
5 days ago
"Brave" Harry Byrne backed to lay down World Cup marker in New Zealand
1 week ago
"Hopefully we'll come away with a gem" - Joe McCarthy potential sealed Ireland selection
1 week ago
Andy Farrell had an interesting take on Irish provinces being outmuscled in big games
1 week ago
Nathan Collins stuns Ukraine with goal sweeter than Michael Obafemi's
1 week ago
"I got sent the clip!" - Mack Hansen wasn't letting Greg O'Shea forget his Ireland comments
1 week ago
Ireland team Andy Farrell should start in First Test against the All Blacks
Next Page