"It was a real nice touch."

With the rugby season in Ireland, and in the Guinness PRO14, due to return on the August 22-23 weekend, Barry Murphy and Andrew Trimble will be taking a break between seasons of House of Rugby.

END_OF_DOCUMENT_TOKEN_TO_BE_REPLACED

Taking the show into that July break, the former Ireland internationals are taking turns to interview each other on their respective rugby careers, as well as life after hanging up their respective boots.

First up was Trimble, who played over 290 games in his career for Ulster and Ireland. Week 14 of remote recording for Baz & Andrew's House of Rugby saw Trimble and Murphy joined for the career retrospective by another former Ulster and Ireland star - Chris Henry. 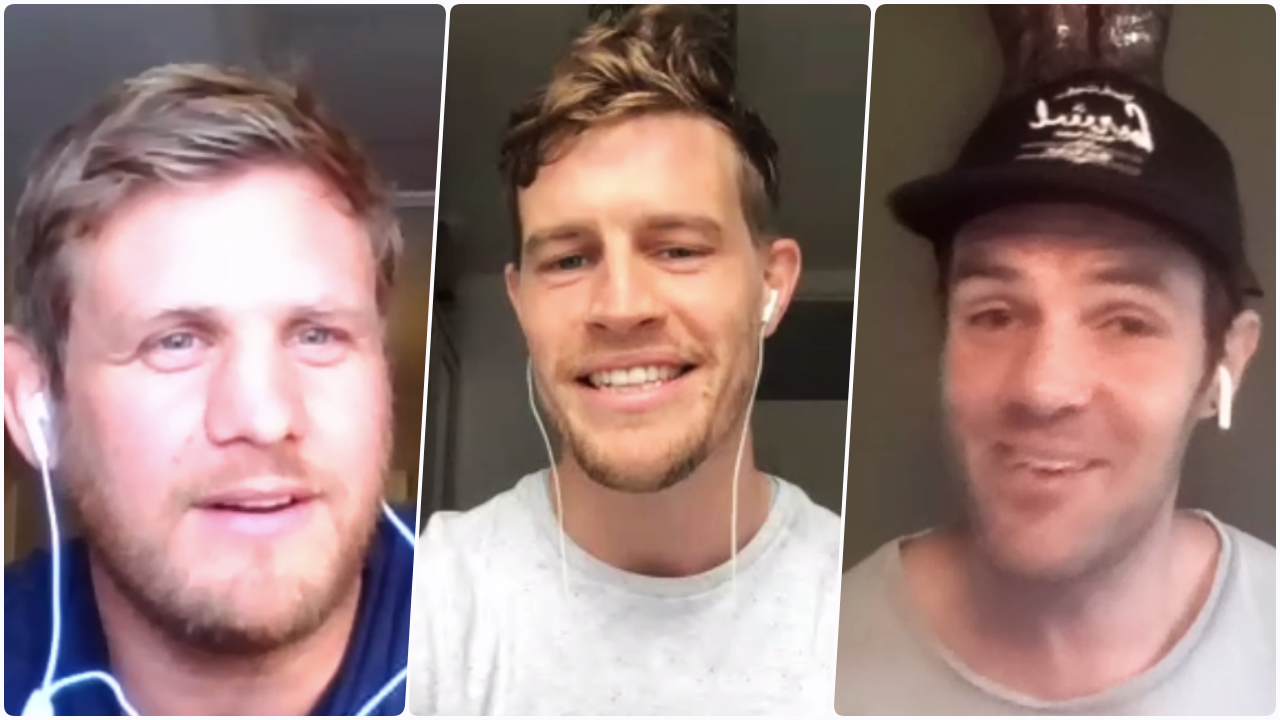 Trimble was 20 when he made his senior debut for Ulster. He would go on to win the Celtic League with his home province in his first full season, during which he got to play with a few of his rugby heroes.

"I loved David Humphreys growing up," Trimble recently recalled. "I’d played for Irish Schools in Upper Sixth and a my dad got a picture of David Humphreys at my rugby club one night, in a raffle or something.

"A friend of mine sent it off to David Humphreys and he signed it and gave it back to me with the words – ‘Congratulations on your selection for Irish Schools. Look forward to seeing how your rugby career progresses’. And this went up on my wall.

"And then, fast-forward two years, three years and I was playing week-in, week-out with Humph, and it was class. A class experience." 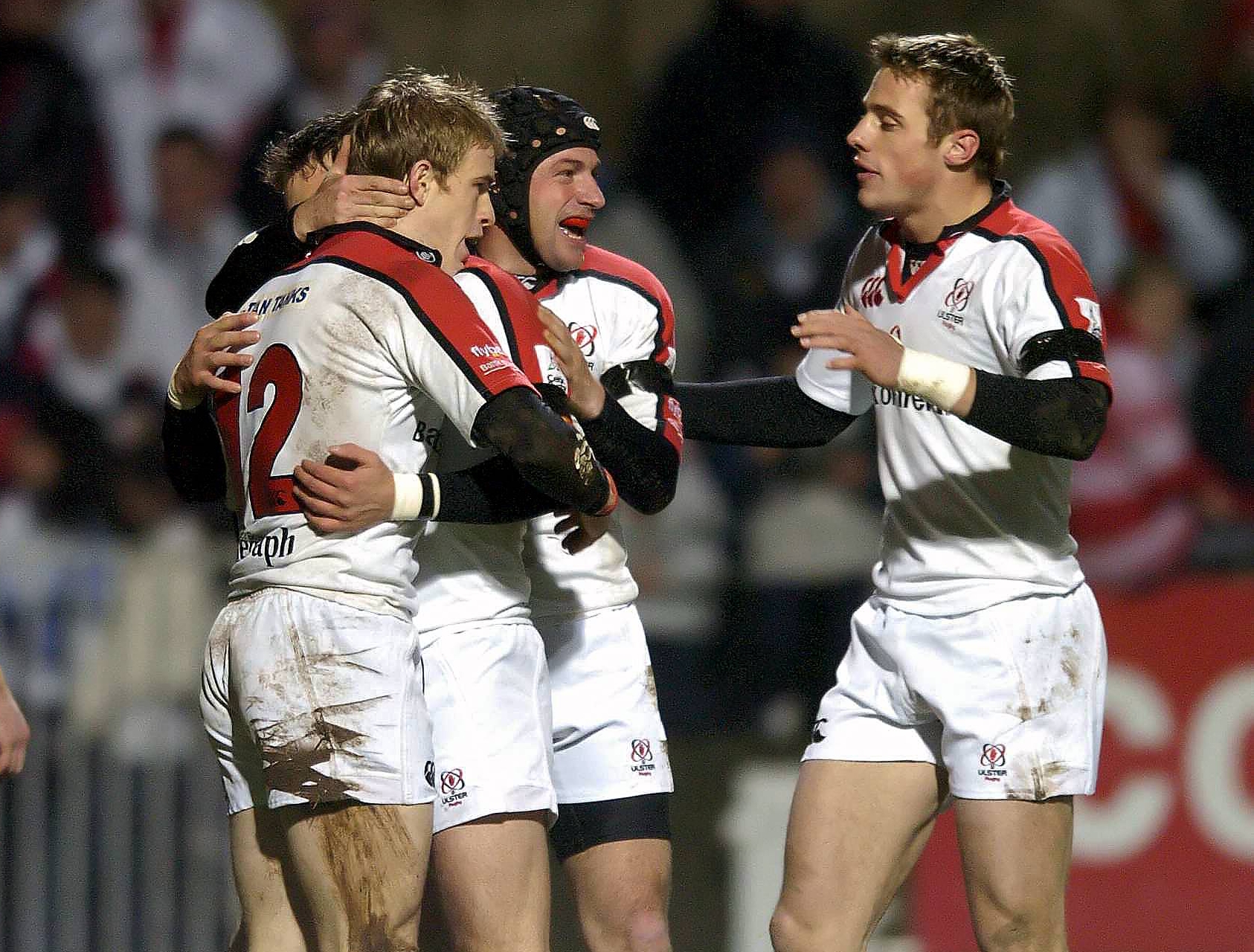 Before that league success, though, Trimble was already lining out for Ireland in the 2005 autumn internationals. With Brian O'Driscoll still recovering from the shoulder injury he sustained on the Lions Tour, Trimble was drafted in by Eddie O'Sullivan to play 13 in midfield beside Gordon D'Arcy.

Humphreys, his idol turned teammate, was invaluable for easing his nerves before his highly anticipated Test debut against Australia. Trimble recalls:

"I remember Humph, before that first game, saying, ‘Try not to be overawed by the occasion and, at some stage, just make sure you look around. The old Lansdowne Road, just packed to the rafters. Just have a look around and just drink it in, enjoy it and just be in the moment’.

"And what a great piece of advice. And I remember, actually, a break in play, just looking around and thinking, ‘This is incredible’. I was just a dream come true. It was amazing." 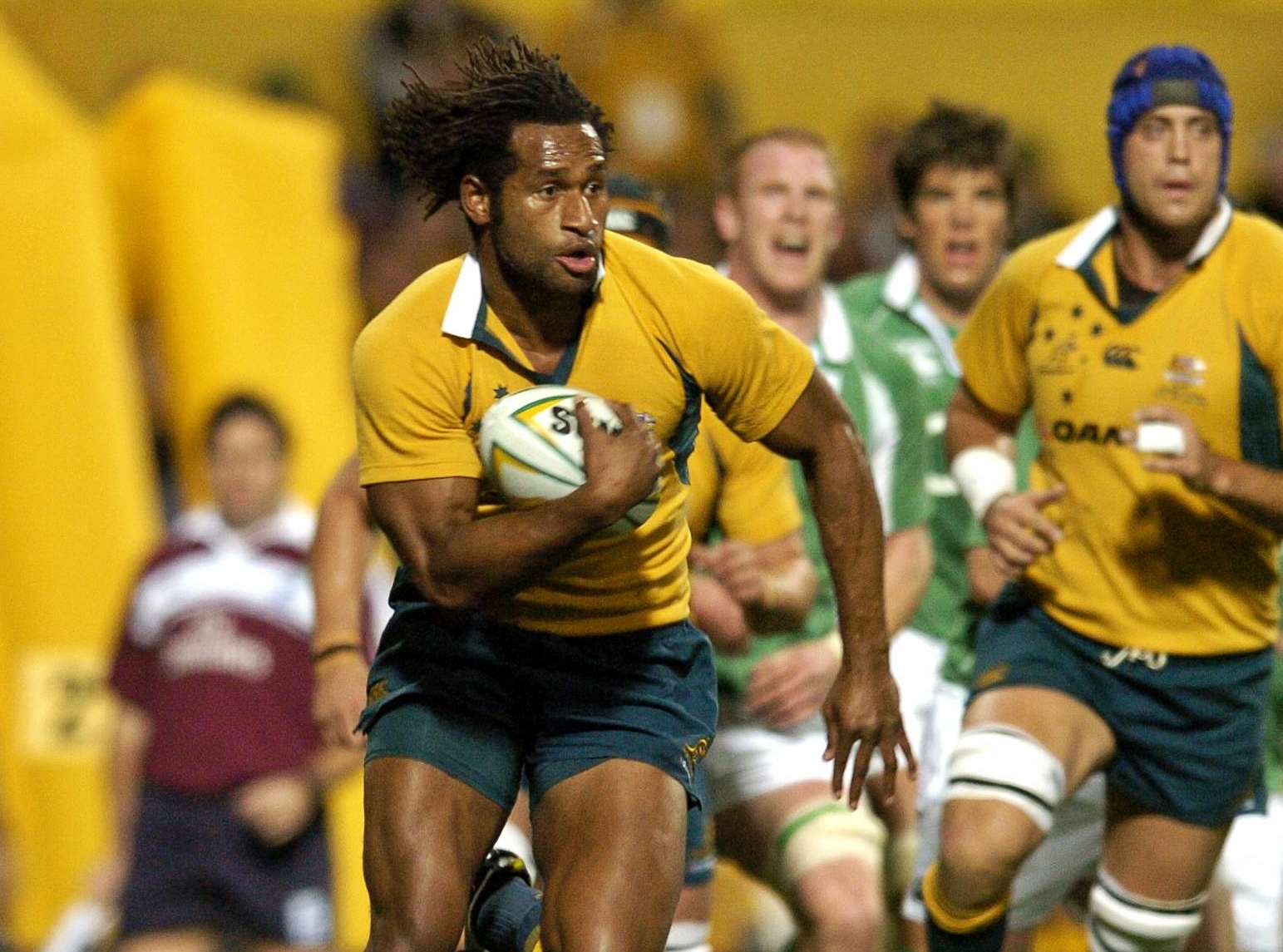 Ireland and Eddie Jones' Australia battled it out in a tight first half but, inspired by two Drew Mitchell tries, the visitors won the day. In the end, a late Shane Horgan try added a sheen of respectability to the scoreline.

As the final whistle sounded, Trimble was approached by two of the Wallabies' biggest stars and he can still vividly recall how sound they were.

Trimble would go on to score a brace of tries against Romania the following week and add 68 more Test caps over the next 12 years, with the highlights coming with the 2014 Six Nations championship and helping Ireland to beat New Zealand for the first time, in November 2016.


popular
Talksport presenter puts Martin O'Neill to the pin of his collar over Declan Rice and Jack Grealish
World Cup Power Rankings: The top eight pundits of the tournament so far
World Cup Power Rankings: The top 10 players at the tournament ahead of the quarter-finals
Rory McIlroy explains 'falling out' with Shane Lowry that lasted a few years
Ariel Helwani shares Paddy Pimblett WhatsApp messages as spat becomes public
Roy Keane scores winning goal past Micah Richards in ITV v BBC pundits match
Ballyhale's Colin Fennelly felt Ballygunner's victory speech was disrespectful
You may also like
1 month ago
Taking on the Dublin City Marathon? Here are 4 top training tips to help you prepare for the run
1 month ago
Looking for healthcare on-the-go? This handy online prescription service could be the perfect solution
5 months ago
Join our ultimate sports quiz in Dublin for a chance to WIN a trip to a Premier League game
8 months ago
Join Munster legend Billy Holland for this free mortgage masterclass
10 months ago
[CLOSED] COMPETITION: WIN a two-night stay at the luxury Trident Hotel in Kinsale Harbour
11 months ago
Here's where you can find some incredible deals on exercise machines in 2022
Next Page